$1b plan to save Great Barrier Reef will fail without climate change action, expert says

The Morrison government's billion-dollar plan to save the Great Barrier Reef has been criticised by a scientist who says it will mean nothing if global carbon emissions are not reduced.

The nine-year plan announced today in Cairns is the biggest single investment ever made in the reef and will support the development of technology and water management practices.

It comes after the 344,400-square-kilometre ecosystem narrowly avoided being listed as "in danger" by UNESCO last year.

"Without a mention of climate change in this announcement … it's not looking great," she said.

"What we've already seen with one and 1.2 degrees of global warming is three million heat waves within five years resulting in 98 per cent bleaching on reefs worldwide.

Paul Crocombe runs a dive business in Townsville and has been working on the reef for more than 40 years. 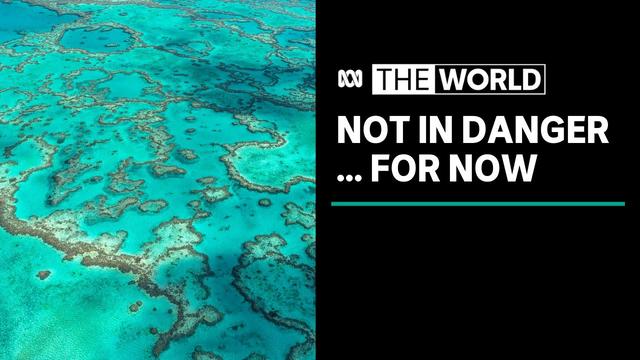 He welcomed today's announcement, saying it was "better late than never".

"We get drought, we get a lot of exposed soil, and they we'll get a cyclone and a flood and that soil will wash down into the ocean," he said.

Mr Crocombe hoped people would become more aware that what they washed down their drains ultimately affected the reef.

He also felt many believed the reef was beyond repair, but he said the reef had the potential to be "very good for a long time" provided it was properly cared for.

Opposition Environment spokeswoman Terri Butler said she viewed today's announcement as an admission of failure from the government.

"Their only policy to date has been giving half a billion dollars to a tiny charity behind closed doors in a backroom deal and clearly they're admitting that hasn't been enough," she said.

Ms Butler said if the government had taken "real action" on climate change the reef's health would not be in such steep decline.

"This is a government that is desperately trying to scrabble in relation to the reef after a decade of mismanagement," she said.

Ms Butler said Labor supported immediate action, but would not comment on whether the party would match the $1b commitment.

"The government's announcement is for funding over 10 years,'" she said.

"We don't even know how much of this money is suppose to be spent immediately and how much is spent in year seven, eight, or nine."

Labor has pledged to spend $163 million, including an additional $63m to the Reef 2050 program.

Shadow Treasurer Jim Chalmers said the Prime Minster had turned an environmental issue into a political one and that Australians would see through the timing of the announcement.

"We know that Scott Morrison doesn't care about the reef — if he did he would have done something about it over the last decade the Liberals and Nationals have been in office," he said.

When asked if the funding adequate and whether the government should have focused on reaching net zero by 2030, Mr Morrison said the reef had always been a priority.

Mr Morrison said the funding came on top of $2b already invested in its sustainability plan.

"We are backing the health of the reef and the economic future of tourism operators, hospitality providers and Queensland communities [who] are at the heart of the reef economy," he said.