TALLAHASSEE, Fla. – The Florida State soccer team had 10 Noles named to the 2021 Women’s Soccer All-ACC Academic Team, as announced by the conference on Thursday. Gabby Carle was also named the ACC Women’s Soccer Scholar-Athlete of the Year.

Carle, who graduated in December with a degree in exercise physiology with a perfect 4.0 grade point average, was recently tabbed a CoSIDA First Team Academic All-American for the second time in her career. She helped lead the Seminoles to their third national championship and eighth ACC Championship this past year.

The native of Levis, Quebec, Canada, Carle earned the NCAA’s Elite 90 Award presented annually to the student-athlete with the highest GPA among competing teams in the NCAA College Cup.

Carle started 23 matches for Florida State and was a member of the Seminoles backline that recorded 14 shutouts and allowed just 13 goals in 25 games. She tallied a career-high 12 points during the year with a personal-best three goals and six assists.

Gabby Carle, Kristina Lynch, Emily Madril, Jenna Nighswonger, Kirsten Pavlisko, Cristina Roque, Lauren Flynn, Beata Olsson, Maria Alagoa and Clara Robbins all were recognized for their success both on and off the field. 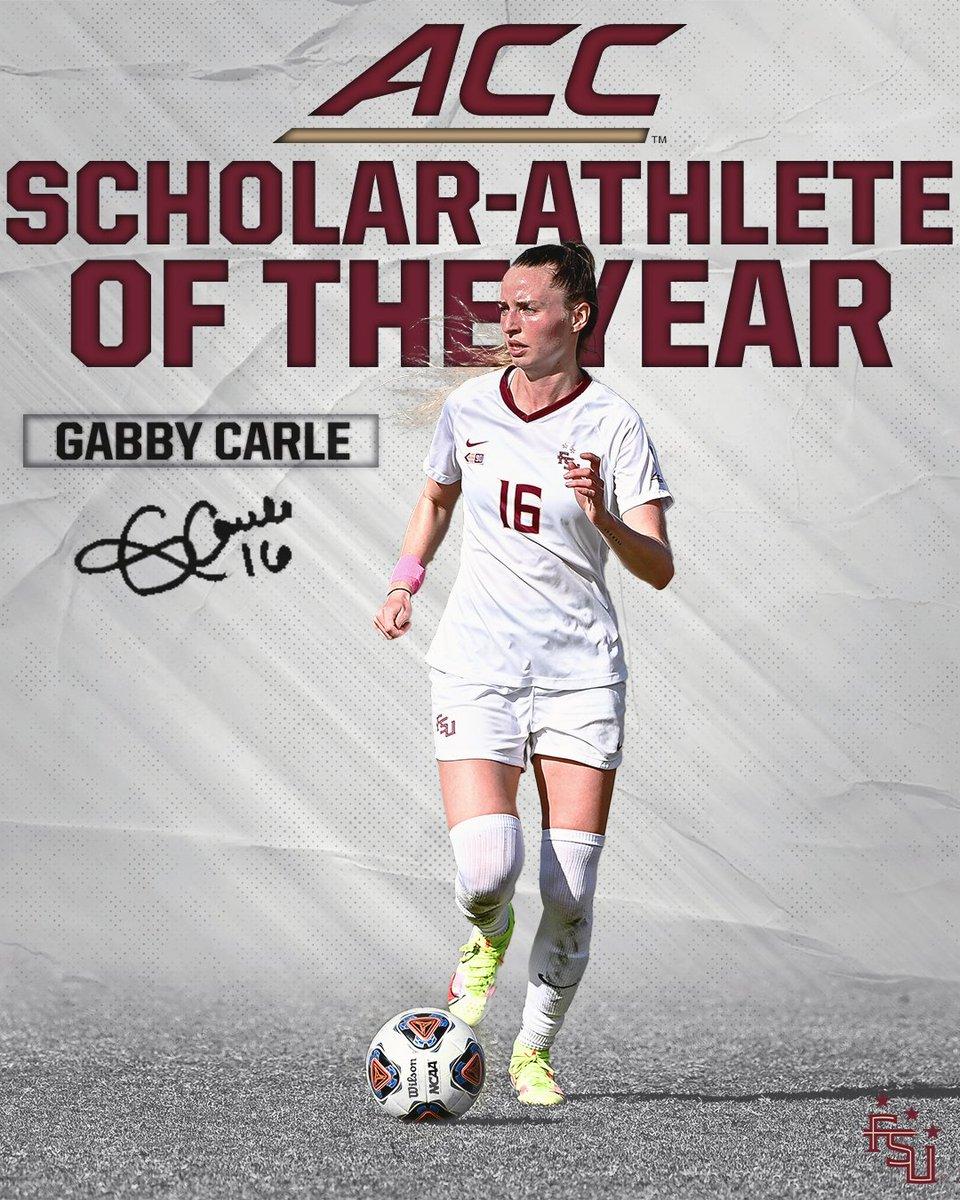 The ACC Honor Roll, which recognizes all conference student-athletes with a grade point average of 3.0 for the current academic year, will be released in July.