Emojis: The pride of digital language

If you use social media or instant messaging apps, emojis are the salt and pepper to your dish (pun intended). So, it’s natural they evolve with the ongoing dialogue — as we work towards equality and inclusivity. On World Emoji Day, we talk to some members and allies of the LGBTQIA+ community on how the departure from binary emojis helped catalyse the conversation around the gender spectrum.

Since 1995, the Unicode Consortium, a non-profit organisation, approves and standardises emojis across platforms. And, a three-gender formula was first introduced in their 2019 edition, Emoji 12.0, with the addition of a gender-neutral person standing, kneeling and holding hands with another person. The subsequent version, Emoji 12.1, in 2020 saw the addition of gender-neutral professionals, too.

“Emojis are a part of every conversation; it is the language we use. They could be a small step in providing the respect and sense of inclusion that people are struggling to find in the world,” opines Samyak Jain, 24, an architect and artist. Echoing similar views, Rishi Raj, 20, a student, says, “They will help a lot in self-expression and will have a large socio-cultural and political impact.”

It was in 2020, however, that Unicode saw a breakthrough with Emoji 13.0 and 13.1. They introduced the transgender flag, transgender symbol, non-binary and interracial couples, among others. “When the rainbow flag and the trans flag came out, queer people started using them all over social media. So, fewer people can deny it if it’s right there in their face and is being widely accepted and affirmed,” adds Raj.

Ramkrishna Sinha, 34, co-founder of a diversity and inclusion consultancy, echoes the thought. “The three-gender emojis help in two ways. Firstly, non-binary people see themselves represented instead of being erased, which is amazing. And secondly, it’s educational — any curious user scrolling through emojis may just pause and wonder about what they mean,” he says.

We now have emojis that defy stereotypical gender roles, such as 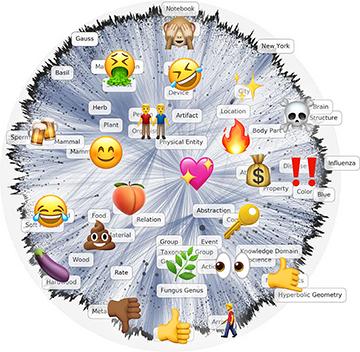 a woman in a tuxedo, Mx Claus and a moustached man in a white veil (Photo: Facebook)

While some emojis are simply colour coded — purple (women), orange (gender-neutral) and blue (men) — with different hairstyles, others employ props to inform perception, and the third sub-class is about challenging the stereotypical gender roles and expectations. But how much can androgynous glyphs really help queer and non-binary folk represent themselves in a way that isn’t gendered? “Nothing can capture the nuance and complexity of individual human experience, let alone a glyph. However, just how the direction signs don’t tell you much about the vivacity of the place they point to, they are necessary for a lot of us to remember where we are going and where we are on the map,” muses Deepak Kashyap, 35, a psychotherapist and corporate trainer.

So, while three-gender emojis can’t capture the spectrum and dynamism of gender, they employ signifiers that feel neither male nor female, or both male and female, for a reason. “As gender lives dynamically and on a spectrum, we need signifiers that have the potential to convey the ambiguity,” said Jennifer Daniel, head of the Emoji Subcommittee for the Unicode Consortium, during a presentation in Santa Clara.

But is there a way to address this lack of dimension in terms of gender portrayal? “It’ll be difficult to devise an exhaustive list of emojis where every gender is represented; there’s a whole range of expression there. So, retaining ambiguity could be a great step between finding representation and full representation. But it shouldn’t become a stereotype, that it’s all that non-binary can mean,” suggests Sinha.

And urging people to work on deeper issues, Raj adds, “This lack of representation stems from the fact that there’s a lack of queer representation in the offices where the emojis are conceptualised and approved. Someone else shouldn’t make ill-informed and delayed decisions for us.”