it does not have a problem with pay inequality. Skeptical Apple employees have been trying to verify that claim by sending out informal surveys on how much people make, particularly as it relates to women and underrepresented minorities. But the company has shut down three of those surveys, citing stringent rules on how employees can collect data. Now, multiple labor lawyers tell

the company may be violating worker protections: the surveys can be considered a form of labor organizing —

, employees have the right to discuss pay.

“Apple cannot bar its employees from discussing pay equity as it relates to protected classes,” says Vincent P. White, a labor lawyer with White, Hilferty & Albanese. “If they were, they could tell people not to talk about pronouns. The logical outgrowth of that doesn’t even track. I view their effort to shut this down as an act of retaliation.”

The first known survey began in the spring and asked people to volunteer salary information in addition to how they identify in terms of race, ethnicity, gender, and disability. After about 100 responses, Apple’s people team — the company’s name for what is commonly called human resources — asked employees to take the survey down, saying the demographic questions constituted personally identifying information, or PII.

Last week, employees tried to start another pay equity survey but were again told to take it down because it included a question on gender. When they created a new survey without the gender question, the Apple people team allegedly said it had to be shut down because it was hosted on the company’s corporate Box account.

“This is like a 2021 version of a foreman on the docks telling people they can’t compare their wages way back in the 1800s,” says White. “This isn’t new. It’s just the newest version of ‘you can’t talk about your pay.’”

“Those rules may themselves violate the protected right to concerted activity — while [Apple] might point to these handbook type rules that you’ve agreed to not do this as a condition of employment, that doesn’t mean they can legally prevent employees from doing what they’re doing,” says Veena Dubal, a law professor at UC Hastings.

Now, Apple engineer Cher Scarlett has started a new survey on Typeform, which she is paying for out of pocket. “I was looking at levels.fyi (a website that lets people comp

are salary data across companies) and noticed a few very low salaries in a certain geographic area that were 10 to 15 percent lower compared to other people on the team,” Scarlett says. “Every time I looked at gender, they were women. I’m not going to say that’s a definitive issue, but it’s a prompt for anyone to ask if this is a widespread problem. We should be able to easily find out whether or not that’s the case so we can know whether people are truly being paid fairly.” 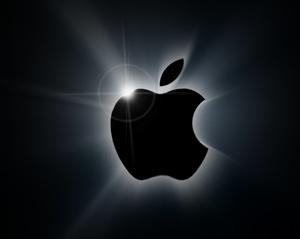 The new survey, which has nearly 500 entries, asks employees to volunteer information on their salary, level, team, latest RSU grant, tenure at Apple, geographic location, signing bonus, relevant work experience, as well as whether they’re permanently remote, and a member of an underrepresented race or gender.

“We want our colleagues and industry peers to have the knowledge of Apple’s pay bands and to give minoritized employees and prospective employees the confidence to negotiate fair wages and bonuses,” the survey reads.

Grace Reckers, an organizer with the Office and Professional Employees International Union, says the fact that this information is all voluntary should protect employees. “This is protected activity — because you’re opting into the survey, I don’t even know how the PII excuse would work or matter.”

Scarlett says Apple’s response to the surveys has only made employees more suspicious: “I don’t think anyone is going into this saying there for sure is a wage gap, whether that’s gender or race or disability. But it is concerning to everyone that every single time someone tries to create more transparency, Apple shuts it down. It makes it feel like maybe there is a problem, and they’re already aware of it.”

In 2018, Apple’s mean and median gender pay gap for employees in the UK was

12 percent in favor of men

. That’s 5 percentage points below the overall gender pay gap in the UK. The company has to publish this data under UK law, but it does not have the same requirements in the US.

saying it had fixed the problem

Apple did not respond to a request for comment from