Technology Addiction: When Is Technology Too Much?

When was the last time you checked your phone? Be honest. I've probably picked up my phone a few times while writing this article, purely out of habit. If you wanted to, could you shut off your phone and not use the internet for 24 hours? 72? A week? Oftentimes, the answer is no, and we understand why. Technology is becoming increasingly ubiquitous in our school, work, and private lives.

In this new, ultra-connected world, many of us feel we have to stay plugged in.

A recent report published by Statista unveiled that as of July 2020, about 59 percent of the global population, or 4.57 billion people, are active on the internet. Simultaneously, the Pew Research Center's insights have showcased a consistent upward trend in smartphone ownership across the world. However, when does technology cross the line of being a useful tool to become a problematic addiction?

Technology addiction is not always easy to recognize, but it does exist. When people use the term technology addiction, they are generally referring to an excessive interest towards internet platforms, apps, and tools, and the use of social media pages, as well as the excessive use of smartphones or other smart devices.

As we use these devices and platforms more and more each year, researchers are finding it increasingly important to examine how technology affects us, both psychologically and physiologically. And, it does affect us, in more ways than you think, impacting our mental health, weight, attention span, and even our real-world relationships.

Much of the modern technology that we use holds the promise of connecting us. Indeed, it does do that. However, on the other face of the medallion, science and medicine suggest that an excessive reliance on technology can be alienating and even destructive for some.

Are we becoming "tech zombies"? How do we define technology addiction?

It is time to talk about our addiction to technology. We might not have a Walking Dead-style zombie apocalypse to deal with, but we do have plenty of technology zombies walking around. NYU professor Adam Alter thinks this is really happening. In his book Irresistible, Dr. Alter discusses the addictive perils of modern technology, and gives some eye-opening statistics, like how an average millennial picks up their phone 150 times a day. He also believes that 40% of people have some kind of internet-based addiction. And, it is not entirely our fault. Much of the technology around has been purposely designed to be addictive. Dr. Alter equates the gratification that you receive from opening up Instagram and seeing a notification to gambling on slot machines. So, how does one properly define technology addiction?

Technology dependence is an umbrella term that includes addictive behavior towards video gaming, social media, texting, gambling, cybersex and online porn, eBay and other online auctioning or shopping platforms, as well the general overuse of smartphones. Technology addiction is more widespread than you may think. According to a study published by the International Journal of Neuropsychiatric Medicine, one in eight Americans suffer from a form of problematic use of the internet, what's more, these rates being as high as 30% in some countries around the world. In the U.K., it has been estimated that adults spend approximately 8 hours 41 minutes a day on screens; that's more than how much they sleep. But why does this happen? 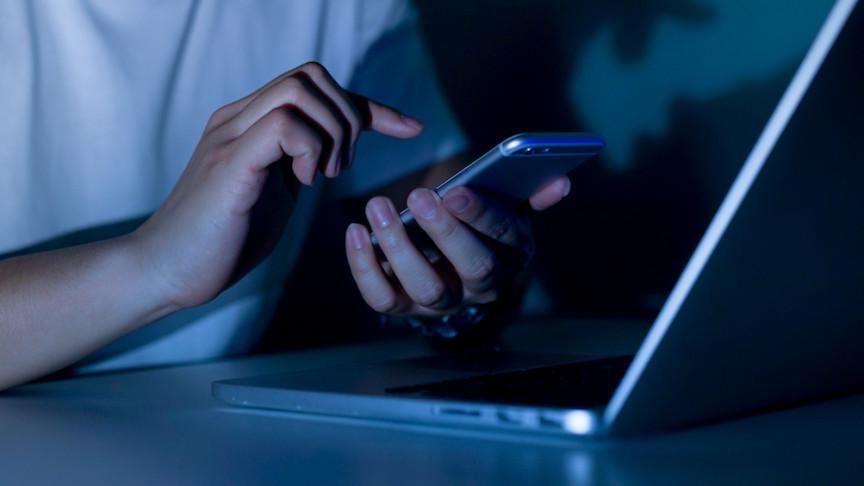 Overuse of modern technology can bring on chemical changes that are similar to those caused by substance abuse. This explains why people who use technology for extended periods of time develop dependencies.

People can also go through withdrawal once they stop using social media or other forms of technology. However, it is important to note that technology dependence is yet to be classified as an official mental health condition, and researchers instead favor the use of the term, "obsessive or compulsive online behaviors." There is still a lot to research and learn about our relationship with technology.

Technology addiction is a result of a combination of biological, genetic, and environmental factors.

Addiction to tech likely stems from a combination of biological, genetic, and environmental factors. People who are dependent on technology are more likely to have preexisting mental health conditions like depression, anxiety, social phobias, and sleep disorders. People prone to low self-esteem or those who deal with a lot of stress at work and home are more likely to develop compulsive technology behaviors. There are warning signs to look out for if you are worried about technology addiction.

Some of these include a sense of euphoria while plugged in, feeling anxious, ashamed, guilty, or depressed as a result of technology use, skipping on sleep, and dishonesty about technology use. There are even some physical signs to look out for, like sudden weight gain or loss, carpal tunnel syndrome, headaches, and neck or backaches.

How much time a day do you spend on social media? Most smartphones allow you to be mindful of your screen time, breaking down the exact amount of minutes you spend on individual apps and on the internet. If you were to guess, where does the majority of your time go? Instagram? Facebook? Pinterest? Reddit? 9GAG? Roughly, one-third of the population uses social media, with an estimated 210 million people demonstrating some addictive behaviors towards such platforms, according to a report published in Science Direct.

As mentioned before, it is not entirely our fault. Social media has taken design cues from the world of gambling. Social Media is designed to capture our attention for as long as possible and as frequently as possible. Notifications, algorithmic content, and bottomless feeds keep us coming back for more. But, there is also another phenomenon at play, FOMO, or fear of missing out.

FOMO drives a lot of us onto the internet, fueling a lot of people's anxieties. Think about it. No one wants to be left outside the loop. You want to see your friend's latest travel pictures, the latest technology news, that meme your friends have been sharing in the group chat or discover the latest event in your city.

Even more so, if your friends are all using social media, there is a sense of pressure to make sure you stay in the loop to maintain your social connections. In a study led by a team from the University of Duisburg-Essen in Germany, researchers looked at FOMO and how it affects people's daily lives. Involving 270 participants, the study discovered that online communication apps give people a way to escape from the negative feelings and conflicts of real life, but that using them excessively for this purpose can also turn into an addiction.

As mentioned in the study, "Users should be taught that Internet-communication applications are not the only way to initiate or stay in contact with others and satisfy their social needs. Individuals should be offered alternative strategies and opportunities for connecting with other people without having the feeling of missing out on something."

Though occasionally viewed as a meme, FOMO is powerful and is becoming a common tool on social media platforms to keep users online as much as possible. Who would want to miss out? Sadly, there are correlations with high social media use and anxiety, depression, and even narcissism. Interestingly, those who have greater life satisfaction tend to be less likely to be addicted to technology.

Who doesn't enjoy playing a good game after a long day at work? There is nothing wrong with that, of course. However, there has been a massive rise in gaming addiction across the world, impacting both psychological and physical health of people. For example, The massively successful MMORPG game World of Warcraft has its fair share of addicts, with a rising number of players entering recovery groups like Wowaholics Anonymous. However, gaming addiction does not seem to behave in the same way as some other addictions discussed in this article. Some research illustrates that those who suffer from internet gaming disorder often don't have dramatic withdrawal symptoms once they stop playing, unlike with other addictions.

Are you addicted to technology?

Using technology is almost unavoidable. However, when possible, it is healthy to take a detox break from technology. Some studies have pointed to improved overall happiness after taking a week off of social media. In fact, the CEOs of many high-tech companies often forbid their children from using the tech they themselves design. However, if you are worried you are spending too much time on technology, you should ask yourself some of the following questions.

Do you feel preoccupied with the internet, constantly thinking about your next session? Do you feel you need to have your smartphone with you at all times, including when you sleep? Have you tried to cut down your use on technology but have struggled? Do you feel more anxious when you use your phone? If so, perhaps it is time to take a technology detox.