Location： Home / Technology / The best MacBook for video editing in 2021

The best MacBook for video editing in 2021

If you're after the best MacBook for video editing, you've come to the right place. Apple's laptops are formidable devices when it comes to editing videos, and it's why they are so popular with professionals and amateurs alike.

Packing powerful components, gorgeous screens and industry-leading designs, MacBooks are ideal choices for film makers who want a portable powerhouse to do their work on.

If portability isn't your top concern, but affordability - or raw power - is, then we also have the best Macs for video editing as well.

As with MacBooks, they run Apple's macOS operating system, and come with Apple's renowned build quality. Of course, as desktop PCs, they are not as portable - which means they are bigger, heavier and need to be plugged in. This has its strengths and draw backs. In the case of the Mac mini, it means it's cheaper than any MacBook, though you need to invest in a monitor. Meanwhile, the Mac Pro offers the kind of performance even the most powerful MacBooks can't compete with.

Make sure you check out our collection of

to get a bargain if any of these Macs and MacBooks for video editing take your fancy. If you'd like to see some Windows 10-powered alternatives, then we also pick the

The best MacBooks and Macs for video editing

Sure, the 16-inch MacBook Pro isn't the most recent MacBook for video editing on this list, but it's still our pick as the best. This is thanks to its gorgeous 16-inch screen that means editing videos on this laptop is a joy, alongside some of the most powerful components you're going to find in a laptop - even if they are starting to age a little bit.

There's rumors that a new MacBook Pro 16-inch model is coming sometime in 2021, but even still, the current model remains a truly excellent MacBook for video editing. It's expensive, and may be overkill for people who just want to edit their home movies, but if you have the budget for it, you'll find this to be an excellent investment.

Not a huge boost over cheaper MacBook Air

The MacBook Pro 13-inch (M1, 2020) is the best MacBook for video editing if you're looking for something more portable. The smaller 13-inch screen doesn't give you quite the amount of workspace as the 16-inch model above, but it's still gorgeous, with support for the P3 color gamut - essential for most professional filmmakers.

While this latest model looks the same as previous versions on the outside, Apple has made big improvements on the inside, thanks to Apple's new M1 chip. Not only does this offer excellent performance, even when editing 4K and even 8K footage, but it also means battery life has greatly improved. This means you can work on your masterpieces for hours on end without having to plug it in.

The best Mac for video editing

Mac mini may offer better value for some

Apple's iconic iMac got a huge new redesign in 2021. Not only has it got a bold new look (which comes in various colors), it's thinner, lighter

comes with a larger 24-inch screen compared to the 21.5-inch model it replaces.

Best of all, it feature's the Apple M1 chip - the same one that powers the 13-inch MacBook Pro above. This means it's just as powerful as the MacBook, but offers a larger screen, and many people will find it more comfortable to work on. It's also more affordable, though you do miss out on the sheer portability that the 13-inch MacBook Pro offers.

As far as desktop PCs go, it's an excellent device to edit videos on. It's all-in-one design means the computer is built into the screen, so there's no awkward wires or cables to plug in. Just hook it up to a power source, connect the wireless keyboard and mouse, and away you go.

Not a very attractive design

If you're after an absolute powerhouse of a Mac for video editing, and you've got plenty of budget, then the

is definitely worth investing in. The Mac Pro can be configured to come with hardware that makes intensive video editing tasks complete much faster than less powerful PCs, and this can have a huge impact on your workflow.

While it is very powerful and very expensive, there are plenty of configuration options, which lets you pick the specs that best suit your needs and budget. It's also got a modular design, which means unlike Apple's other devices, like the iMac above, it's easy to upgrade parts of the system later on. This means it can be future proofed for years to come.

The Apple Mac Pro won't be for everyone - for many, it will be overkill - but if you need the very best performance out of a video editing Mac, this is the machine to get. 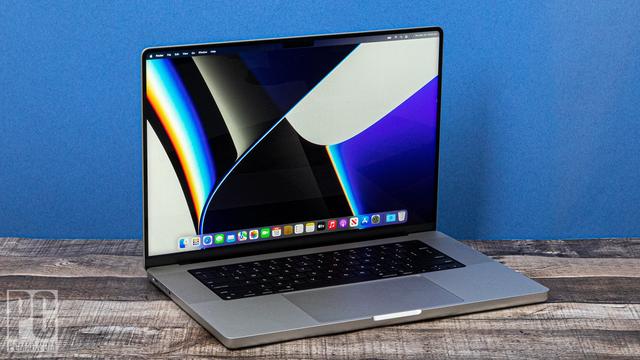 Apple radically overhauled its most affordable MacBook, the MacBook Air, at the end of 2020, and the upgrades means it's one of the best MacBooks you can buy for video editing. This is because it now comes with the same ARM-based Apple M1 chip as the more expensive MacBook Pro 13-inch.

So, it's got a tremendous amount of power under its hood, and can easily handle editing 4K video in Final Cut Pro without breaking a sweat. Its fanless design also means that it is pretty much completely silent when in use. And, as with previous MacBook Airs, it features a gorgeous thin and light design that makes it easy to carry around with you.

Also, for the first time in a MacBook Air, the latest model supports the P3 color gamut, which means the screen can display accurate colors, a consideration that is incredibly important for video editors.

is a brilliant compact Mac for video editing, and has recently been upgraded to include the new Apple M1 chip, which packs an 8-core GPU. This means despite its small size, this is a

and you've got a great setup that looks fantastic on any desk.

The base model features the Apple M1 chip with 8-core CPU and 16-core Neural Engine, and there are four expansion ports at the back for either USB or Thunderbolt external storage, plus HDMI 2.0 to simultaneously support two displays. However, unlike older Mac minis, you can't add an external GPU, which is a shame, as that was a good way to boost the video editing chops of this tiny Mac.

It's also the same hardware found in the new iMac 24-inch model, and offers very similar performance, but without the built-in display, and for quite a bit less money. If you already have a monitor you love using, then the Mac mini is a great alternative to the new iMac, and can save you a decent amount of cash.

A larger iMac for video editing

Can be configured to be very powerful

Design is getting old

If you're after a powerful, and stylish, Mac for video editing, with a large display and solid build quality, than the

is worth considering. Released in 2020, this model comes with cutting edge components from Intel and AMD, with the latter's powerful graphics card being particularly useful for video editing.

That discrete graphics card is perhaps the biggest reason why you'd buy this slightly older iMac, rather than the smaller and newer iMac that Apple recently released. That one uses Apple's M1 chip, which is an excellent performer, but it means you rely on integrated graphics. For most video editing tasks that's fine, but it can't compete with the discrete GPU inside the 27-inch model.

The webcam and built-in microphone has also been improved, which is handy for many people who now find themselves working from home. Sure, the design of this iMac hasn't changed, which makes it look outdated compared to the new 24-inch iMac, but it's still impressively slim and stylish.

An epic iMac for video editing

If you're after a high-end powerful all-in-one Mac for video editing, then

may be for you - as long as you have the budget for it.

Starting with an 8-core Intel Xeon processor, the least expensive iMac Pro option is already immensely powerful, with an outrageous 18-core option for those who can afford it. 1TB to 4TB of SSD internal storage means that you'll be able to store tonnes of 4K footage before you need to think about additional

. And it's not short on ports, either, with four Thunderbolt 3.0 ports and a 10GB Ethernet port.

The built-in screen is also one of the finest around, with a 27-inch screen size and 5K resolution. It's showing its age, however, and it feels like Apple has lost interest in the iMac Pro, with the 24-inch iMac getting a complete redesign, and the 27-inch iMac getting a performance boost that puts it closer to this beast, but for a lot less cash. Meanwhile, there's been no hint of a new iMac Pro for a while now.

Disney's real-world lightsaber has Star Wars fans up in arms

How to craft a powerful logo shape

The best MacBook webcam in 2021