The Handmaid’s Tale Closing In on End Date at Hulu

Hulu's biggest series could be about to take its final bow.

, the creative forces are in negotiations with Hulu about how and when to end the Elisabeth Moss-fronted drama.

“The success of The Handmaid’s Tale remains paramount for us,” Jordan Helman, Head of Scripted Originals at Hulu, told Deadline of the show's future.

“That said, what is also most important to us is that we close out that show in creative fashion that feels organic so we are in constant communication, literally right now, talking with Bruce [Miller], Lizzie [Moss] and Warren [Littlefield], about what the best way to end The Handmaid’s Tale is."

"We haven’t landed on an answer... I imagine we’re going to be able to answer that question in the coming months.”

Understandably, this raises many questions about when the series will end, but with the future being in flux, it makes it difficult to imagine production getting underway until Hulu and the creative team land on an answer.

The series is popular with critics, fans, and the awards circuit, so there always will be a desire to end it when the show is still creatively fresh.

The recently wrapped fourth season featured several milestones, including June making her way to safety in Canada and a shocker of a finale that changed the fabric of the show forever.

The good news is that the show remains popular, with

If you don't want to exit the corrupt world of Gilead, then you'll be happy to know that Hulu already has the next project in the world set in the same universe. 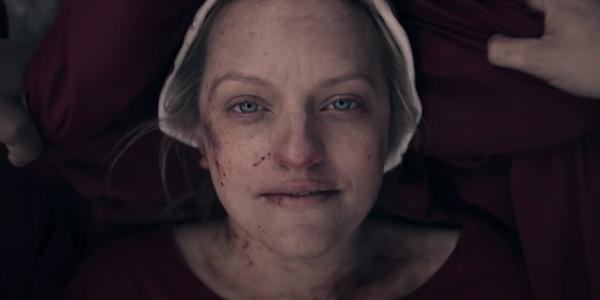 As previously reported, a TV adaptation of The Testaments, the sequel to the original novel, remains in the works.

But it seems likely that the series will not come to pass until the end of The Handmaid's Tale.

"The birth of The Testaments on Hulu and the eventual end of The Handmaid’s Tale are related, we’re figuring out that as we speak,” Helman told Deadline.

While viewer interest remains high, Helman is not closing the door to future projects set in the universe but cautions that it will all come down to "creative integrity."

Many franchises become diluted due to expanding the world with various projects that are rarely as well-received as the original.

Alas, we'll be waiting some time to find out what will become of The Handmaid's Tale, but from a storytelling standpoint, it might be a good idea to consider ending the show with Season 5.

What are your thoughts on the news?

Do you think it's time to conclude the series?

is the Associate Editor for TV Fanatic. Follow him on