Energy doesn’t seem to be a problem for Josh Tyler, who graduated with a master's degree in electrical engineering. Academically, he hasn’t stopped walking since arriving at the University of Tennessee at Chattanooga in fall semester 2017.

He earned an undergraduate degree in electrical engineering in spring semester 2020 and started pursuing a master’s degree in fall semester that same year.

With a master’s degree in hand, he’ll start work on a Ph.D.

in computational engineering in fall 2022, figuring it will take three years to finish.

Along with nine graduate hours of coursework this semester, he worked 20 hours a week as a research assistant for Donald Reising, associate professor in electrical engineering.

“He is a great student to work with because of his passion and willingness to take on any task no matter how complex it may seem. He has been an invaluable asset within my research group,” Reising said.

So what’s Mr. Tyler’s summer going to be like? Some downtime? A breather? The beach maybe?

“There are some fun research projects.”

Despite his ironclad drive to succeed, Mr. Tyler admitted there were moments of doubt after he entered the master’s program.

“Initially, there was some of that imposter syndrome. ‘Do I belong here? Am I an effective researcher?’ but now it’s a big relief seeing the body of work that I’ve been able to accomplish here at UTC.” 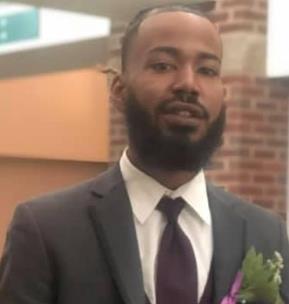 So effective and impressive, in fact, he was selected as the College of Engineering and Computer Science’s Outstanding Graduate Student for 2022.

This year he also had two research papers accepted by the prestigious Institute of Electrical and Electronic Engineers’ Global Communications for its Conference on Communications. It’s an honor rarely given to students, Reising said.

“Josh is a very hard worker and is very driven by his curiosity. He is also creative,” Reising said. “Much of his research contributions are based upon ideas that he has had. I only pointed him in a general direction and kept him on task. Other than that, it has been all him.”

Being flattened by the unrelenting workload hasn’t been problem, Tyler said. Coursework is coursework, but being a research assistant is an act of creativity.

“There’s some people that look at it as a job. It’s very much an art to me. I want to see the results. My being as dedicated to seeing the results is because of my own personal interest in it.”

His personal interest and path to the future is radio frequency engineering, a method to protect a computer network or radio system from being hacked. It’s now being used by the military, but it may be a decade or more before it’s in widespread usage, Tyler said.

“This is still very leading-edge edge work,” he said.

High-quality work with a distinct connection to UTC seems to run in the Tyler family’s DNA.

His father, Thomas, earned a master’s in computer science at UTC in 2004 and his mother, Nancy, earned one in accountancy in 1998. His sister, Rachel, is enrolling at the University in the fall, pursuing a bachelor’s degree in secondary education with a focus on history.

In another case of academic synchronicity, his father was the College of Engineering and Computer Science’s Outstanding Graduate Student in 2004.

“Both of my parents are astronomically brilliant and growing up in that culture has been an invaluable blessing for me,” Tyler said.

“I had shoes to fill, and luckily I’ve been able to fill them. I’m graduating with pretty much no feeling of missing out on anything. No regrets. Everything’s pretty much how I set it. I came in with goals, and I’ve pretty much accomplished them. Every single one.”