WASHINGTON – The star prosecution witness in the trial of a Hillary Clinton campaign lawyer testified Thursday that he was “100 percent confident” that the attorney told him he was not acting on behalf of a particular client when he presented information meant to cast suspicions on Donald Trump and possible links to Russia.

The lawyer, Michael Sussmann, is accused of lying to the FBI about the fact that he was representing Clinton’s 2016 campaign interests and that of another client — although the campaign says it never authorized Sussmann to meet with the bureau. The case is part of an ongoing special counsel investigation into the origins of the Trump-Russia probe.

Sussmann's lawyers deny he lied and sought Thursday to undermine the testimony of the government's key witness, James Baker, by suggesting his memory of the September 2016 meeting with Sussmann was foggy and that his accounts of it had shifted over time.

Baker was the FBI's general counsel in September 2016 when Sussmann, a friend who did legal work for the Clinton campaign, scheduled a meeting to give him computer data that Sussmann said showed a potential secret communications channel between a Russia-based bank and the Trump Organization, the company of the then-candidate.

Prosecutors allege Sussmann was not forthcoming about his Clinton ties because he figured the FBI would consider the information less credible if it thought it was being presented with a partisan intent.

The Sussmann prosecution was brought by John Durham, the prosecutor appointed as special counsel during the Trump administration to investigate wrongdoing by government officials during the early days of the investigation into Russian election interference and potential ties with the Trump campaign.

An acquittal could fuel criticism about the Durham probe's purpose while a guilty verdict would likely energize Trump supporters who have long looked to Durham to expose what they see as biased treatment of the former president.

Defense lawyers deny Sussmann lied and have suggested to jurors that it's impossible to be sure exactly what he said because only Baker and Sussmann were in the meeting and neither of them took notes.

During cross-examination, Sussmann lawyer Sean Berkowitz presented Baker with his own prior statements about the meeting in which he appeared less certain about what was said, or gave different descriptions than what he said Thursday.

“Memories are a difficult thing, are they not, sir?" Berkowitz asked at one point.

During an October 2018 interview with lawmakers, for instance, Baker was asked whether he was aware during the meeting that Sussmann was representing the Clinton campaign at the time. He responded: “I don’t recall, I don’t recall him specifically saying that at that time.” 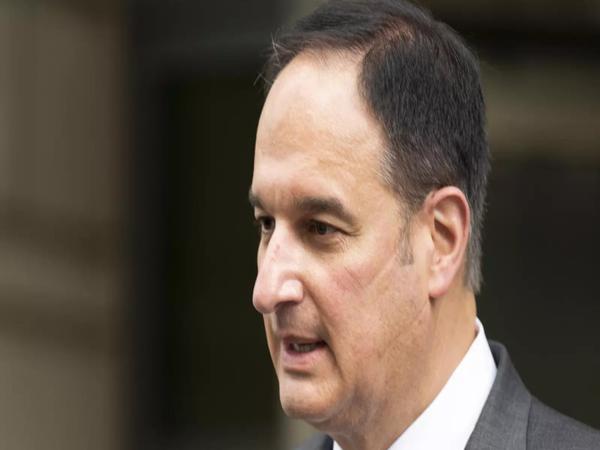 But testifying Thursday, Baker said he was “100 percent confident” that Sussmann told him during the Sept. 19, 2016 meeting at FBI headquarters that he was not there on behalf of any particular client.

“Michael's a friend of mine and a colleague, and I believed (it) and I trusted that the statement was truthful,” he said.

Baker said under questioning from a prosecutor that had Sussmann told him he was seeking the meeting in his capacity as a Clinton campaign lawyer, he probably would not have agreed to it — in part because Clinton herself had been under investigation that year related to her use of a private email server as secretary of state.

Though he said the FBI always wants to receive reports about criminal wrongdoing or national security threats, the bureau also takes into account the identity of the person or entity providing the information as it assesses a tip's reliability of credibility.

“It would have raised very serious questions, certainly in my mind, about the credibility of the source, the veracity of the information, and heightened in my mind a substantial question about whether we were going to be played or pulled into the politics of it," Baker said of the idea that the data was presented on the Clinton campaign's behalf.

Under cross-examination later in the day, he conceded he did know Sussmann and his law firm were representing the Clinton campaign in the hacking by Russia of their emails.

The data Sussmann presented purported to show furtive communications between a server of Russia-based Alfa Bank and a Trump Organization server. At the time, the FBI was investigating whether the Kremlin and the Trump campaign were coordinating to sway the outcome of that November's presidential election.

Given the existence of that investigation, Baker said, he considered the data a potential national security threat and moved quickly to deal with it, in part because Sussmann told him the news media was intent on reporting it. He alerted the FBI's top counterintelligence official, thinking it could be another piece of evidence in the Trump-Russia probe and concerned that news media coverage could lead Russia to change its behavior.

“I already knew that we had an investigation going on of that nature, and here was another set of allegations relating to a different aspect of alleged interactions or connections between the Russian government” and the Trump campaign, Baker said.

He later added: “It seemed to me of great urgency and great seriousness that I would want to make my bosses aware of this information.”

Baker said he understood from his conversation with Sussmann that the material suggestive of a digital backchannel had been compiled by serious and respected cybersecurity specialists. But the FBI assessed it and quickly determined there was no actual suspicious or secret contact between Russia and the Trump campaign.

There was, Baker said, “nothing there.”