At this early stage of quantum computing, the most important question is around the fit between the technology and business problems, not the technology itself. However, topics such as the state of development of the technology, standards and metrics for performance, and the value of different business cases are still under debate. Similarly, the optimal combination of collaboration and competition is not yet clear when it comes to applying the technology in commercial settings. 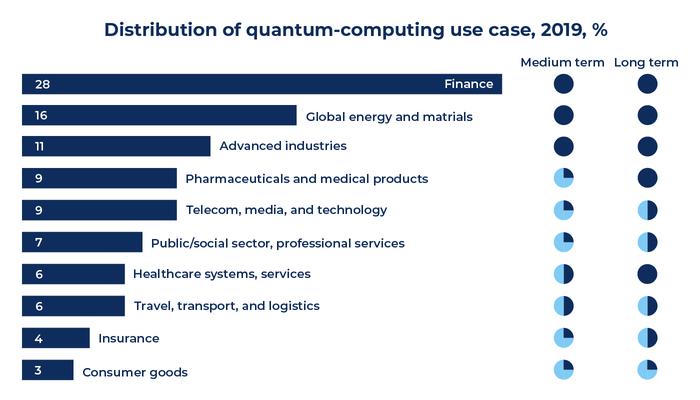 Even basic technical considerations are being debated. Experts differ on whether they believe quantum supremacy—when a quantum computer resolves a problem that the most powerful conventional computer cannot process in a practical amount of time—has ever been demonstrated. The relative importance of the quantity and quality of qubits (the basic building blocks of a quantum computer) is also uncertain, and there is no commonly accepted alternative measure of quantum-computing systems’ performance. Experts also disagree on the importance of fault tolerance (having systems in which technical noise does not compromise the quality and coherence of performance).

In discussions of quantum-computing hardware, a lack of transparency makes it difficult to interpret different groups’ announced findings—and to extrapolate these results to business use cases. This and other open questions lead to varying estimates of quantum computing’s potential value for different industries.

Some experts have noted that not enough time and resources have been invested in developing use cases to reliably indicate which ones are more or less viable. Therefore, our report should be used as a guide to areas to explore further, not a definitive or exhaustive road map.