$1.3 billion cloud computing firm Fastly announced today it has acquired Glitch, a developer startup with a notable pedigree, for an undisclosed amount.

This announcement comes on the heels of a historic downturn in the tech world, prompting M&A dealmakers to shop for bargains. Fastly itself soared to record highs on the public markets amid a pandemic-driven boom for cloud services, but like many others in the tech space has since come crashing back to Earth: Shares in the firm are currently trading around $11, down from a 52-week high of some $64.

"If you want to raise money to go after developers, there's always water in that well," Dash said. At the same time, he said, he's happy that the timing means that he doesn't have to seek outside funding in the current environment. "I definitely prefer this to trying to raise right now."

Glitch is actually the latest iteration of Fog Creek Software, a New York City-based tech company first founded in 2000. Over the years, Fog Creek was the incubator for products like ubiquitous programmer Q&A site StackOverflow and Trello, both of which were later spun out into their own companies. 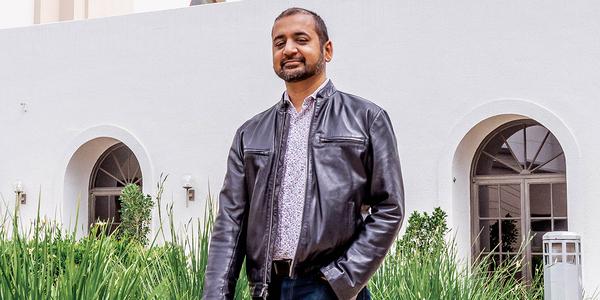 In 2018, not long after tech entrepreneur Anil Dash joined as CEO, Fog Creek renamed itself to Glitch, after its most successful product — a set of simple tools for developers to build and share apps on the web. Dash says that Glitch now counts 1.8 million users. Glitch had raised a $30 million Series A from Tiger Global in July 2019.

"Five years ago, people told me I was nuts," Dash told Insider. "It was like, 'the web is dead.' And I'm like, I don't think so. I think people wanna make s--t online for their friends."

Earlier this year, the two companies announced a partnership, allowing developers to use Glitch's tools to build apps that run on top of Fastly's cloud infrastructure.

Simon Wistow, cofounder of Fastly, says that the partnership led to sort of a "meet-cute" moment, with Dash describing it as a "spark moment:" The two teams came together in New York to discuss the partnership, and soon realized that an acquisition might make more sense. Dash and Wistow also happen to be long-time industry veterans who met when they worked together at early blogging pioneer LiveJournal together in 2006.

"It just really feels like this is the perfect match," Wistow said. "You're gonna have all the ease of Glitch and running on the same platform as some of the biggest companies in the world."

Both firms declined to disclose the terms of the deal, but Dash told Insider that all 13 employees at Glitch have decided to come work at Fastly. Under their new corporate parent, the former Glitch team will be known as the developer engagement team, with Dash taking the title of vice president of developer engagement.

Looking forward, Dash said he looks forward to having Fastly's resources to help Glitch scale. Glitch has a small team that's struggled to keep up with demand, and hasn't been able to allow new users to join, Dash said. With 2023 on the horizon, Dash looks forward to not only helping Glitch meet demand, but also building it up to allow developers to build anything from Slack and Discord chatbots to tools for the nascent metaverse.

"We want to change the way that people build websites," Wistow said. "It's just taken 10 years for the technology to catch up for us to build a big network."