COVID-19 threw the healthcare labor market into disarray, and it's unclear when it might get better — or how much worse it could get.

Hospitals are still grappling with rising turnover, widespread burnout and numerous staff members calling in sick nearly two years after the pandemic began. Now, healthcare workers are getting infected with the omicron variant and other seasonal illnesses like the flu or common cold, further stressing systems and their remaining staff.

A quarter of U.S. hospitals reporting their data to HHS said they faced critical staffing shortages in early January, according to the agency.

The rising pressure comes as hospitals are busier than ever, still treating COVID-19 patients, most of whom are unvaccinated and require longer stays, while other patients return for elective care they've delayed over the past two years.

Labor strains caused health systems to spend more on salaries, sign-on bonuses and traveling nurses during the third quarter when the delta variant surged, though executives at major for-profit hospital chains said they expected that to wane in line with past waves.

That hasn't quite happened.

Staffing shortages and labor expenses are the biggest near-term risk for most providers and will likely remain a challenge beyond this year, according to a Jan. 6 report on nonprofit hospitals from S&P Global Ratings.

"Although the healthcare industry has always had periods of staffing challenges, those ignited by the pandemic are more widespread, severe, and expensive to address," the report said.

When a record 4.5 million people quit their jobs in November, healthcare and social assistance workers had the second highest quit rate at 6.4%, according to data from the Bureau of Labor Statistics.

Nurses in particular have reported burnout spurring them to consider leaving their jobs for other positions or leaving the profession altogether. But physicians, too, are reporting higher levels of burnout than ever before, a recent survey from KLAS Research's Arch Collaborative found.

That survey found the rate at which burnout is increasing accelerated sharply in 2021, especially from the second to third quarter as the delta variant took hold. 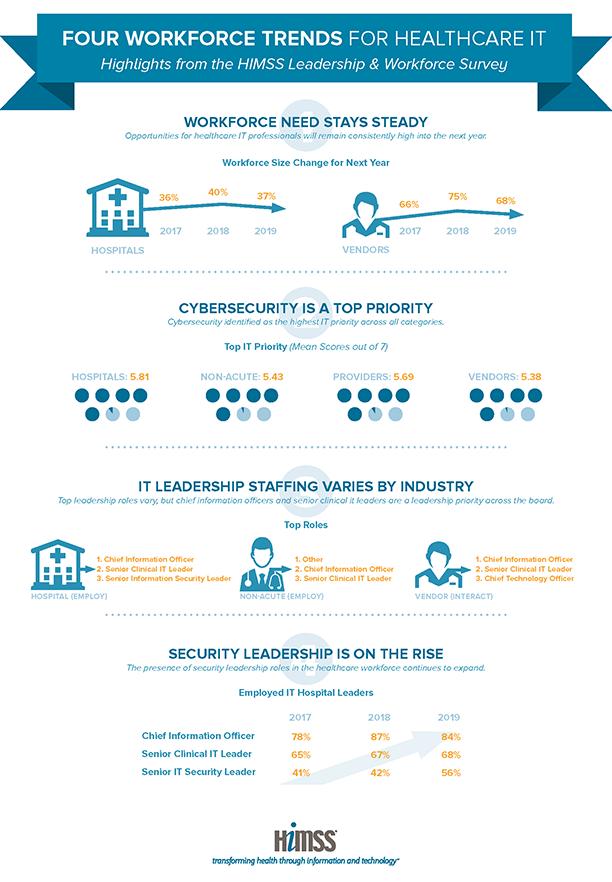 No industry is immune to the "Great Resignation," though it will look a bit different as it unravels within the healthcare sector, said Craig Laser, clinical associate professor at Arizona State University's College of Nursing and Health Innovation.

And the average age of a registered nurse in the U.S. in 2020 was 51 years old, a survey from the National Council of State Boards of Nursing found. That leaves the most senior and experienced nurses nearing retirement, with some leaving earlier than expected due to burnout, Laser said.

"You really only have the option of backfilling with more novice nurses," Laser said.

At the same time, generational differences between new and senior nurses are becoming more clear, especially in the way younger nurses view their careers and how they balance their jobs with other parts of their lives.

Hospitals need to start looking at ways to gear the job more towards what early career nurses want or need, Kohnke said.

Labor challenges throughout the pandemic have raised rates for traveling nurse staff that have yet to abate. Some nurses are leaving permanent positions for those higher-paying, temporary positions.

From January 2020 to this month, advertised pay rates for travel nurses jumped 67%, with staffing firms billing hospitals an additional 28% to 32% over those pay rates, according to Proculent Health, a workforce data and technology company.

That's caused animosity between core nursing staff and traveling nurses who are often contracted to do the same work for a much higher paycheck, according to a report based on interviews with nurses from staffing firm Aya Healthcare in September.

One system is trying to overcome those hurdles with its own in-house staffing agency.

In December, the University of Pittsburgh Medical Center launched a program for its registered nurses and surgical technologists to take rotating six-week assignments at its hospitals across three states, depending on where need is greatest.

UPMC wants to rely less on outside agency staff, help retain current workers and potentially bring back those who've left amid nationwide shortages, the system said in a release.

Staff that have left for traveling nurse positions "really don't want to leave UPMC, but they're younger, they're mobile," John Galley, SVP and chief human resources officer for UPMC, said.

Younger nurses don't have as many attachments and can take those positions more easily, but most traveling nurses don't exclusively take temporary positions throughout their entire careers, Galley said.

UPMC's in-house program allows staff to work for the system and receive the same benefits as other permanent employees, including a pension plan, while allowing them to travel across the system's hospitals, "then come right back into our core workforce seamlessly," Galley said.

The system launched the program at the end of December and has hired 300 nurses and 13 surgical technicians so far, according to the executive.

Last year brought a number of strikes from healthcare workers, similar to the first year of the pandemic.

Some major strikes include one among 800 nurses at a Massachusetts hospital that lasted nearly 10 months, and another among 2,000 nurses in Buffalo, New York, that lasted 40 days.

Also, a planned strike among tens of thousands of Kaiser Permanente members across Southern California was narrowly averted in December.

The ETS mandated hospitals and other healthcare facilities follow requirements around ventilation, physical barriers and other protections intended to reduce the transmission of COVID-19.

In the coming year many labor deals between hospitals and unions representing healthcare workers will expire, posing the risk of more strikes if the sides can't agree on new contract terms, a Bloomberg Law analysis of labor agreements found.

Some major deals expiring include one involving 19,000 workers at Kaiser Permanente in Central and Northern California in August, and another affecting 14,600 workers at the University of California in October, according to that analysis.