Should a humanities major learn to code?

Matthew Sweeney received his Bachelor of Arts in English with a specialization in English literature from Portland State.

If you're pursuing a humanities degree (i.e. a degree in any non-science, technology, or engineering major), but eyeing the high wages enjoyed by tech professionals, you may have wondered if humanities students can learn coding — and if they should.

A 2016 study from Burning Glass found that half of the jobs in the top income quartile (earning over $57,000 annually) commonly require coding skills. Learning to code can lead to lucrative new career paths — both within and beyond the humanities — and is easier for people with humanities skills than you might think.

Read on for our primer on what coding languages might benefit you and why.

Why should non-STEM majors learn to code?

Though coding is not a necessary skill for every job, computer programming skills are handy for many non-STEM jobs.

And the soft skills you strengthen while learning to code can benefit humanities professionals, too.

1. Coding helps you organize your thinking.

Programming draws upon skills used in the humanities, such as problem-solving, critical thinking, and pattern recognition. Learning coding requires mastering the "grammar" and syntax of coding languages. You use the same skills when learning a spoken language.

2. It's a marketable skill.

Coding skills are valued by employers and may broaden your opportunities. Between earning a bachelor's degree in the humanities and completing a coding bootcamp, you may qualify forcoding jobs.

Programming skills can also make you more versatile in fields such as digital marketing.

3. It could save you money.

Learning programming skills can also eliminate the overhead costs of delegating others to program for you.

You could, for instance, make a website advertising your personal resume-writing or tutoring business without needing to hire a developer to do it for you.

4. It may improve your communication skills.

Programmers, developers, and engineers must collaborate. Web and software development require communication between people with varying areas of expertise.

Coding in this environment can improve your skills in cross-department collaboration with and learning from others.

Learning a coding language requires intention and purposefulness to provide the greatest benefit. Depending on your unique needs, a programming language can come in handy for: 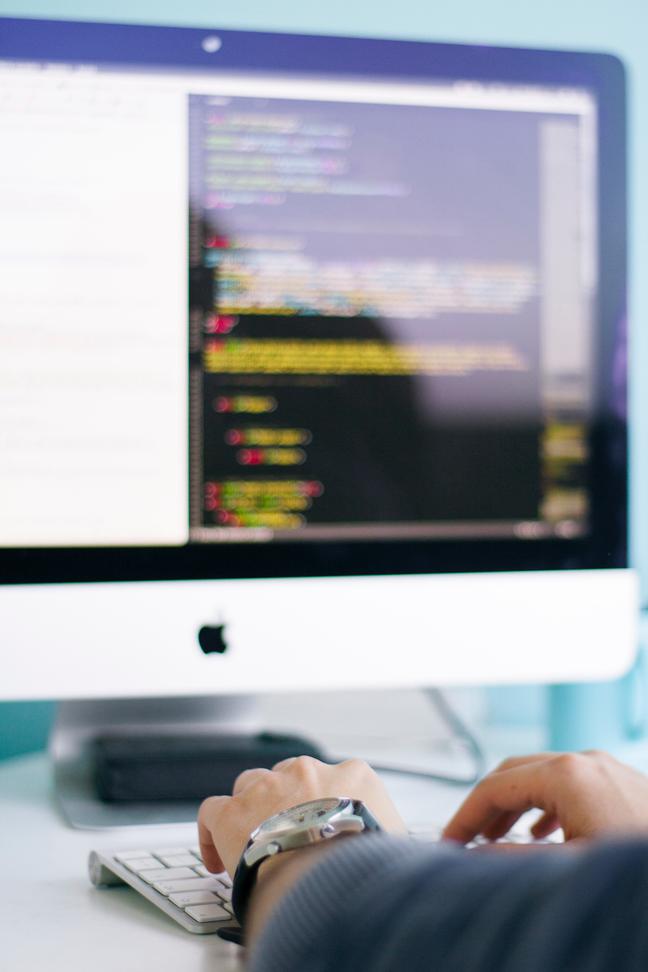 Consider the following coding languages for their individual merits and how they might relate to your goals or current job.

HTML is a markup language used to structure the content of websites, such as text paragraphs, graphics, and data tables. This computer language is essential to web development.

HTML is a useful first coding language. The language's applications include:

If you want to save money by building your own website, it helps to know HTML. HTML knowledge can allow for greater customization when working with templates.

Python is a high-level, object-oriented programming language often used in data analytics, web development, data visualization, and software engineering. It was invented in 1991 by Guido van Rossum. This versatile language is used worldwide by an estimated 8 million developers.

Python is considered the easiest programming language to learn among the major players (Java, C++, etc.). Many non-STEM jobs in education, advertising, and marketing use Python for data visualization/management.

You can learn the ropes at a Python bootcamp or Google's Python class.

VBA is relatively easy to learn and useful for any worker who uses spreadsheets. Careers that often use VBA include:

VBA allows you to create time-saving macros in Excel to help you organize and analyze large quantities of data.

XML is a low-level markup language used to describe data. Often used in back-end web development, XML makes it easier for companies to integrate and share large volumes of data between systems.

XML is industry-standard in managing databases, meaning that you will likely encounter it if you work in industries including:

Learning XML as part of a non-STEM job related to these industries can lead to a lucrative career as a back-end developer.

Why I learned how to code: Insights from a humanities major

Chidinma Nze is a technology professional who transitioned from a 10-plus year career in marketing and communications. She currently works at Infosys in Hartford, Connecticut.

Chidinma attended Michigan State University's coding bootcamp, powered by 2U, in 2020. She also has a bachelor's degree in journalism from Wayne State University and a certificate in digital media arts from Specs Howard School of Media Arts.

ZDNet: What programming languages did you choose to learn, and why?

Chidinma Nze: I learned HTML, CSS, and JavaScript. I chose to learn these languages because I knew they were the basics of the web from a class I took while in college and a little practice of my own. It seemed like the best place to start to learn programming/coding.

ZDNet: How has learning a programming language benefited you?

CN: Learning a programming language helped me with my goal of transitioning from a marketing/communications role to a technology role.

ZDNet: What was most challenging about learning to code?

CN: The most challenging thing about learning code is making time to practice and research the answers to things when you get stuck.

ZDNet: What advice would you offer to other non-STEM majors who want to learn a programming language?

CN: Know that coding can be difficult and even experienced professionals have difficulty. Be prepared for that, and don't give up. The career change you can make will be worth it.

Learning to code is not unlike learning any other language. It is a journey into the unknown that involves stretching your "learning muscles" into new flexibility.

However, the learning experience can benefit you by opening new professional and personal avenues for you to explore. Coding is not by any means dry and boring—it can expand your mind!

Check out some of the following pages from ZDNet on how to find and judge coding resources: