While U.S. officials have long been skeptical of a unified threat from the two countries, some are now changing their tune. The Office of the Director of National Intelligence reported that Beijing and Moscow are now more aligned than at any point in the past 60 years.

“They are distinct threats. But they are now interrelated because of the collaboration,” said Michael Kofman, a Russian military expert at CNA, a nonprofit research and analysis group in Arlington, Va.

Biden administration officials say they are watching closely but caution against reading too much into actions unlikely to flower into a full military alliance.

China and Russia, which share a 2,500-mile border, have competing interests in Central Asia, India and the Arctic that prevent a complete alignment. And unlike countries in the North Atlantic Treaty Organization, defense systems in China and Russia aren’t broadly compatible, limiting the effectiveness of a joint command.

Yet U.S. steps to contain the two countries have driven them into a marriage of convenience, giving the previously contentious rivals an incentive to marshal resources and intelligence against a common adversary, according to analysts and U.S. officials. China and Russia are eager to restrain U.S. influence as well as its military and financial potency, which they believe more likely if they work in tandem, according to analysts.

Chinese Foreign MinisterWang Yisaid in June that the relationship between China and Russia was poised to reach a “larger scale, broader field, and deeper level.” Mr. Putin said relations with China were at historic levels.

While Washington grappled with the collapse of Afghanistan, Chinese and Russian troops in August executed military drills in northwestern China. The exercises were the first to use a joint Russian-Chinese command-and-control set up, signaling a growing ability to coordinate in any potential action against the U.S., according to analysts.

The U.S. intelligence community’s declassified Worldwide Threat Assessment in 2019 was the first such report to label China and Russia jointly as a regional threat. “We anticipate that they will collaborate to counter U.S. objectives,” the report said.

Relations between China and Russia intensified under U.S. pressure, starting in 2014. That year, the U.S. and its allies initiated sanctions against Russian entities and individuals over the Kremlin’s annexing of the Ukrainian peninsula of Crimea and fomenting rebellion in Ukraine’s east. 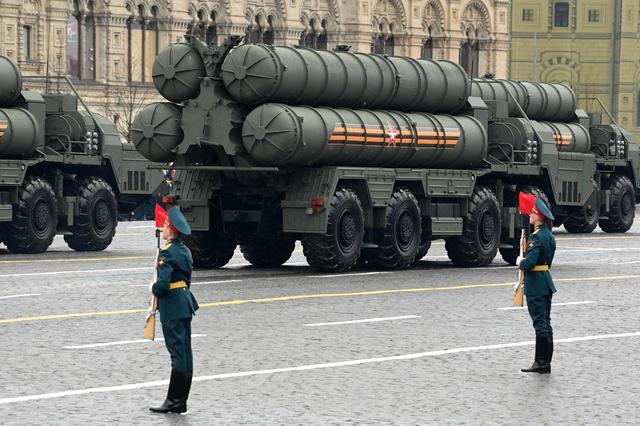 In a conference call Thursday, President Biden warned Mr. Putin that the U.S. would impose onerous sanctions against Russia if the Kremlin’s military buildup on the border of Ukraine moved to an invasion. Mr. Putin said such sanctions would lead to a dangerous rupture in relations with the U.S.

For China’s part, a combination of sharpening U.S. rhetoric, tension over Chinese defense agreements in the Middle East and Africa, and a U.S.-U.K. nuclear submarine deal with Australia have formalized a great-power competition with the U.S. Beijing’s claims over Taiwan and parts of the South China Sea are further tension points with the potential for a military clash involving the U.S.

“There is quite a common ground between Moscow and Beijing in terms of what we dislike in Washington’s politics,” Kremlin press secretaryDmitry Peskovsaid in October. “We dislike the deficit of mutual respect in Washington’s approach. We like a devoted noninterference principle. On this ground, we [Russia and China] are close to each other.”

In October, after years of Russian ambiguity regarding Taiwan, Russian Foreign MinisterSergei Lavrovsaid the Kremlin considered the island nation a part of China.

Moscow and Beijing also see advantages of increased engagement in trade, technology and energy. Over the past six years, Messrs Putin and Xi have met more than 30 times.

In 2019, Mr. Putin said Russia and China were codeveloping China’s antimissile early-warning system. The following year, he said that Moscow was assisting Beijing’s military with technology too sensitive for him to talk about. Russian state media later reported that China and Russia were developing a top-secret submarine.

“In a triangle with three countries, you don’t want to be the one opposite the other two,” saidAndrea Kendall-Taylor,who worked on Russian issues at the Central Intelligence Agency and is now at the Center for a New American Security, a Democrat-leaning national-security think tank in Washington.

Military exercises between the two countries began in the mid-2000s. These maneuvers have become more frequent and complex, allowing for regular senior-level military contacts, exchanges and technical cooperation.

In 2018, the year after the two nations signed a memorandum of understanding for military cooperation, Russia invited China for the first time to its largest annual defense exercise. The following year, the two countries engaged in their first joint bomber patrols near Japan and the Korean Peninsula, drawing warning shots from South Korean pilots.

In October, Russia and China held joint naval drills in the Sea of Japan where they practiced how to jointly destroy floating enemy mines with artillery fire, according to the Russian defense ministry.

For the first nine months of 2021, bilateral trade between China and Russia exceeded $100 billion, nearly equaling trade for all of 2020, according to official Russian data. It reached $123 billion in November, Mr. Putin said.

In August, the two countries completed the construction of the first rail bridge between them, spanning Siberia’s Amur River. The $55 billion Power of Siberia pipeline, a 1,865-mile channel that began operation in 2019, is forecast to deliver as much as 1.3 trillion cubic feet of Russian natural gas to China by 2025.

China and Russia don’t have a formal defense alliance and are unlikely to give up any autonomy through the military and political commitments that an alliance would require, according to analysts. Even so, the countries’ growing ties are seen as enough to make an impact on relations with the U.S.

“Improving the relationship with Moscow is fundamental leverage that China can take,” saidZhu Feng,the director of the Institute of International Studies at Nanjing University. “It’s in the tool kit to respond to America’s containment of China.”

U.S. tensions with Russia give cover to China, said Vasily Kashin, a military expert and China specialist at Moscow’s Higher School of Economics. “The U.S. cannot hope to prevail without concentrating all of its resources on the Pacific,” he said. “Russia, together with Iran, are the countries which are making such concentration almost impossible.”

Areas of disharmony between China and Russia tantalize U.S. officials with the possibility of driving a wedge between the two countries, analysts said.

Beijing maintains working relations with Ukraine, running counter to Russian interests. Russia in October terminated relations with NATO, but China, eager to continue advancing its Belt and Road initiatives across Europe, continues to work with the group.

One idea to divide the two countries is for the U.S. to soften its approach to Russia and draw Moscow away from Beijing. But such a strategy remains embryonic, according to analysts, especially when the U.S. appears disinclined to offer the kind of political and economic incentives that would persuade Mr. Putin to loosen ties with Mr. Xi.

And with Russian troops amassing on the Ukrainian border, sharpening longstanding tensions between Moscow and Washington, attempts to persuade Russia to cleave itself from a defense alignment with China appear unlikely to bear fruit.

“You’re never going to convince Russia they should make an enemy of a powerful country like China,” Mr. Kofman said.

Write to Brett Forrest at brett.forrest@wsj.com, Ann M. Simmons at ann.simmons@wsj.com and Chao Deng at Chao.Deng@wsj.com

Corrections & Amplifications Ningxia is a region in China. An earlier version of this article said it was a province. (Corrected on Jan. 3)