Even before Haugen's disclosures, there were concerns in some households that the risks social media platforms posed to their kids were only growing.Katherine Lake said social media became "everything" for her 13-year-old child during the pandemic to pass the time at home and connect with friends. She said her teen fell down a rabbit hole of pages about mental health and, later, posts about self harm -- something her kid "didn't even know about before Instagram." The teenager was hospitalized last spring after attempting suicide."The pandemic has certainly accelerated some of the threats and dangers that we've been dealing with for years," said Marc Berkman, CEO of the Organization for Social Media Safety, an agency founded three years ago to provide tips and preventative safety workshops for parents.Facebook changes its company name to MetaSome data also support that mental health issues among young people on social media are on the rise. Bark, a paid monitoring service that screens social media apps, personal messages and emails for terms and phrases that could indicate concerns, said it saw a 143% increase in alerts sent around self-harm and suicidal ideation during the first three months of 2021 compared to the year prior. (Parents receive alerts when Bark detects potential issues, along with expert recommendations from child psychologists for how to address them.) "Our children's lives are buried deep within their phones and the problems live within their digital signal in places that parents don't go," said Titania Jordan, chief marketing officer of Bark. "If you're not spending time in the places where your children are online, how can you be educated and then how can you give them guidance?"Gabriella Bermudez, now 18, recalls how Instagram impacted her mental health in middle school.Gabriella Bermudez, a 19-year-old Fordham University student, told CNN Business she started struggling with body image issues in middle school after a boy she had a crush on started Liking photos of a 30-year-old model on Instagram. "I was 12, and I would look at her and think, 'Why don't I look like that?'" said Bermudez."I was covered with pimples. My hair, it was awful. ... It never resonated that she was a grown woman. I posted pictures of myself to make myself look a lot older than I was." But that started to attract direct messages from older men on Instagram. She kept this from her parents, she said, because she thought "they'll never understand what it's like to be young [right now]." "They always had societal pressures to look a certain way or behave a certain way, but that was in a magazine or on TV. They could have turned it off. For us, we're attached to our phones all the time. When we're waiting at the bus stop or walking to class, we're always reminded of these ideals."

When Julia Taylor needs held making parenting decisions, she sometimes turns to a Facebook group called "Parenting in a Tech World." Taylor's son has ADHD, which she said causes him to "become hyper-focused on certain things," including "anything with a screen." Taylor, a single mom from the Denver area, wanted him to have a smartphone, "but he was hacking every parental control, sometimes staying up all night." Google rolls out tool to help minors delete photos from searchOn "Parenting in a Tech World," which has 150,000 followers, she and other parents can find feedback on a wide range of topics, including when a kid should be allowed to join social media sites, what to do if they're sending or receiving inappropriate texts or pictures, and product recommendations like a docking station that keeps devices out of kids' rooms at night. Last year, Taylor purchased a Pinwheel phone that comes without web browsers and restricts social media use. (She later joined the company full-time as a marketing manager.)Bark's Jordan started the group years ago after she joined the company when she struggled to find resources to help her own parenting. "It has always taken a village to be the best parent you can, and while we're waiting on legislators and Big Tech to do the right thing, at the end of the day, nobody is going to be a better parent for your child than you. The best thing that you can do is learn from other parents who have been there and done that, both their mistakes and their wins."On this issue, however, there are no easy answers. Social media and smartphones are here to stay -- and taking them away could risk undermining a child's social relationships and sense of independence. According to Alexandra Hamlet, a clinical psychologist in New York City, it's important for parents to help teenagers navigate both the online and physical world, by being understanding and nonjudgmental. "If we can teach and support our children to use the same skillsets to navigate each world, we increase our chances of attaining mental health," she said. There's now a wide range of policy ideas being batted around to help parents and kids. Some critics, including Haugen, said tech companies should move away from algorithmic news feeds that can drive users down rabbit holes. Two Democratic Senators have touted legislation called the Kids Act, which would ban autoplay settings and push alerts with the hope of limiting screen time. And the Organization for Social Media Safety said it is now working with Congress to try to push through legislation that would require third-party parent monitoring apps on all social media accounts of kids of a certain age.Titania Jordan, an executive at Bark, started a Facebook Group for parents to discuss the challenges associated with raisiing kids in the digital ageSome parents inside and outside this Facebook group are already using parental control apps as well as purchasing low-tech phones and limiting social media use. Some have also gone so far as to try to get their children's schools to take action on everything from banning phones in classrooms to cracking down on online bullying incidents, with little success.Fernando Velloso, a father from Los Angeles, said his high school-aged daughter dealt with an anonymous bullying account likely set up by classmates who made false claims about her dating life. He said the school didn't want to take action because it occurred outside of its premises. On a series of Instagram accounts from high schools in the area, which were viewed by CNN, students are encouraged to submit gossip tips to accounts that have called students cheaters, rapists or questioned their sexuality. While Instagram has banned some of the accounts, others remain active. (A Meta spokesperson said the accounts did not violate its community guidelines but a number of pieces of content did, and have been removed.)Bermudez said schools can do more to educate teenagers on how to better manage mental health and social media. "We need to be taught at a really young age, like in elementary school, about how to use it and [make it a] safe space."During her testimony, Haugen said schools and organizations such as the National Institutes of Health should provide established information where parents can learn how to better support their kids. Meanwhile, the Organization for Social Media Safety is currently rolling out a program with DARE (Drug Abuse Resistance Education) to be part of that curriculum in thousands of schools by the end of the current school year to educate students about the dangers of social mediaPolak, the mother whose daughter had suicidal thoughts, has proposed a Mental Health Awareness Week at her daughter's school that would include screenings of Childhood 2.0 and The Social Dilemma -- two documentaries that touch on how platforms are impacting the well-being of its users. Polak said her daughter is now doing better and occasionally accesses social media with time restrictions. "But once a week we have a social media brawl, where she'll present me with, 'When can I go back on Snapchat? When can I get back on TikTok?' It's a constant struggle, and there's a lot of peer pressure from friends, good friends, to get back on some of the apps." 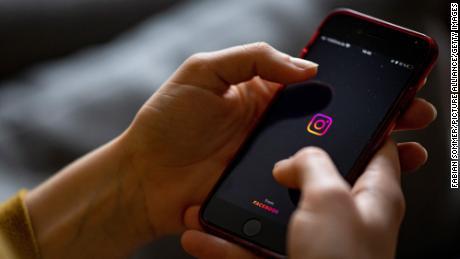