We are approaching 2022 and rather than ponder the immediate future, I want to explore what may beckon in the ecosystem of disruptive technologies a decade from now. We are in the initial stages of an era of rapid and technological change that will witness regeneration of body parts, new cures for diseases, augmented reality, artificial intelligence, human/computer interface, autonomous vehicles, advanced robotics, flying cars, quantum computing, and connected smart cities. Exciting times may be ahead.

By 2032, it will be logical to assume that the world will be amid a digital and physical transformation beyond our expectations. It is no exaggeration to say we are on the cusp of scientific and technological advancements that will change how we live and interact.

What should we expect in the coming decade as we begin 2022? While there are many potential paradigms changing technological influences that will impact the future, let us explore three specific categories of future transformation: cognitive computing, health and medicine, and autonomous everything.

Computational power and its corresponding capabilities are seen as a major measure of technological growth by futurists. The computational upsurge of data will directly impact the critical foundations of society, including healthcare, security, transportation, communications, and energy. In 2032 we will witness computational power exponentially greater than what is capable now.

Along with computing comes artificial intelligence. Human/computer interface will extend our human brain capacities, memories, and capabilities. At a conference on how the world will look in 2045, Google futurist Ray Kurzweil has stated that humankind will "expand the scope of our intelligence a billion-fold" and that the power of computing doubles, on average, every two years. Please see: Google’s chief engineer: People will soon upload their entire brains to computers — RT USA News

With the enhancements supported by AI and ML, future computing will include interesting variations of computing:

And on the potential biological computing, we are getting close: please see: Researchers turn bacterial cell into biological computer And also see: New Research Could Enable Direct Data Transfer From Computers to Living Cells (singularityhub.com)

Storage of all the mounds of computing data will also take on new forms beyond magnetic tapes. For example, “DNA storage in living bacteria is an early step in the new field of DNA computing.” Scientists Turn to Living Bacteria DNA for Data Storage | IE (interestingengineering.com)

A brain on a chip?

There are many interesting potential breakthroughs on the horizon. Including computational technology that mimics the human brain. Researchers have already developed an electronic chip that uses artificial intelligence to mimic the way the human brain processes visual information they call a brain on a chip. Please see:

For more on the potential of human/machine interface, please see my FORBES article: The New Techno-Fusion: The Merging Of Technologies Impacting Our Future (forbes.com)

The future of computing will literally be mind-expanding. That will include classical digital computing, biocomputing, and quantum computing. In the next decade, computing may feature human-machine interface, communicate via light wave transmissions, implants to upload information, and computers may have the ability to be self-taught and replicating.

When you look at verticals that will be most impacted by developments in technology and science, medicine and health immediately come to mind. The areas of health and medicine will witness a profound growth of technological innovation by 2032. Numerous breakthroughs in genomics anti-aging therapies will extend our longevity and quality of life. We will also see precision medicine with anti-biotic smart bombs and targeted nano therapies, bionics with implants and lab grown organs, and new gains and insights from neuro medicine. 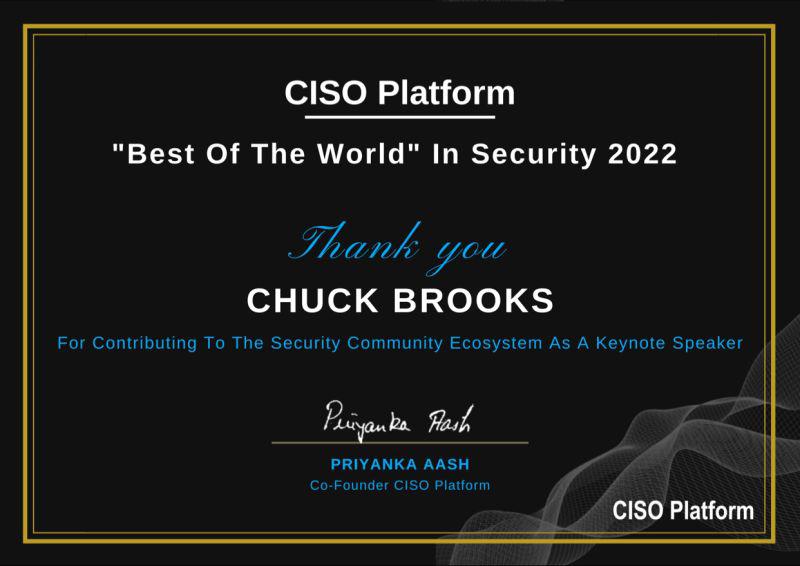 By 2030 using CRISPR will be used against disease and genetic conditions. “It could potentially impact any medical condition we understand,” says genetics researcher Günes Taylor of London’s Francis Crick Institute. “If we know what has gone wrong, this is the tool we can use to fix it.” Please see: Futureproofing: Are you ready for the world of 2030? - BBC Science Focus Magazine

The medical community will be able to implant devices such as bionic eyes and bionic kidneys or artificially grown and regenerated human organs by 2032. The world's first bionic eye, a retinal implant that helps restore vision to patients blinded by a degenerative eye disease, was recently approved by the FDA and will soon be on the market.

Medical bionics is an emerging field and is now in early-stage prototypes of artificial vital organs such as hearts, kidneys, lungs, liver, eyes, and pancreas. In January 2021, Israeli surgeons implanted the world’s first artificial cornea into a bilaterally blind, 78-year-old man who was then able to read and recognize family members. Please see: Future technology: 22 ideas about to change our world - BBC Science Focus Magazine

Recently Researchers have used technology to bio-print miniature human kidneys in the lab. Hopefully, that breakthrough might lead to the creation of other replaceable body organs by 2032. Please see: Precision medicine is the early research stages but will be revolutionary by 2032. “Many precision-medicine techniques offer the potential for disease prevention, driving the potential for cost savings and patient-outcome improvements,” said Dr. Charles Kennedy, CEO and managing partner at Blue Ox Healthcare Partners: Please see:

A new area of medicine called synthetic biology will create organisms or biological systems in a laboratory that are not found in nature that can help us better understand and fight diseases. “Synthetic biology is a combination of biology and different branches of engineering, such as electrical, mathematical, mechanical, and computer, providing a greater ability of understanding and manipulation of the biological systems or creation of novel life forms [1]. As in engineering the smaller parts are assembled to form circuits, networks, machines, and complex machinery, or networks are disassembled; similar concept is applied in synthetic biology where bottom-up and top-down approaches are practiced for novel applications.” Source: Synthetic Biology - an overview | ScienceDirect Topics

Emerging medical and bio technologies are helping contribute to an inward evolution. Electronics, machineries, and algorithms are going inwards and turning into a deeper understanding of the human body. In the next decade, we will witness novel libraries, made of evolving informational data of our health or diseased states. Our knowledge is expanding exponentially every year and will far exceed what we have now by 2032.

As for tech advancements in patient care, doctors will have new abilities for remote monitoring and treatment of patients that will benefit isolated areas and poorer countries. Wounds will also be repaired with robotic surgical systems and new procedures. Wearables combined with telemedicine will monitor our health. Data analytics derived from advanced computing will also have the potential to improve healthcare by identifying the best pathways in treatments and administration of patient medicines, as well as predicting the spread of the flu and helping mitigate pandemics.

By 2032 nearly all our transportation—cars, planes, trains, and drones—will have autonomous capabilities. The “Jetson Era” will finally arrive with flying cars and interactive robots. Already in 2021, a UK company successfully flight tested its Flying Car Prototype that it expects to have ready by 2028. Source: New Flying Car: A UK Startup Aims To Bring Its Flying Car to the Market by 2028 (interestingengineering.com)

It is estimated that by 2030 one in every ten cars will be autonomous. “Many of today’s modern vehicles are equipped with advanced driver-assistance systems (ADAS) that use sensor technologies like radar and lidar to detect objects – getting more sophisticated with each generation. The emergence of 5G technologies for enabling artificial intelligence and analytical capabilities in self-driving cars will be crucial to the success of autonomous vehicle adoption.” Please see: Road to 2030: the Future of Autonomous Vehicles (AVs) (cubictelecom.com)

There are regulatory and infrastructure issues to contend with the full operation of autonomous vehicles beyond technological limitations. Hopefully by 2032 those will be ironed out.

Robots to help and to the rescue

Robots will have applications for manufacturing, construction, medicine, security, and for exploration of terrain, oceans, and space. They will also have applications as personal assistants, and be used to help rescue in fires, hurricanes, and other natural disasters. They will most certainly play a significant role in manufacturing and a variety of industries by 2032.

Robots will have a strong capacity to evolve closer to that of human performance. A big breakthrough will be in the sensory capacity of robots. In our current state they can learn via AL & ML, and now they are starting to be able to also sense touch. Those capabilities will vastly grow by 2032. MIT’s New Artificial Intelligence Algorithm Designs Soft Robots That Sense

Recently, a research team of roboticists and scientists published their recipe for making a new lifeform called xenobots from stem cells. One of the researchers described the creation as "neither a traditional robot nor a known spec ies of animal," but a "new class of artifact: a living, programmable organism.“Despite being described as "programmable living robots," they are actually completely organic and made of living tissue. The term "robot" has been used because xenobots can be configured into different forms and shapes, and "programmed" to target certain objects—which they then unwittingly seek.” Please see: Not bot, not beast: Scientists create first ever living, programmable organism (phys.org)

With the many citations, this article is more of a resource rather than a summary of what may lie ahead for 2032. If you have a larger interest on what other developments may be in the technology pipeline for the next decade plus, please check out:

10 Ludicrously Advanced Technologies We Can Expect By The Year 2100

Clearly our technological tools will greatly advance by 2032. It is evident that science and technology will continue to pave our futures at even a faster rate. How we harness for good should be our focus. As we celebrate New Year’s 2022 imagine the potential of better technological tools to come.

Chuck Brooks is President of Brooks Consulting International, and Adjunct Faculty at Georgetown University, is a Technology Evangelist, Corporate Executive, Speaker, Writer, Government Relations, Business Development, and Marketing Executive. LinkedIn named Chuck as one of “The Top 5 Tech People to Follow on LinkedIn.” He was named as one of the world’s “10 Best Cyber Security and Technology Experts” by Best Rated, as a “Top 50 Global Influencer in Risk, Compliance,” by Thomson Reuters, “Best of The Word in Security” by CISO Platform, and by IFSEC as the “#2 Global Cybersecurity Influencer.” He was featured in the 2020 and 2021 Onalytica “Who’s Who in Cybersecurity” – as one of the top Influencers for cybersecurity issues and in Risk management. He was also named “Best in The World in Security” by CISO Platform, one of the “Top 5 Executives to Follow on Cybersecurity” by Executive Mosaic, and as a “Top Leader in Cybersecurity and Emerging Technologies” by Thinkers360. He has an MA in International relations from the University of Chicago, a BA in Political Science from DePauw University, and a Certificate in International Law from The Hague Academy of International Law.