Location： Home / Article / Nose Shaper is Useful or Not

Nose Shaper is Useful or Not

Women have never stopped pursuing beauty. They often lose their sense for those popular cosmetic artifact in the Internet. But are these cosmetic artifact really useful? Take the most common nose shaper for example. Many people will use such a nasal clamp. With the help of external force to increase the nose beam. "No surgery, No pain and itch" is its advertising words. It attracts a large number of consumers. Though it seems harmless, there are huge dangers hidden actually. 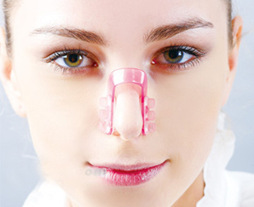 I. The principle of nose shaper

First, we should know. Nose is composed of two upper nasal bones and five down cartilage in turn. The hard bone determines the height of the nose. Nasal clamp works on cartilage, which will change under external pressure. But it will be restored to its original state once lost the external force. So this kind of nose shaper can not raise the nasal beam.

II. The damage of nose shaper

The nasal part is sensitive area. Sweat glands and sebaceous glands are distributed more. Long term use of nose shaper will cause acne, acne and other disease. For people with rhinitis and sinusitis, long-term compression may aggravate the disease. At the same time, external force or appliance will affect blood circulation of nose. Then produce tissue compression. It can easily lead to pigmentation, congestion, edema, roughness. And damage of nose and surrounding skin. Seriously, may also lead to ulceration and ischemic necrosis. 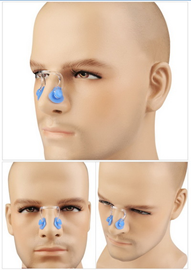 III. The way of shaping nose without nose shaper

It is not realistic to use nose shaper to shape the nose. And even bring many adverse reactions. For a perfect nose, you can try three scientific methods to improve.

Hyaluronic acid is the most widely used material for nasal augmentation. It is quick effect, natural shape and small injury. The disadvantage is it will be absorbed by the human body slowly. Hyaluronic acid will last for 6 to 12 months. If for a long time, you need to inject periodically intermittently.

The implantation of rhinoplasty is to implant silicone prosthesis into the nose. Then through surgery to augment the back of the nose. It lasts for a long time and is easy to carve. Its materials of silicone prosthesis is hard. With bad hand feeling, the prosthesis may penetrate out of the body. And also, the light transmission and nose tip redness may occur.

Expansion implant rhinoplasty is to implant the expanded polytetrafluoroethylene. Through the operation into the nose to achieve the augmentation effect. Expansion are more natural and the fixation effect is also good. There will be no light transmission and red nose tip.

The autogenous cartilage augmentation nose is to use the human cartilage tissue to achieve. Autogenous cartilage is its own tissue. So the probability of adverse reactions is very low. After operation, it has better compatibility with nasal tissue. Also, it is more realistic than other prosthesis.

Finally, we should tell all the female friends that it is true to pursue beauty. But do not hurt yourself. It is important to adopt scientific and effective methods of beauty change. Absolutely not to believe in the small trick of unreliable nose shapers.