Today’s computers are incredible. Nearly 50 years ago, we had Pong, one of the first computer games, which played ‘tennis’ using moving blocks on each side of the screen. Today we have photo-realistic virtual worlds filled with computer-generated characters that all seem to move and behave as they should.

The advancement of computers is said to follow Moore’s Law, named after Gordon Moore, one of the founders of Intel. In the 1960s, Moore saw the rate of progress and predicted that the number of transistors on a chip would double every two years. By the mid-1970s there were 10,000 transistors on a chip. By 1986 it was more than a million. And by 2020 we had 2.6 trillion.

Because of Moore’s Law, computer power has been doubling about every 20 months. If our technology keeps improving at this rate, what will we have in another 50 years? Or 100? Or 1,000?

Will our futuristic quantum-scale computer processors be so powerful that the virtual worlds they create contain complexity as rich as we see around us? Will there be virtual worlds populated by virtual people inventing their own games and wondering where it’ll all end? 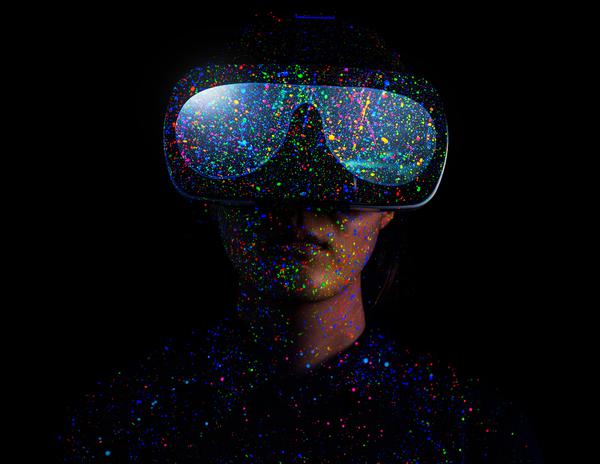 Or has this already happened? Are we living in a simulation created by computer programmers who, technologically, are a few thousand years ahead of us?

Computers with this kind of processing power could also have other abilities. If they could simulate a universe, recent progress in AI research seems to indicate that they would have no problem simulating a brain – even a super-intelligent brain [although some, such as Dr Lisa Feldman Barrett, would disagree]. Such a super-human AI would be like a god to us and what it chose to do might be beyond our understanding or control.

Such fears of a ‘technological singularity’, where progress becomes uncontrollable and irreversible, ignore the wider and very real world that we live in, and the difficulty of the problem.

It took 13.8 billion years to make the Universe, the observable part of which comprises 1080 atoms. Simulating this level of complexity needs resources, knowledge and time.

Our world has limited resources. And even if we had the computers and the know-how, the simulations would take billions of years of computing time to run.

Why would we want to do that? We’re more likely to invent artificial gravity or teleportation than simulate entire universes or super-intelligent brains in the next few hundred years. And we’re much more likely to wipe ourselves out before then through environmental disasters.

Simulated or not, it doesn’t matter – Earth is the only home we have. Perhaps we should focus on the technologies that are already threatening life today, rather than worrying too much about implausible science-fiction scenarios of the distant future. Otherwise, there’ll be no future to worry about.