Radiation source security, in particular, and nuclear power security, in general, are currently the main concerns of the international community1. In recent years, radiation and nuclear technologies have been deployed rapidly and broadly in various industrial and economic sectors and society, which has brought various practical benefits. However, the management, transportation, storage, and usage of radiation sources are complicated by many challenges. In fact, there have been many radiation sources lost, resulting in significant impacts on economic and social stability2. A radioactive source that is not under regulatory control, either because it has never been under regulatory control or because it has been abandoned, lost, misplaced, stolen or otherwise transferred without proper authorization, is called an orphan source3. Orphan sources have led to accidents with serious, even fatal, consequences as a result of the exposure of individuals to radiation4.

The melting of an orphan source with scrap metal or its rupturing, when mixed with scrap metal, has also resulted in contaminated recycled metal and wastes4. If this happens, costly cleanup operations may be necessary. If the contaminated material is not detected at the metal recycling and production facility, workers may be exposed to radiation, and radionuclides may become incorporated into various finished products and wastes, which, in turn, may lead to exposure to users of these products. Concern over accidents involving orphan sources, including those that have occurred in the metal recycling and production industries, led to the establishment of an international undertaking Code of Conduct on the Safety and Security of Radioactive Sources (Code of Conduct)5. In the general principles section of the Code, it is also stated that each country must have technical systems in place to respond quickly with the goal of controlling stolen and abandoned radioactive sources and eliminating or minimizing their consequences. Nevertheless, the possibility of orphan sources being present in scrap metal remains6. Lost radioactive sources are usually sealed sources, made of metal rods and pellets, and their containers are also metal. Therefore, when the radioactive source is lost, it will usually be sold to a steel scrap collector for recycling2,6,7,8. This is the reason why all countries are very interested in controlling radioactive sources in scrap metal recycling facilities. The IAEA has technical guidelines for dealing with this in its document1 “Control of Orphan Sources and Other Radioactive Material in the Metal Recycling and Production Industries” (Specific Safety Guide, No. SSG-17, Vienna, 2012). Radioactive and nuclear materials can constitute a threat to public health and homeland security in the form of threats of terrorism, orphan sources, nuclear accidents, or radioactive contamination9. As radiation detectors installed at major ports of entry are a key component of the overall strategy to protect countries from nuclear terrorism10. In Vietnam, there are also regulations with the responsibility for detecting radioactive sources out of regulatory control for scrap metal recycling and production facilities7. 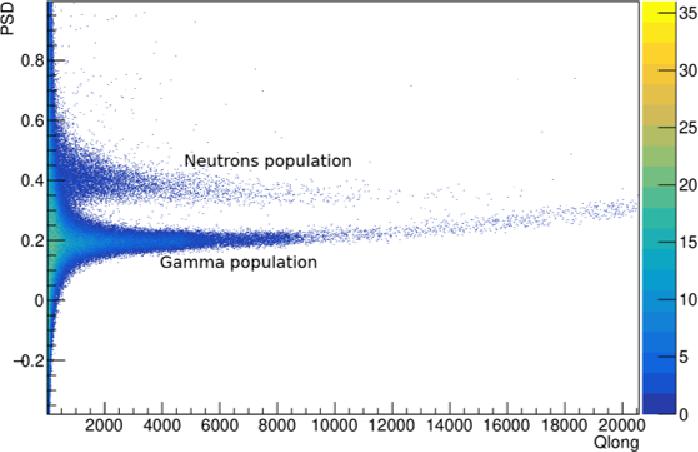 With the advancement of science and technology, especially in the field of nuclear detection technologies, many specialized technologies and equipment have been developed to ensure the safety and security of radioactive sources such as radiation portal monitors (RPMs), personal radiation detectors (PRDs), hand-held radioisotope identification devices (RIIDs), mobile and transportable detectors, radiographic imaging systems employ x-rays or gamma rays11. These devices operate individually, have high operating and maintenance costs, and are not suitable for small and medium-sized scrap metal recycling facilities. Another challenge is that when orphan sources are hidden in scrap metal that shields their activity from traditional detectors in the portals that scan incoming trucks12.

The detection of radioactive material in waste is of paramount importance for the protection of the environment12. In this report, we present the proposal and development of an Internet of Radiation Sensor System (IoRSS) to enhance the use of nuclear detection systems to detect nuclear and other radioactive materials out of regulatory control at points of entry/exit and other trade locations of scrap metal recycling and production facilities. To maximize the ability to detect, identify, locate, and respond to nuclear radiation incidents, we propose and apply advances in computing, communications, algorithm development, software tools, and hardware in an integrated network of distributed sensors13,14,15,16 and LoRa17,18 wireless communications that contribute to enhanced radiological and nuclear detection capability and response activities. The implementation of the IoRSS has facilitated improved situational awareness and better capabilities to detect, identify, locate, and respond to incidents by integrating data from multiple fixed and mobile radiation detection devices across distributed detectors and apply advanced data processing algorithms.

The main contributions and novelty of the paper are given below.

The remainder of this paper is organized as follows. “literature review” section highlights the state-of-the-art literature review on aspects of the IoT approach for radiation detection and monitoring, searching and locating lost radioactive sources, and radioactive and nuclear material detectors. The detailed proposal for an IoT-based radiation sensor system (IoRSS), including the system architecture and hardware design, is described in “system architecture and hardware design for an IoT-based radiation sensor system (IoRSS)” section. The processes of radiation detection, identification, warning, and response to radiation incident are described in “IoRSS operation protocols” section. In “test results and analysis” section, we present the results of extensive field tests in scrap metal recycling and production facilities to evaluate the performance of the proposal. The experimental setup and results findings are also extensively analyzed and discussed in this section. Finally, our conclusions and future work are described in “conclusions and future work” section.