The Alienware Aurora is a fantastic series of gaming PCs, combining a striking aesthetic with some extremely powerful components. If you can stomach the high price, an Aurora is well worth considering — unless you live in California, Colorado, Hawaii, Oregon, Vermont or Washington, that is. Those states have implemented new restrictions on how much power a consumer PC can draw, and the Alienware Aurora R10 and R12 simply don't meet the revised standards. If you try to place an order from one of those states, Dell (Alienware's parent company) will cancel it.

, which noticed that the Dell website will not honor orders for most Alienware Aurora R10 and R12 models bound for one of the six states listed above.

"This product cannot be shipped to the states of California, Colorado, Hawaii, Oregon, Vermont or Washington due to power consumption regulations adopted by those states," the website states. "Any orders placed that are bound for those states will be canceled."

The exact power consumption requirements vary by device and by state, but the bottom line is clear: These six states have put restrictions on how much power consumer tech can draw. As big, heavy, powerful gaming PCs, the Alienware Aurora R10 and R12 exceed those restrictions. Unless Dell can find a way to streamline the machines' power draw, or the states in question revise their energy consumption guidelines, gamers residing in those

locations will have to buy another machine, or build their own. 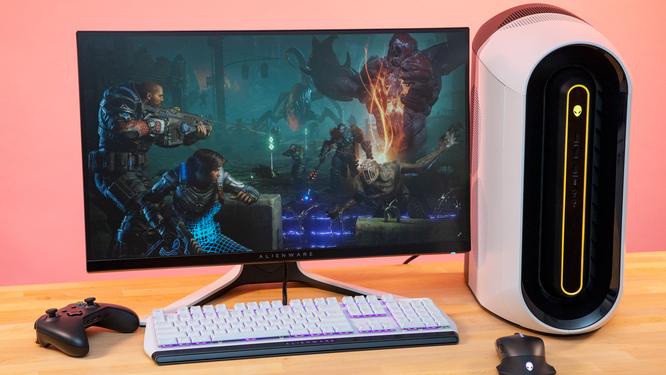 It's not all bad news, however.

has pointed out that a number of Aurora R10 and R12 models are still available for shipment anywhere in the country. You simply need to look for a computer that "complies with CES power consumption regulations" and "ships to ALL states." Dell clearly marks these PCs on its website.

and found that it included good components, and offered solid performance. At the same time, the fans ran overtime — and very loudly — to keep everything cool. With a 1000W power supply, we have to imagine there was a lot of electricity flowing through the machine.

While the power consumption restrictions are inconvenient for the time being, they have the potential to do some good in the long run. If Dell wants to keep shipping computers to these six states, it will have to innovate and make its PCs run more efficiently. That's good for gamers, good for the environment and good for Dell. Granted, there's no timetable on when that might happen. If you live in one of those states and need a gaming PC ASAP, you may be better off

. Just be sure to calculate out the potential power consumption before you do.

AMD Zen 4 rumored release date, price and specs — what we know so far

Marshall Honorof is an editor for Tom's Guide, covering gaming hardware, security and streaming video. After hours, you can find him practicing taekwondo or doing deep dives on classic sci-fi.