serv | 31/05/2022
178
ADVERTISEMENT
HomeNews
29th January 2022
inNews
0
0
SHARES
43
VIEWS
Share on FacebookShare on Twitter
From Olanrewaju Lawal, Birnin Kebbi
The National Information Technology Development Agency (NITDA), has trained 40 media practitioners and social media influencers, on digital journalism and fact – checking as part of measures to curb fake news in Kebbi State.
The two- day capacity building workshop on digital reporting and fact- checking for media practitioners and social media influencers was organized by the NITDA, with the theme,” Digital Journalism, Media Ethics and Fact Check.”
In his welcome remarks, Head of Corporate Affairs of the Agency, Hajiya Hadiza Umar, explained that the agency are committed to the expansion of the digital space and the promotion of robust, digital -based journalism that served the best and wider interest of the nation.
Umar, who represented by the Project Manager of Penlight Centre, Malam Dahiru Lawal, explained that the aim of the workshop was to enlightenthe Media practitioners to learn more on how to do fact- checks for diligence tracking on any information that came to them.
According to her, “the NITDA has identified developmental regulation, digitaltransformation, digitalliteracy and skills, promotion ofindigenous content,among the seven strategic pillars to be crucial to the development of the digital economy.
” In putting this crucial event together, we are thankful to the Image Merchants Promotion Ltd (IMPR) the Penlight Centre for Investigative Journalism, Khadimiyya Foundation, for their collaboration as our usual partners in progress.
“There’s no doubting the fact that we are in the digital age where everything is now based on computers and the internet. It is of interest to us, therefore, that our journalists take advantage of the available digital tools to do their jobs better and serve the country better”,.
She also identified overbearing presence of social media as one the challenges the digital era came up with.
According to her, “Of course the unregulated social media is a free market place where anything and everything goes. Fake news, toxic contents, hateful stuff, divisive and inciting narratives are prevalent in there because there are no gatekeepers or regulators to direct traffic.
“The theme of this year’s workshop is therefore very apt and timely, ” she said.
While presenting his paper, Dr Mansur Buhari, from Usmanu Danfodiyo University, Sokoto, identified misapplication of the journalistic Race Against Time(RAT) as one of the reasons for the rapid spread of disinformation and misinformation in Nigeria.
He said: “One of the reasons for the rapid spread of disinformation and misinformation in Nigeria is the misapplication of the journalistic race against time even by supposedly trained journalists who want to be first to break the news with just half of the picture,” he said.
According to him, the lack of patience and resilience to get the whole picture before disseminating information has embarrassed so many big journalists.
In his presentation,Malam Dahiru Lawal, the Project Manager of the Penlight Centre charged Journalists to always respect the right of the public to know the truth, facts as well as distinguish commentary and criticism.
Cross- section of the participants when interviewed, expressed delight about the workshop and thanked the NITDA for their efforts in ensuring the withering away of the pervasive fake news.

Lottery contract scam: Senate calls for out of court settlement

No going back on dethronement of Otuokpoti Monarch - Diri

Your email address will not be published. Required fields are marked * 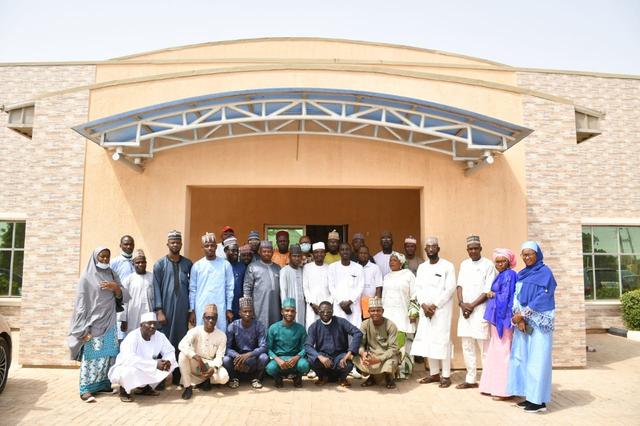 ‘Insider’ may be responsible for theft of Arik aircraft component – NCAA

From Fred Ezeh, Abuja Ahead of the 2023 general elections, the Archbishop of Abuja Catholic Archdiocese, Most...

‘Insider’ may be responsible for theft of Arik aircraft component – NCAA