Generation, characterization, and manipulation of quantum correlations in electron beams

Quantum degrees of freedom occupy a large parameter space compared with their classical counterparts. This property renders them challenging for simulation on classical computers. Nonetheless, it also endows them with a vast information capacity, useful for novel computational and metrologic paradigms1,2,3. Entangled photon pairs have long been the work-horse of quantum enhancement demonstrations in the optical arena, with applications in metrology4,5, imaging6,7,8,9,10,11, and spectroscopy11,12,13,14. A key concept in the generation of such useful states is initiation of well-monitored interactions between continuous variables. The latter exhibit rich entanglement spectra and large state space on which information can be recorded and accessed15,16,17,18,19. These concepts have not yet been addressed in the well-established field of free-electron-based metrology techniques, such as spectroscopy and microscopy20. Designing controlled entanglement of free-electron sources constitutes the main challenge, and this is precisely what we address here. 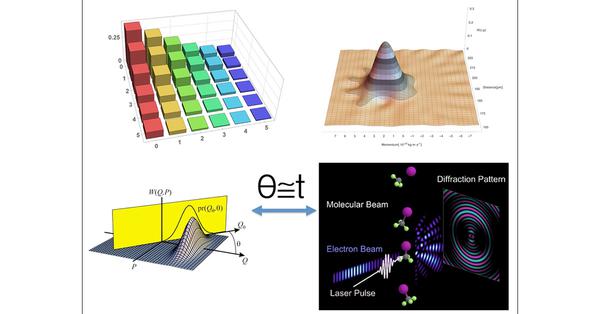 Extraordinary electron-beam-shaping capabilities have been recently demonstrated in electron microscopes combining ultrafast optics elements21,22,23. Revolutionary concepts such as free-electron qubits24 and cavity-induced quantum control25,26,27 are becoming available, pointing toward the emergence of next-generation quantum light–electron technologies. While photons maintain coherence over large distances, electrons decohere rapidly due to their strong environmental coupling. Combined with the control schemes mentioned above, this suggests that isolated electrons provide valuable quantum probes when selectively exposed to targets of interest. We show that electrons passing by polariton-supporting media can experience geometrically controlled interaction resulting in entanglement. This effect is closely related to Amperean pairing of electrons discussed in refs. 28,29,30, shown here to induce an entangled Einstein–Podolsky–Rosen state in the long interaction time limit.

Here, we study the quantum correlations generated by abrupt interactions of electron pairs with a neighboring medium, as depicted in Fig. 1, for a controlled time interval TI. We explore the transient state generated by abrupt interactions, as well as the steady-state limit in the perturbative regime. By varying two control parameters—interaction time TI and initial electron bandwidth σe—we effectively scan the degree of entanglement. The entanglement in the longitudinal dimension is characterized by the Schmidt decomposition of the wave function. We then calculate the coincidence probability and display it versus the degree of entanglement. We denote the resulting eigenstate electronic temporal modes (ETMs) in analogy to their photonic counterparts31,32. Finally, we propose a technique that is useful for real-time discrimination between ETMs, essential for state tomography and related quantum information processing applications.