Global tech company expanding in Halifax, vows to create up to 1,250 jobs

A multinational information technology company is setting up shop in Nova Scotia with an aim to create more than 1,000 new jobs.

Cognizant, which bills itself as one of the world's leading technology and professional services companies, plans to open a new global technology and service delivery centre in Halifax.

Nova Scotia has approved two payroll rebate agreements for the company, an incentive that means Cognizant could be rewarded with up to $27 million in public money if it meets its job-creating goals.

The province said tax revenue generated for Nova Scotia by the new jobs will be more than the amount spent on the rebate. Rebates are only paid after the business has generated actual payroll for the Nova Scotia economy.

The company said a number of technology and business professionals will be hired — up to 1,250 people over seven years — including developers, analysts, cloud engineers, team leads and more.

Jay MacIsaac, Cognizant's Canadian head of delivery centres, said Halifax was chosen for its expansion in part because of the region's vibrant technology community.

"The area's thriving academic community and base of tech talent make Halifax an attractive place for us expand," said MacIsaac in an email.

The company's website said it helps organizations better anticipate customer needs by modernizing their businesses, such as through application development.

During the term of the agreements, Cognizant could spend an estimated $327 million in combined salaries and benefits — the highest figure one company has committed to through payroll rebate agreements in more than a decade, the province said.

Laurel Broten, president and CEO of Nova Scotia Business Inc., the province's business development agency, said Cognizant's expansion into Halifax will bring new people to the province from across Canada and the world, and also provides opportunities for Nova Scotians and new graduates.

"As we want to see population growth and continued expansion of our province, it's a really big day and an exciting day," said Broten in an interview, adding the province competes with other jurisdictions across the globe to draw such companies. 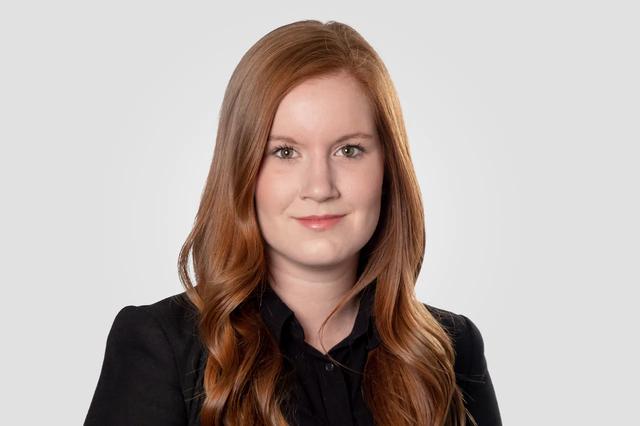 r here in Nova Scotia in terms of our talent base and our quality of life … Cognizant saw that as well, and they chose Nova Scotia."

The province will collect income and taxes from Cognizant's payroll spending and could return a maximum rebate of about $27 million to the company, a news release said.

Cognizant would be eligible for a smaller amount if it creates fewer than 1,250 jobs, the province said.

The company said it is currently hiring. It does not discuss salaries publicly, however MacIsaac said the wages will be "competitive for the area and profession."

He said the office will be located in the Baywest Centre on Mumford Road, and they have secured a location in downtown Halifax while that "buildout" is taking place.

Founded in 1994, the company employs more than 300,000 people and operates in 37 countries, with associates across Canada including in Toronto, Mississauga, Ont., Montreal, western Canada and now Halifax.

"This is an exciting opportunity, and we are thrilled to have Cognizant expanding to Nova Scotia, bringing with it more high-quality opportunities, which will add to our increasingly diverse and skilled workforce," said Corkum-Greek in the news release.

The expansion was also touted in the release by industry pundits, including Digital Nova Scotia CEO Wayne Sumarah and Andrew Rau-Chaplin, dean of the faculty of computer science Dalhousie University.

"This is a pivotal moment for the digital ecosystem in the province as an increasing number of organizations choose to open or start here and computer science education expands," said Rau-Chaplin.

Nova Scotia Business Inc. is a Crown corporation led by a private-sector board of directors.

The payroll rebates were authorized by the board and received final approval from the provincial cabinet.

The release said Nova Scotia's information and communications technology sector contributed $1.8 billion, or four per cent, of provincial GDP in 2020 and directly employed 11,000 people through 1,300 companies.