Google's "indecision" over what system it wants to replace cookies has been criticised by some in the ad industry.

It comes as the technology giant said an interest-based user-tracking system, Topics, would now replace its earlier proposal, Floc.

One marketing executive said: "This constant indecision does not inspire confidence."

Third-party cookies use people's browsing history to target ads that then follow them from site to site.

Privacy advocates and regulators have increasingly fought against them.

And Google has agreed to restrict their number on websites accessed via its Chrome browser, which commands about 65% of market share.

It had originally planned to block them from this year but postponed the move until 2023.

Floc (Federated Learning of Cohorts) aimed to disguise users' individual identities by assigning them to a group, or flock, with similar browsing histories.

But the idea was unpopular with both privacy advocates and advertisers

"The system was met with a lot of criticism when Google launched it," he said, "and it largely felt like a half-baked idea Google prematurely pushed out the door in response to changes in advertising and privacy."

"The past year has made it fairly clear that Google still aren't really sure of the best way forward." 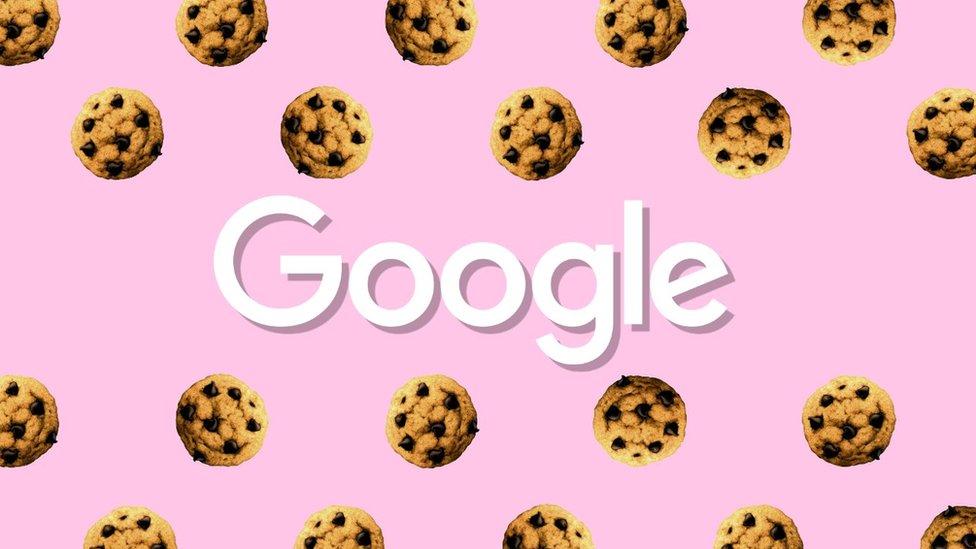 In a blogpost, Google confirmed Floc would now be replaced by Topics, a similar system that would group users in topic clusters, selected out of about 350 categories such as fitness or travel.

Topics pinpoints users' interests and stores these for three weeks before deleting them.

When someone visits a website, Topics will show the site and its advertising partners three of their interests from the previous three weeks.

But it would not share sensitive interests, such as gender or race, Google said.

And users would be able to remove ones they did not like - or disable the feature entirely.

But one advertising-technology company questioned how Topics would help advertisers better target users.

"Google's latest proposal on Topics is limited to one channel - its Chrome browser - and can't be applied to the multiple devices the majority of consumers use to access the open internet," The Trade Desk UK vice-president Phil Duffield said.

"This means that advertisers are restricted to basic targeting approaches."

Meanwhile, Bennet Cyphers, of the Electronic Frontiers Foundation, told The Verge while better than Floc, Topics would "still tell third-party trackers what kind of sites you browse".

And privacy-focused browser Brave, which has 50 million active users, said Google's change of plan was really just more of the same.

"The Topics API [application programming interface] is, at root, the same idea as Floc," wrote the company's director of privacy, Peter Snyder.

"In both proposals, the browser watches the sites you visit, uses that information to categorise your browsing interests, and then has the browser share that info back with advertisers."

And it was not up to Google to be "the arbiter of what users consider 'sensitive' data".

"People should decide what they consider sensitive - not Google," Mr Snyder said.

And Google's efforts were simply "paying lip service to protecting the open web" while maintaining their dominance.