Governor Janet Mills today swore in William Harwood as Public Advocate for the State of Maine. Harwood, one of Maine’s most experienced energy and utility attorneys, was unanimously confirmed for the position by the Maine State Senate today. The Legislature’s Joint Standing Committee on Energy, Utilities and Technology had also unanimously voted on January 11, 2022 to recommend his confirmation.

Prior to his confirmation, Harwood served as Senior Advisor for Regulatory Affairs within the Governor’s Energy Office, a position he has held since September of 2021. 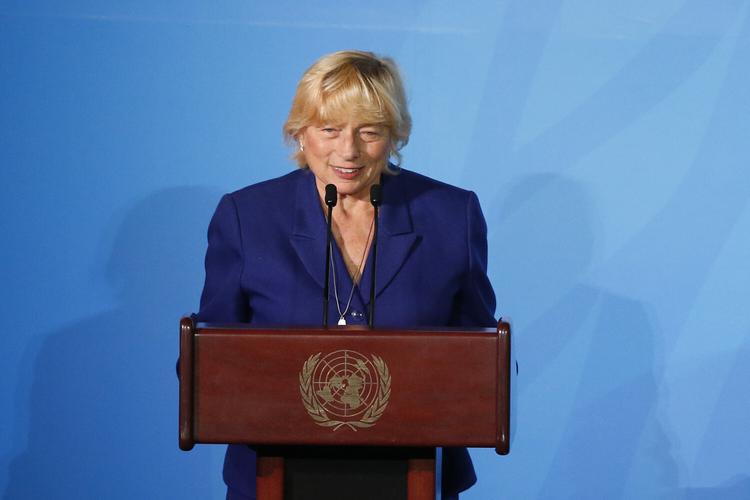 Before joining the Governor’s Energy Office, Harwood served as Senior Counsel at Verrill Dana in Portland. Over his four-decade legal career, he represented a wide range of entities, such as utility customers, public utilities, renewable energy companies, technology companies, paper mills, and colleges and universities, in matters before state and federal regulatory agencies. He has also helped landowners, from blueberry growers to nursing homes, in their negotiations with renewable energy developers regarding the siting and benefits of new solar projects.

Harwood has also been involved in many water utility issues in Maine, including representing customers in disputes over water charges, disputes with owners of land adjacent to sources of supply and disputes over access to water supplies. He has also served as an Adjunct Professor of Law at the University of Maine School of Law, where he taught utility regulation and administrative law.

Harwood has served on the Board of the Maine Bar Foundation and Legal Services for the Elderly, including as its Chair. He has also served on the governing boards of Hearthstone Inc., Katahdin Institute, The Jackson Laboratory, Yarmouth Historical Society, Waynflete School and Maine Justice Foundation, and the Hurricane Island Foundation. He is a past recipient of the Muskie Access to Justice Award, the American Bar Association Pro Bono Publico Award, and the Howard Dana Award for Outstanding Service for his work to promote free legal services for the poor.

Harwood is a graduate of Harvard University and Fordham University. He lives in Yarmouth with his wife, Ellen, and has five grown children.