The handles were purportedly operating out of Pakistan, sources from government toldBusinessLine adding that these handles had been identified after Twitter users tagged Rajeev Chandrasekhar, Minister of State for Electronics and Information Technology, asking him to look into their content.

Chandrasekhar also confirmed of one such posts and tweeted saying, “Taskforce on Safe & Trusted Internet at @GoI_MeitY at work. Handles that tried to push fake/ inciting content on twitter, youtube, fb, insta have been blocked.”

He said that the owners of such accounts were being identified for appropriate action under relevant sections of the law, and the platforms would also be held accountable for their due diligence. 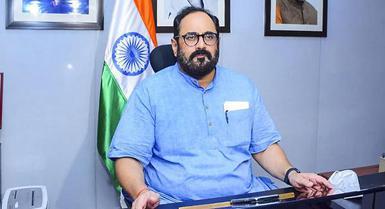 “We have asked the respective social media intermediaries to suspend them,” a senior at Ministry of Electronics and IT (MeitY) confirmed.

The official said that one such twitter handle had a fake video of a Cabinet briefing, in which audio was from another source, which was overlapped on the video. There were other videos too including one which showed violence against the Prime Minister Narendra Modi.

This is not the first time that the government has suspended accounts of such content owners and fake videos.

Recently, Ashwini Vaishnaw, Minister for Communications and IT, had also said that responsibility for content put out on social media platforms and websites should be clearly defined, adding that changes in technology and Internet over the last few decades, requires fundamental rethink in the governance structure of the Internet.