A draft opinion showing the Supreme Court may be on the verge of overturning the constitutional right to abortion could soon turn a routine activity for women across the country into a potent legal tool for law enforcement agencies: going online.

If finalized, the leaked draft opinion, published by Politico on Monday, is expected to trigger a wave of expanded abortion restrictions across the country, which in turn could embolden authorities to step up legal demands for the personal data of women.

One likely target is the information collected by internet service providers, which privacy and civil liberties advocates say has been used in the past by agencies to identify individuals, verify their location and connect them to relevant groups.

For women who may still seek abortions amid an expected wave of crackdowns later this year, it could mean that connecting to a wireless network at a health clinic or browsing related sites from your cellphone or desktop may create an opening for agencies to seize their data and mount a case.

"There is a long history of ISPs working relatively closely with law enforcement," said Justin Brookman, director of privacy and technology policy at Consumer Reports.

Hayley Tsukayama, a senior legislative activist at the Electronic Frontier Foundation, said law enforcement agencies are no strangers to these practices, but they may find additional ways to deploy them as states impose greater restrictions on abortions. 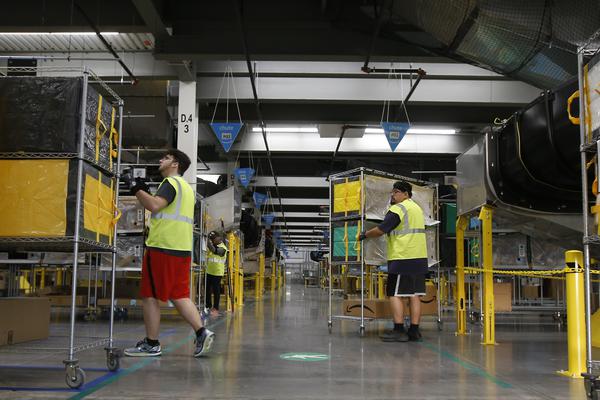 "It is probably less about them gaining more access to some of these private companies or to be able to compel companies to turn over information," said Tsukayama, a former technology reporter for The Washington Post. Since they already can access user data more broadly, they may use those tactics to obtain abortion data, she added.

The new rules will put a microscope on decisions by telecom giants, such as Comcast and Verizon, that may find themselves in a political minefield if pressed to fork over data from their customers to build an antiabortion case. "It is very likely that we see more pressure on companies to turn over that data," Tsukayama said.

That could put telecom giants squarely into the crosshairs of lawmakers in Washington who have typically focused more of their fury on technology giants like Google and Apple that will likely face separate data demands.

Cynthia Conti Cook, a technology fellow at the Ford Foundation, said law enforcement agencies in the past have often used warrants for geofencing data, which can be used to link individuals to a specific location, to connect people to cases. They have even been used commercially, she noted, including by advertisers targeting people at Planned Parenthood.

Another way in which law enforcement has used data from internet service providers to build their cases, Conti Cook said, is to collect information that can link an individual to a specific computer or IP address. "It is very clear how probable and how accessible a lot of these tools are," she said.

There are broad sources law enforcement agencies tap into to get data from suspects, including phone carriers, social media platforms, search engines and third-party data brokers. Privacy advocates said they are all likely to see more demands if Roe v. Wade is indeed overturned.

But Conti Cook said connecting to the internet through a personal device can pose unique risks because it can tie a web of people to an activity.

That could create heightened legal risks in states that seek to criminalize not only those who get abortions, but also those who provide them or facilitate the process, as the restrictive law in Texas has done.

"The level of risk that digital devices enter into any network that is supporting people, assisting people in seeking abortions, is that once one piece of the puzzle is in the hands of law enforcement, the potential to expose the network is there," she said.