Last week IBM updated its quantum computing roadmap for the third time since the first one was published in 2020. In this roadmap, IBM has effectively introduced new and essential technologies at every layer of the stack. It has also provided new tools for kernel developers, algorithm developers, and model developers. These developments all require new hardware, software, and new architecture.

This roadmap suggests that IBM will accelerate quantum's expected trajectory by developing quantum processors that have the potential to scale to hundreds of thousands of qubits several years earlier than expected.

If IBM’s roadmap is implemented, it will change the paradigm of quantum computing. A decade ago, CPU-centric supercomputing was the exclusive domain of government and researchers for solving large and complex scientific problems. Since then, it has been democratized and transformed into various types of AI-centric supercomputing used in almost every industry today.

I had the opportunity to discuss IBM’s new roadmap and its long-term impact on quantum computing with Dr. Blake Johnson, IBM Quantum Platform Lead. Dr. Johnson has an extensive quantum background. Before his current role at IBM, Dr. Johnson was Vice President of Quantum Engineering at Rigetti Computing, and preceding Rigetti, he was Senior Scientist at Raytheon’s BBN Technologies. Dr. Johnson received his undergraduate degree in physics from Harvard University and his PhD in physics from Yale University.

Dr. Johnson explained that IBM Research is developing four new quantum processors scheduled for release in 2023, 2024, and 2025. IBM Quantum System Two will provide the infrastructure needed to support its new processor architecture. IBM is planning for a prototype of System 2 to be running in 2023.

On the previous roadmap, IBM launched Qiskit Runtime, a runtime environment of co-located classical systems and quantum systems built to support containerized execution of quantum circuits at speed and scale. Earlier this month, IBM announced updates to Qiskit Runtime, equipping it with two new primitives. Primitives are predefined programs that make it easy to create quantum-classical workloads needed to build and customize applications.

The new primitives - Sampler and Estimator - optimize how code is sent to a quantum computer. Sampler generates outputs that help determine a solution to the computation by sampling quantum circuits. Estimator is a program interface that estimates the expected values of quantum operators so that users can calculate and interpret the anticipated quantum operator values needed by many algorithms.

In 2023, IBM will provide additional primitives that run on parallelized quantum processors to obtain application speedup. At a high level, Quantum Serverless allows for flexible combinations of elastic classical computing with quantum, while Primitives serve as the quantum-classical interface.

In addition, it also employs an entirely new multi-qubit gate scheme that is both faster and higher-fidelity.

In 2023, a new 133-qubit QPU called Heron will be the first IBM processor to use the new architecture. The above graphic illustrates how multiple Heron processors can be linked together using classical couplers to permit classical parallelization.

Dr. Johnson said that the multi-chip Heron configuration would be extensible based on demand and application requirements. He said, “We believe this is an extensible architecture that is scalable to whatever size we want by using classical parallelization of quantum hardware."

Modular design, classical coupling, and parallelization of quantum hardware are all essential elements in designing a quantum-centric supercomputer.

In 2023, IBM’s roadmap begins building the foundation needed for its long-term goals by introducing short and long-range quantum coupling technologies. Couplers allow qubits to be logically scaled without fabricating larger chips. This accommodates increased input-output density that would otherwise be needed to get more signals in and out of the system.

The coupling scheme requires the same number of wires per qubit, but the couplers stretch out the footprint so that more wires are not crammed into the same physical space. 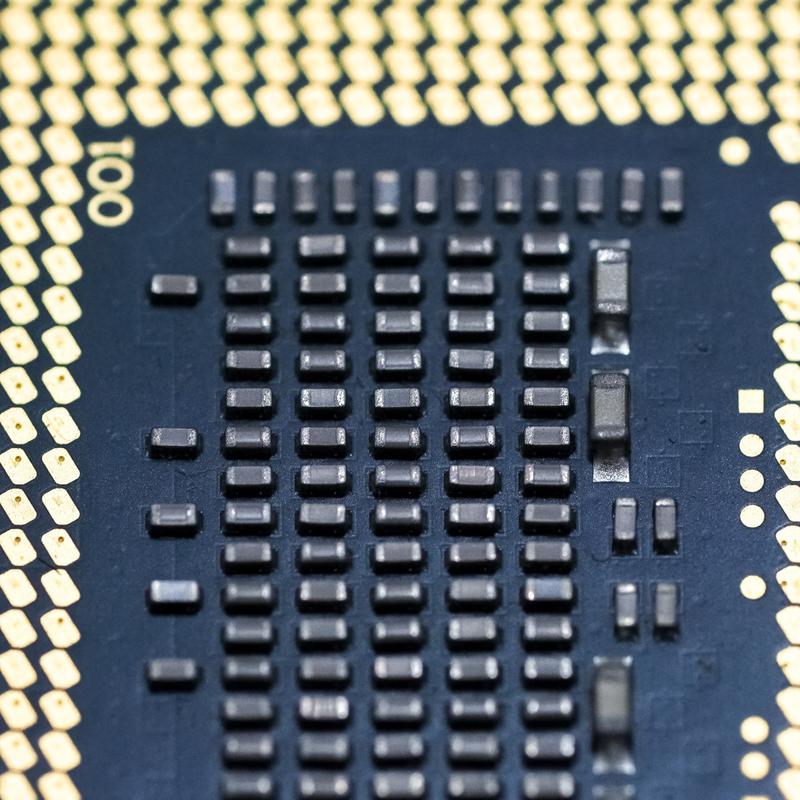 Quantum technologies developed in 2024 will pave the way for the next generation of quantum processors and enable them to scale to hundreds of thousands of qubits using multiple chips.

In 2025, IBM will use technologies developed in prior years to create a 4158+ qubit quantum processor called Kookaburra. It will be the first processor to use a combination of the chip-to-chip short-range and long-range couplers.

Looking past 2025, coupling technologies will begin to solve most near-term scaling problems. As shown with Heron, systems can be linked together with classical parallelism using chip-to-chip links for multiple modules or extend the size of individual units with long range coupling.

Dynamic circuits are a powerful and important technology that can:

The use of dynamic circuits has essentially created a much broader family of circuits that take advantage of measurement and computation and management to allow future states to be changed or controlled by the outcome of mid-circuit measurements made during circuit execution.

In 2023, IBM will begin developing more enhanced applications of elastic computing and parallelization of Qiskit Runtime.

It is much easier for algorithm developers to create and run many small quantum and classical programs than one large program. IBM is integrating Quantum Serverless into its core software stack to enable circuit knitting, allowing large quantum circuits to be solved by splitting them into smaller circuits and distributing them across quantum resources. Knitted circuits can be recombined by using an orchestrated solution of classical CPUs and GPUs.

The necessary hardware and software should be in place by 2023 that allows model developers to begin prototyping software applications for specific use cases. According to the roadmap, machine learning will be the first case. Jumping forward to 2025, IBM plans to expand applications to include optimization, natural sciences, and others.

There are several challenges IBM must address in its roadmap if it is to reach its end goal of building a quantum-centric supercomputer:

IBM’s future efforts will continue to focus on scaling qubits, increasing quality and maximizing speed of quantum circuits. Each block of technology in its roadmap is a measured and critical step in an overall orchestrated evolution that, if properly executed, will allow IBM to achieve its end goal of building quantum processors with hundreds of thousands of qubits. Qiskit Runtime and Runtime primitives will continue to play an essential role in IBM’s future plans and it is expected to increase speedup from today’s 120x to 200,000x sometime in the future.

In 2023, IBM will deploy the last of its single-chip quantum processors, the 1121-qubit Condor. That year will also see the deployment of three key technologies that form the foundation of its overall plan. These consist of a completely new quantum computing architecture and two key scaling elements: a short-range chip-to-chip coupler and a long-range coupler.

The first multiple chip processor, called Crossbill with 408 qubits, will be introduced in 2024. This step explores the path to increase the size of quantum processors beyond the area limits of a single chip.

A year later, in 2025, almost every part of IBM’s technology plan comes together in the form of a 4158+ qubit quantum processor called Kookaburra (a plus sign behind the qubit count means IBM believes it can scale this processor to any number of qubits it feels is necessary for the application). While each new quantum processor is important to the overall roadmap, Kookaburra appears to be the cornerstone of IBM’s future generations of quantum processors. In previous roadmaps, it seemed that Condor would be the future architecture.

By 2026, quantum computers with large numbers of qubits should finally be able to solve a select number of useful problems far beyond classical computers' capability.

Note: Moor Insights & Strategy writers and editors may have contributed to this article.