When gadget bloggers started writing about Ikea’s forthcoming Knappa, a digital and disposable cardboard camera that can fit in your pocket and comes folded flat, it became impossible to keep the camera lust at bay.

But it turns out that the Knappa, available later this year for about $8, is actually a promotional item meant to showcase the Ikea PS 2012 line of furniture.

Furthering new camera curiosity is a fake Instagram camera prototype going around the web that’s based on the insanely popular phone app.

There are, however, several current options to satiate camera geeks until the Knappa and actual Instagram camera arrive.

What’s Instagram if not an app version of a Polaroid camera?

Immediately-produced, square-cropped photos with a faded tint? That’s totally a Polaroid. Okay, so you can’t upload it on the Internet, but the original Polaroid concept still exists, though the body shape has been changed to look more “modern” (

The film is still the same, producing those beloved, square-bordered pictures you remember from your childhood. (You’re not that old? Shush.) The Polaroid 300 Classic Instant Camera is $70 at Buy.com, but it’s the film, which costs $1 per shot, that hurts the wallet. Still, maybe you won’t take 800 blurry pictures of your dog if you have to shoot with purpose.

Mix the old with the new

If you want the best of both worlds, you could go for the updated Polaroid Z340 Instant Digital Camera ($279), also sold at Buy.com. Unlike the more basic 300, the Z340 actually looks more like the traditional Polaroid camera.

That’s where the similarities stop. The updated version will produce a digital image for you to upload later on your computer, and it will instantly print a 3-by-4, full-color photo for you to give to your friends right then and there — no Facebook tagging necessary. 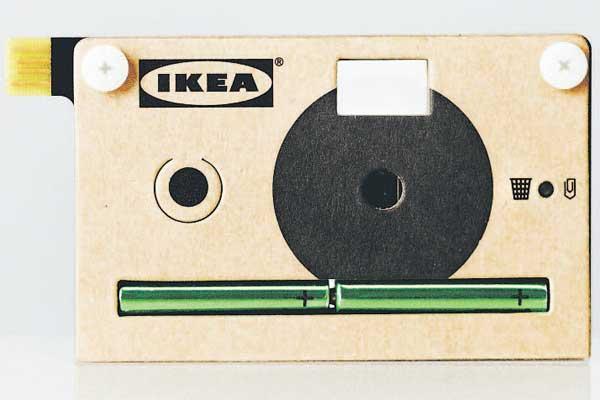 a camera that all the other writers and photographers were using: The GoPro HD Hero ($299).

This one is not for the faint of heart. Because there’s no LCD screen, there’s no way to see what you’re shooting, and you can’t immediately review the images afterward.

But this tiny powerhouse, which is wearable and mountable, waterproof, and can capture wide-angle photos and video. Those features are amazing if you want to document surfing exploits or jumps over BMX bike hurdles. If you want to go underwater, you can even film the aquatic underworld.

The camera comes in several variations to suit your sporty needs — the Surf Edition, Motorsports Edition and Outdoor Edition. Each has a set of accompanying headpieces or mounts to help make recording incredible video and taking pristine HD shots easier. For the price, the GoPro can’t be beat.

This may come as a shock to the digital generation, but you don’t need an app to make your pictures soft and fuzzy with leaky strands of light crisscrossing the image. Before the dawn of the iPhone, there was this thing called film, and there were these special sorts of cameras that would automatically render these effects on your pictures.

Lomography has brought back the Holga (first invented in Hong Kong during the 1980s) for analog photography fans to play with. Most of the Holga series shoots with medium-format films and produces dreamy, color-washed images that would make Instagrammers instantly jealous. A Holga starter kit comes with the camera ($75), a plastic 60/8 optical lens, built-in color wheel (with different color gels) and a book featuring Holga photography. If you want to get even crazier, look at Lomography’s pinhole cameras and the Diana series.

Tricia Romano is a freelance writer who lives in Seattle. She likes reading on her Kindle and writing for the online magazine