Jharkhand HC Issues Directions For The Release Of Oxygen Cylinders Lying In Judicial Custody To...

In an urgent hearing conducted on Saturday (May 8), the

issued an order for utilization of Oxygen cylinders which are lying in judicial custody in different districts in connection with various cases for the purpose of treating COVID-affected persons.

conducted the urgent hearing in view of the memo submitted by the Advocate General for the State seeking the abovementioned direction.

The AG submitted that that Additional Chief Secretary, Department of Health, Medical Education and Family Welfare, Govt. of Jharkhand had informed the DGP, Jharkhand about seizure of such Oxygen cylinders which are lying in judicial custody.

Further, it was stated that a request had been made to make available those cylinders to the Deputy Commissioner-cum-District Health Committee of each district for its utilization in view of the shortage of oxygen cylinders in the State.

Lastly, it was submitted that if such Oxygen cylinders could be allowed to be utilized, it would be of great help to the State in facilitating the treatment for a sufferer of the Covid-19 pandemic, who are in dire need of Oxygen.

Therefore, the Court ordered the release of the Oxygen cylinders provisionally on following conditions:

The Deputy Commissioner-cum- Chairman, District Health Committee of the concerned district will furnish an affidavit with an undertaking along with the copy of this order before the concerned court for release of such Oxygen cylinder(s) mentioning therein the details of the case(s). 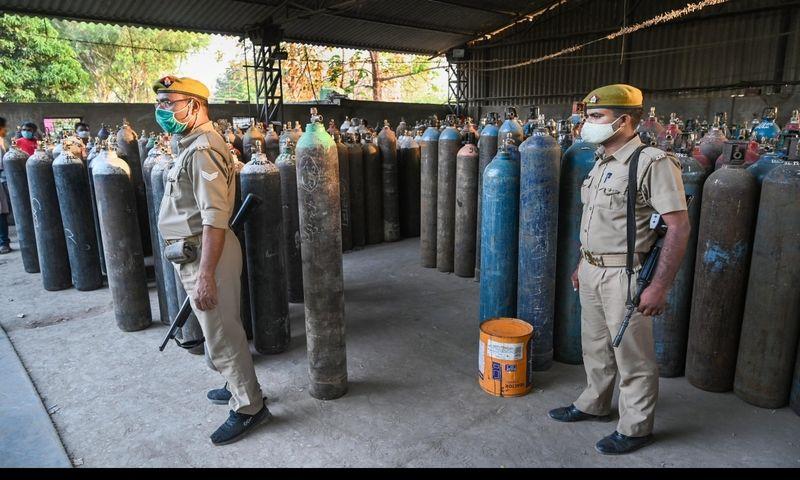 The undertaking which would be furnished by Deputy Commissioner-cum- Chairman, District Health Committee will contain all details of

cylinder viz. quantity of oxygen or its weight etc. and further with a specific undertaking that such cylinder would be returned within a period of three months or even earlier also if it will be required by the Court.

The Court below, where cases are pending, will pass necessary order by recording such undertaking furnished by concerned Deputy Commissioner-cum- Chairman, District Health Committee.

The Deputy Commissioner-cum- Chairman, District Health Committee is further directed to ensure identification of such cylinders before it is released and further secure return of such Cylinder on "as is where is" basis.

Such provisional/condition release would be without prejudice to ownership claimed or to be claimed by any person.

After the release of such cylinder the concerned Deputy Commissioner-cum-District Health Committee with the consultation of Civil Surgeon of the respective district shall also ensure the efficacy of such cylinder(s) and only after testing its perfection it may be used in order to avoid any casualty.

Condition of the Sadar hospitals

Taking into account various news reports claiming that that five people died due to lack of O2 flow at Ranchi Sadar Hospital in the early hours of Thursday, the Court remarked,

Therefore, direct the Secretary, Department of Health, Medical Education and Family Welfare, Govt. of Jharkhand was directed to conduct a detailed inquiry on the issue and fix accountability upon the erring person(s) and submit its report on or before the next date of hearing.

Lastly, the Court also directed the Advocate General of the State to apprise the Court by filing an affidavit with respect to the arrangement made in the Sadar Hospitals of each and every district of the State.

In related news, the

to immediately dispose of

case properties like life-saving drugs namely Remdesivir, Oxygen cylinders and oximeters and such other related articles within a week of the case being instituted before them.