In an act of solidarity between two veteran rock stars with a shared history of espousing progressive causes, Joni Mitchell has joined Neil Young in removing her music from Spotify in protest at it hosting a popular anti-vax podcast.

Mitchell, whose 1971 album Blue is regarded as one of the greatest of all time, is the first high-profile musician to take a stand alongside Young against the streaming behemoth.

“Irresponsible people are spreading lies that are costing people their lives,” she said. “I stand in solidarity with Neil Young and the global scientific and medical communities on this issue.”

The move ratcheted up the dispute over controversial podcasts by the comedian Joe Rogan hosted by Spotify, which last week triggered a storm over anti-vaccine conspiracy theories, cancel culture and the policing of social media.

Many of Young’s fans and supporters of his stance called for a boycott of the streaming platform, and for other artists to follow his lead. “I stand with Neil Young” and “#CancelSpotify” became rallying calls on social media.

Spotify began removing Young’s music from its platform after he issued an ultimatum to the company. Referring to controversial podcasts by the comedian Joe Rogan hosted by Spotify, Young said: “They can have Rogan or Young. Not both.”

Spotify said it regretted Young’s decision but hoped “to welcome him back soon”. The streaming behemoth paid $100m in 2020 for the Joe Rogan Experience podcast, which is one of the most popular podcasts in the world with an estimated audience of 11 million. 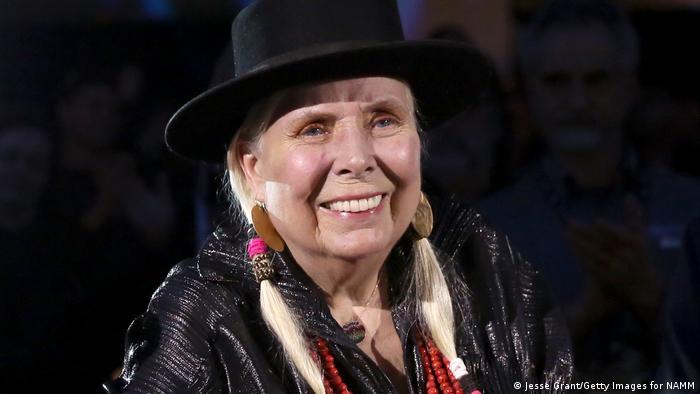 Hundreds of scientists and medical experts have signed an open letter to Spotify, saying that Rogan has “repeatedly spread misleading and false claims on his podcast, provoking distrust in science and medicine” and had “spread a number of unsubstantiated conspiracy theories”.

In a message on his website on Friday, Young said he “felt better” for leaving Spotify. “Private companies have the right to choose what they profit from, just as I can choose not to have my music support a platform that disseminates harmful information,” he wrote. “I am happy and proud to stand in solidarity with the front line health care workers who risk their lives every day to help others.”

Spotify’s share of the US music market rose from 7% in 2010 to 83% in 2020, a dominance which is certain to discourage musicians from walking away. Another complicating factor is that many big stars have ceded control over their music by selling their publishing rights for enormous sums. Last year, Young sold half of the rights to his song catalogue to Hipgnosis for an undisclosed amount, but believed to be nine figures.

Young and Mitchell, both septuagenarians, have been friends for more than half a century. One of Young’s greatest songs, Only Love Can Break Your Heart, was apparently written for Graham Nash, his former Crosby, Stills, Nash and Young bandmate who was grieving over the end of his relationship with Mitchell.

According to Mitchell’s Spotify page, she has 3.7m monthly listeners to her music. Her songs Big Yellow Taxi and A Case of You have both been streamed more than 100 million times on the service. Young has 6.2m monthly listeners, with Heart of Gold and Harvest Moon his most streamed tracks.

Young and Mitchell contracted polio as children before vaccinations against the virus were widely available. Mitchell was hospitalised for weeks, and Young recalled having a quarantine sign on the door of his family home warning people not to enter. “No one wanted to be near me for a while,” he wrote in his autobiography, Waging Heavy Peace.

Mitchell also had a brain aneurysm in 2015, a decade after Young was treated for the same condition.

In his memoir, Young makes many references to his friendship with Mitchell. In 1971, while he was on tour, she made him a “beautiful knitted hat” with a seashell hanging from the front. “I could feel the love in it,” he wrote.

Calls on social media for people to cancel their Spotify subscriptions intensified after Mitchell’s statement in support of Young’s stand. Spotify has not disclosed how many cancellations there have been in recent days, but a message from its customer support team to subscribers said the streaming service was “getting a lot of contacts so may be slow to respond”.

Meanwhile, Barry Manilow denied that he would follow Young’s lead in removing his music from Spotify.

The 78-year-old singer, whose 1970s hits include Copacabana and Mandy, wrote on Twitter: “I recently heard a rumour about me and Spotify. I don’t know where it started, but it didn’t start with me or anyone who represents me.”