Location： Home / Technology / Life After Jawbone: Which Fitness Tracker to Buy Next

Life After Jawbone: Which Fitness Tracker to Buy Next

Don’t be fooled by the deep discounts on Jawbone’s fitness bands at retailers such as Amazon and Best Buy. Jawbone is going out of business. So even though you can find each generation of Jawbone’s UP fitness tracker for as low as $49, that appealing price simply isn’t worth it since there won’t be any company left to provide support.

But what to do if you already own a Jawbone, and want to switch to a different fitness tracker? Here’s how you can move on in a post-Jawbone world.

Jawbone’s best features, and where to find them now

Jawbone set the standard for slim and stylish fitness trackers with advanced features, such as NFC payments, sleep tracking and bioimpedance sensors for heart-rate tracking. The company’s beautifully designed UP app for iOS and Android has racked up thousands of positive reviews.

Now that Jawbone is done for, though, there’s no point in trusting your data with a company that could shut down its app and end support of its devices at any moment. (I reached out to Jawbone via email to find out whether the company plans to address customer questions, honor warranties or continue to support the Jawbone UP app, but public relations representatives have yet to respond.)

There are many other high-quality (and affordable) fitness trackers made by companies that aren’t going out of business. If you loved your Jawbone, consider these alternatives.

If you own a Jawbone UP Move...

Jawbone’s entry-level fitness tracker is a low-profile, quarter-size device that you can wear on your wrist or clip to your clothing. It has an accelerometer for tracking steps and sleep, and its LED display shows when the device is in activeor sleep modes.

If you’re looking for a similarly basic tracker, I’m a big fan of the

. Like the Move, the One has a display and can also be worn on your clothes for undercover fitness- and sleep-tracking. If you need an activity tracker that matches the Move’s 6-month battery life, try the

. Both the Fitbit and Misfit devices have a coin-cell battery that can be swapped out when it dies, so you don’t have to remember to charge them.

Jawbone’s tagline for the UP2 was “where performance meets style.” That’s an easy standard to meet these days, with companies like Fitbit and Misfit making bracelet-style fitness trackers that look nothing like the chunky plastic activity bands that were inescapable just a few years ago.

are the best picks for stylish bands that track your steps and sleep without looking like in-your-face fitness trackers. Like the UP2, the Flex 2 and the Ray lack displays, but they offer smartphone notifications in the form of LED lights that flash in different colors depending on the notification type. That’s more than the UP2 could do. Both are waterproof and wallet-friendly at under $100. The Flex 2 takes the edge for Fitbit’s app, which is just as good as Jawbone’s, but both bands are solid options for UP2 owners.

band is unique in that it uses bioimpedance sensors to monitor your heart rate. Those sensors send electrical currents through your skin, similar to an electrocardiogram, and are thought to be more accurate than the optical sensors that have become standard in fitness bands, such as the

. Unfortunately, the only other devices that use sensors similar to those in the Jawbone’s are chest straps, such a 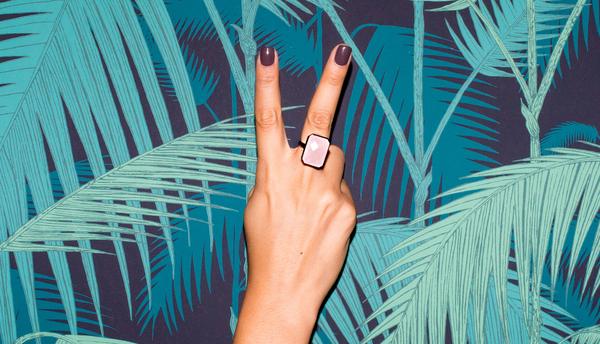 Jawbone’s bands don’t track your heart rate continuously. The UP3 and UP4 measure your resting heart rate in the morning and then check your beats per minute sporadically throughout the day. They can’t capture heart-rate data during exercise.

The Best Fitness Trackers Under $100

If you want a band nearly as slim as Jawbone’s and that can automatically track your workouts, including continuous heart rate-monitoring throughout,

is a worthy contender. The $130 band’s optical heart rate sensor accurately tracks your BPM, and that heart-rate data contributes to deeper sleep-tracking analysis in the Fitbit app. Users might miss Jawbone’s app, but Fitbit’s is a solid alternative with challenges that motivate you to be more active. And with about seven days of battery life between charges, the Alta HR is a minimally fussy fitness tracker.

Another option is theNokia Steel HR. Originally released under the

, the Steel HR is a heart-rate-tracking fitness band that looks like a stylish watch. The stainless-steel case with elastomer band easily transitions from the gym to the office to dinner, and it also comes in two sizes — 36mm and 40mm — to fit a variety of wrists.

Unlike other activity-tracking watches, the Steel HR has a small display on its face where you can see your current heart rate and daily stats, like step count and distance traveled. The watch automatically tracks 10 different exercises, including running and swimming, then syncs that data to Nokia’s Health Mate app. You’ll need to press the Steel HR’s crown to jumpstart continuous heart-rate monitoring during those workouts. The watch also tracks sleep.

If you’re looking for a fitness tracker to help you count calories and lose weight, the Steel HR integrates with MyFitnessPal and also Nokia’s

, which I’ve used and highly recommend.

You can currently snag a Steel HR under the Withings brand on retailers like Amazon and Best Buy. Nokia will start carrying the rebranded version on its

Jawbone put all of the UP3’s features in its

band, then took it to the next level by adding payments right from your wrist. If you want a similarly stylishfitness band that can track your heart rate and substitute for your debit card, it’s time to invest in an Apple Watch. Yes, Apple’s smartwatch is far more expensive than Jawbone’s more basic bracelets were — the Apple Watch starts at $269 — but you’ll get all the features the Jawbone offered and then some.

works on the watch

, is integrated with a variety of banks and credit card companies; the watch also tracks your heart rate and offers apps that track your sleep. If you shell out an extra $100 for the

, you’ll get GPS and swim tracking.

And, hey, at least you know Apple won’t go out of business anytime soon.

Caitlin is a Senior editor for Gizmodo. She has also worked on Tom's Guide, Macworld, PCWorld and the Las Vegas Review-Journal. When she's not testing out the latest devices, you can find her running around the streets of Los Angeles, putting in morning miles or searching for the best tacos.