‘Malignant’ film review: The end sort of justifies its means

Also in this package

Can a movie that’s deficient in just about every way be redeemed by an original twist? In the case of ‘Malignant’, the answer is ... sort of.

Directed by James Wan (who has bona fides in both horror — ‘Saw’, the ‘Conjuring’ and ‘Insidious’ franchises — and blockbusters — ‘Aquaman’, ‘Furious 7’), the action kicks off with staff at a dubious hospital in an obvious CGI setting dealing with a murderous patient’s rampage. “Time to cut out the cancer,” says one doctor, in what sounds like a stab at a tagline.

No, they can’t. There’s plenty of gruesome to go around. Which is not to say ‘Malignant’, which was not screened for review until the night before its release, succeeds as a scary movie — it does not. It’s not creepy, it relies on highly improbable decisions, and it throws jump scares and slider-happy sound design at the wall hoping something will stick. The direction feels uninspired, even wan. Slow push-in after slow push-in and other unmotivated camera moves, plus copious fog-machine work and a poorly deployed score stand in for atmosphere or tension. 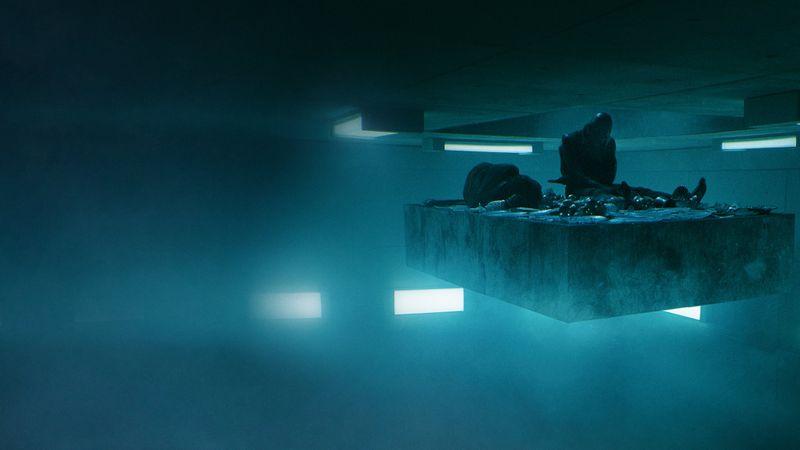 The dialogue throughout is remarkably flat, even for the genre. And it’s more annoying than usual that characters don’t behave believably. (Are you sure you want to stroll into the superhuman killer’s lightless lair alone? Police procedure — what’s that?)

There’s no character development to speak of, though the two nice ladies going gaga over the handsome hapa detective each make you root for them. The nearest the movie comes to human interaction is in those moments, marking them as the only characters you’re hoping don’t die. It’s not applicable to critique the acting because there’s so little attention paid to making anyone on screen feel like a real person; even the excellent McKenna Grace as young Madison and legendary stuntwoman Zoe Bell aren’t given enough to stand out.

That said, the film’s big reveal is a doozy. It’s that rarity for the genre — an original twist (that obviously will not be spoiled here). Many of the bells and whistles around it are predictable, and it takes a long time to get to it, but once it emerges, the movie becomes a lot more fun. In fact, it transforms from a half-hearted horror specimen to an enjoyable action movie. It’s the kind of thing that could generate actual buzz, or at least a substantial cult following, for an otherwise underachieving film. (Especially with Warner Bros.’ 2021 strategy of a simultaneous release in theatres and on HBO Max.)

If you can hang with the slow gestation of the first hour or so of ‘Malignant’, the final third may grow on you.