Also in this package

Like most good things in Bollywood, it all began with superstar Shah Rukh Khan.

Back in 2015, his building materials business empire Danube was branching out into property business and the self-made business mogul felt it would be a neat idea to sponsor a gala night attended by Khan and a bevy of Bollywood talents.

Plus, the sponsorship opportunity earned him incredible bragging rights with his better half.

“The best thing about that night was that my wife Sameera is very fond of Shah Rukh Khan and she got to sit on that same table with him. It was a dream come true for her … And then one year later I ended up owning the Filmfare Middle East magazine with the vision of bringing Bollywood to the Arab world,” said Sajan in an exclusive interview with Gulf News ahead of his glamorous gig on October 28 at The Meydan Hotel in Dubai.

Resurrecting and reviving a Bollywood film magazine like Filmfare Middle East and then topping it up with an event — the first of its kind in light of the COVID-19 pandemic — to honour the best in Bollywood and beyond became his ultimate mission.

“Whether it’s midnight or at 4am, I am constantly following up if the stars we invited have gotten back to us or not … This is not a money-making project for me, Bollywood is my absolute passion,” said Sajan, chairman, and founder of Danube. 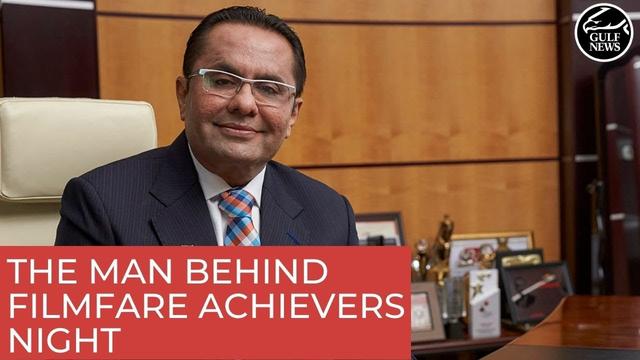 “The whole idea of re-launching the Filmfare Middle East was to bring Bollywood to the Arab world. Let’s face it’s not easy to go to India and attend star-filled events … But we are getting stars on a platter here and I couldn’t be happier,” said Sajan.

Under his leadership, the FFME Achievers Night saw its inaugural edition being held at Bollywood Parks & Resorts with Deepika Padukone in 2018, followed by a glittering night a year later in Oman. These events were invites-only, but this time around Sajan and his team have opened their doors to the public. It’s a ticketed event where you get to star-spot with just Dh157 and more.

“Our inaugural edition with Deepika Padukone was super-duper hit and she was our showstopper. This year we are expecting at least 6,000 people to attend this massive event and we have opened it to the public now. With the Expo 2020 Dubai and T20 Cricket World Cup happening right here, it just made sense to bring this ambitious night to Dubai again,” said Sajan.

Sajan, whose real-life story of making it big in the business world on his own steam and grit warrants a Bollywood biopic, says it’s not easy planning an event of this scale post the pandemic. He recalls how veteran actor Jeetendra was reluctant to travel to Dubai from India fearing his health.

“We wanted to felicitate him with the Lifetime Achievement, but he told me that he hasn’t stepped out in more than a year. But I told him that his friends Prem Chopra and Ranjith are coming my friend! But I am keeping my fingers crossed on this one. But the pandemic is not my biggest challenge,” said Sajan.

The timing of his event coincides with Bollywood productions returning to work nearly two years after the global pandemic triggered a lull in film shoots and movie releases. “The biggest challenge is happening because one and a half years the industry was closed, that means there was no work done. Now suddenly everything has opened, and all the dates of stars are jammed. Directors want to complete their movie fast, or they are busy with promotions, but we are still able to get more than 75 Bollywood stars and more under one roof. It’s a remarkable feat,” said Sajan. His dream is to revive the Bollywood entertainment scene in Dubai with a bang.

“My biggest dream is to make the Filmfare Middle East Achievers Night the event of the year! Here we are not only talking about Bollywood stars … We are talking about the Arab world, Pakistani stars, and Bollywood coming together for an iconic night. Trust me it will be spectacular, and our event will reflect the spirit of Dubai,” Sajan added.

Ask him about his ultimate wish-list and he says that his team has reached out to Priyanka Chopra Jonas’ and the Khan triumvirate (Salman, Aamir and Shah Rukh).

“We have still not given up hope. I am not sure if Shah Rukh will make it after what has happened to his son, but we are still trying for the others. If they attend, it will be a bumper opening … I am a big fan of Priyanka Chopra too,” said Sajan.

The tycoon, who built his business empire from scratch, is also determined to make FFME Achievers Night an accessible event for all in the UAE.

“Our ticket prices are very inclusive. Anybody who loves Bollywood, Arab cinema, and Pakistani entertainment can be a part of this iconic night … Bollywood and cricket are in our blood,” said Sajan.