Animesh Samuel, co-founder and chief executive of E42, told Mint that the platform’s bots, which he refers to as “AI workers", are more developed and complicated than just chatbots. The latter are services deployed across various websites to automate customer queries, in a bid to augment human-driven customer services.

Samuel said that while E42’s AI workers include chatbots, they are more advanced in terms of the tasks that they can execute. These “complicated" tasks include AI bots that can automate the workflow of a company’s human resources and accounts departments – and also work as an analyst by processing data. 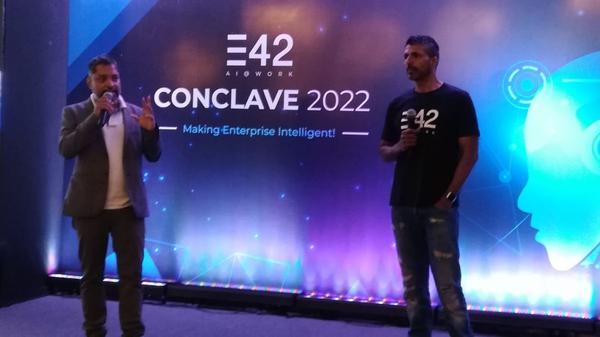 E42 so far has about 20 clients, which include the likes of Tata Consultancy Services, Hindalco and Mahindra & Mahindra. Samuel said these clients, which have used E42’s AI platform to build their bots, can now offer the application programming interfaces (APIs) of the developed bots through the newly launched marketplace – from where third party companies can “hire" them for a fee.

The process, according to Samuel, eliminates the need for smaller companies with limited resources to go through the process of developing and deploying their own automated bots – which could be complicated for those without access to ample data to train these services.

To be sure, the E42 marketplace is not the only click-to-deploy AI bot marketplace in India. American software firm Automation Anywhere already has a similar AI bot store, which offers automation packages developed by the likes of Salesforce, ServiceNow, Microsoft, Google and others.

Big tech firms have their own AI automation marketplaces as well. For instance, Amazon has its Amazon Web Services (AWS) Marketplace, which offers services such as Accenture’s Conversational AI Platform as click-to-deploy tools for business. Microsoft, similarly, also has its Azure Marketplace offering similar services.

Is Elon Musk actually going to buy Twitter? Can he just ...

Top industry executives lose interest in the concept of ...

E42’s Samuel added that the question of such AI “workers" replacing humans in existing jobs is not out of the question. “This moment would be similar to the advent of the personal computer, which replaced a lot of human work such as physical book-keeping in accounts. While some jobs will become obsolete, this will make way for humans to take on more advanced roles, and upskill their profiles," he added.

Heavy rains alert in these states for 2 days; heatwave...

Subscribe to Mint Newsletters* Enter a valid email * Thank you for subscribing to our newsletter.
Hot Articles
Popular Articles