More than £400,000 is to be spent by Nottinghamshire County Council to update its remote meeting and live-streaming technology.

But not before concerns were raised by some councillors over the cost and where the money was coming from.

The Covid pandemic introduced hybrid working last year with some meetings held online and others in person, and although council meetings now have to be conducted in person, many regular meetings and officer meetings are held online.

A report presented to the economic development and asset management committee states the current system is "outdated" and has "unsuitable equipment to deliver better and more efficient council meetings utilising the latest technology".

It goes on to say that the "current technology challenges mean that when meetings are live-streamed it is difficult for viewers to follow and identify who is speaking. The video and sound feeds are not of sufficient resolution and quality to be fit for purpose".

A total of £335,269.53 would be used to improve technology in the Council Chamber and the Rufford Suite. 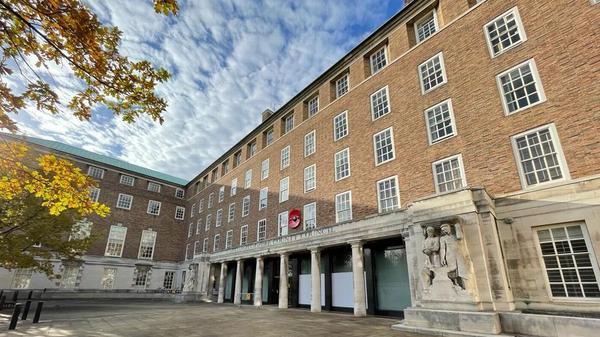 A further £102,072.20 will be spent to equip committee rooms B and C with ancillary rooms that can be used for civic functions plus a three-year support package and licence fees, bringing the total to £437,341.73.

While committee chairman Councillor Keith Girling welcomed the opportunity for better technology that would enable people to be "heard and understood", other councillors struggled to accept the cost.

Mr Girling said: "Last week, 70 people watched the broadcast of the full council on a pathetic little screen. This is about openness and transparency."

But Councillor Dave Shaw (Hucknall West) said it was "an awful lot of money" and added "it beggars belief that we are spending this money".

He said: "If people are present and voting in the chamber, we don't need to spend this kind of money.

"At the moment, I am supporting young people in my division to feed themselves and I cannot justify spending this money for an internet connection."

A question was asked about which grant the funding would come from and, when an officer was not immediately able to answer it, a debate was sparked about where the money would be found.

The report mentions a grant but also says that the money will come from the capital fund, which led to councillor discussion and confusion.

It was explained to councillors that if they voted in favour of endorsing the allocation of funds for new technology, the issue would pass to the finance committee for ratification and the origin of the grant would become clear.

But not everyone was convinced, even when one of the officers finally announced it would be coming from Government funding to support measures and ways of working linked to the pandemic.

Councillor Steve Carr (Beeston North) said: "I have not seen any grants at this level. I would still argue that is not a good use of money. The cost of living is spiralling and we are agreeing to spend over £400,000 on technology.

"I am not going to support something until I see the details."

But Councillor Roger Upton (Radcliffe-on-Trent) said that in the eight months he had been in the chamber he had been "disappointed and surprised on the quality of audio and visuals".

He said: "With the size of this council, where it sits in the UK and the size of its budget, surely it should have a modern 21st-century audio-visual in this chamber. If not for us but for the public out there. We don't have the right tools to do the job."

A recorded vote was taken with six votes in favour of going ahead with the new technology, two against and three abstentions.

To read all the biggest and best stories first sign up to read our newsletters here.