Phone And Tablet Games For Grown-Ups

From Mark Harris, Next Avenue Contributor

You are not the mighty

on a mission to free the land of Xeron from its evil king. Nor are you are a space marine with only a plasma rifle to protect you from a horde of invading aliens. But chances are you like solving puzzles, playing cards with friends or being creatively challenged.

PlayStation and Xbox are the domain (largely) of teenage boys who enjoy few things more than spending an entire weekend blowing up planets in high-definition. But there’s a reason

40 percent of people over 50 play videogames

. They’re fun, engaging and, research shows, they’re a great way to keep your brain fit. And given all the mobile devices now on the market, it's never been easier to have a little fun during waiting times.

Jumping on the Gaming Bandwagon

The market for grown-up games is exploding, and today there are hundreds of different ways to become engaged, from games that look almost identical to their real-word counterparts to visually stunning invented worlds. There are puzzles that you can solve by yourself in a few minutes, social games that welcome groups of players (either people you already know or “virtual” online acquaintances) and cinematic digital adventures to explore.

Games are usually cheap (99 cents to download one) or even free, and most guide you very gently into playing, with helpful on-screen tips and intuitive touchscreen controls. Older gamers appreciate the sense of accomplishment they get from completing puzzles and levels, the contact they have with other, usually friendly players (most of whom are very friendly) as well as the ability to indulge at times that are convenient for

— say, when everyone else is asleep.

out of the University of North Carolina demonstrated real health benefits connected with gaming. Of 140 seniors living independently, researchers found that the regular and occasional gamers scored significantly higher than nonplayers in terms of well-being, positive affect, social functioning and even (self-reported) health. Furthermore, they scored lower for negative affect and depression.

A majority of the most popular grown-up games are created to be played on Apple platforms (iPhone, iPads and iPod), but many are also available for

-based platforms and a growing number for

is a real country and how to spell

? Almost every board game ever made is now available as a downloadable app (yes, including

But on a smartphone or tablet, the play can be even better because of the social-networking aspects. In Scrabble, you can challenge friends via Facebook, select random opponents online, play against a tough computer foe — and have up to 50 games going at once. In Risk, games that used to take hours of dice-rolling can be squeezed into minutes. Heck, good players can conquer the world multiple times on their lunch hour.

choices abound, as do card games ranging from

, where a few or many people compete to rack up high scores.

There are also some subtle (and not so subtle) improvements on classic games that have taken smartphones and tablets by storm. You might guess what inspired

Fantastic Four in a Row

(Boggle), yet all are fresh digital twists on old favorites. 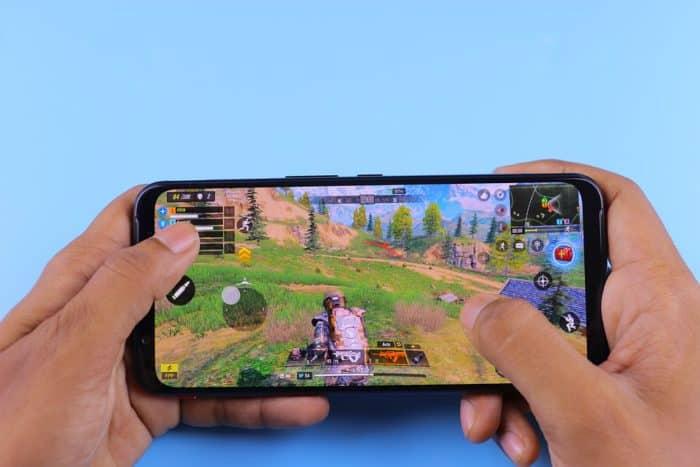 Can Video Games Save the World?

Games to Make You Smarter

Got a few minutes (or hours or days) to kill? Why not use the time to give your brain a workout while having fun? If you always turn straight to the puzzle page of the newspaper, you’ll be in gaming heaven with a smartphone. Personally, I like the

with the Times of London’s fien

There are also specific “brain trainer” apps that aim to put your gray cells to work on a series of IQ tests and quizzes.

is a good place to start, although its endless tests may make some people feel like they’re back in school.

has a charming robotic professor to guide you through the levels.

Beyond traditional word and number puzzles, there are some wonderful graphical puzzles. In the popular

, the goal is to match different colored gemstones on the screen. Sounds easy — and at first it is — but you’ll quickly discover how far ahead you have to think to advance to the next level.

is a somewhat similar, and highly addictive game, in which you match colored blocks in tense timed competitions (with friends online if you want).

Train Your Brain With Video Games

Of course, there are plenty of games that don’t have a real-life equivalent. Less a game than a cultural phenomenon,

has an admittedly ridiculous premise — your team of ferocious feathered friends have had their eggs stolen by naughty pigs — but the gameplay of knocking down increasingly precarious towers by flicking avians at them is splendidly satisfying.

offers another simple idea (slicing a rope holding a cute frog-like creature so it can eat snacks), with lovely graphics and puzzles that are just hard enough to be gratifying when you solve them.

is just what it sounds like: a maze through which you have to guide eerily realistic metal balls. Naturally there are all kinds of tricks and traps to hinder you, and you can even design your own levels to frustrate your friends.

If you’ve always wanted to travel the globe, now you can, at least virtually, with

. You control the human characters who undertake amusing tasks in glamorous tourist hotspots, including learning about local customs and cultures. Or tackle the planet’s most “extreme” (i.e., fictional) golf courses with just one finger in

is a great, and creative, way to chill out: Players pluck musical notes from the air and create some real downbeat tunes.

Some cutting-edge “games” don’t even look like games at all, offering multimedia experiences that incorporate many of the most alluring aspects of books, movies and fine art.

reimagines evolution as a beautiful battle between ghostly spheres that could be tiny organisms or massive galaxies. To grow and survive, you have to absorb smaller creatures — or you could just treat this as an interactive artwork that looks and sounds superb.

is as artful as a museum and as challenging as a sculpture class. To a soothing soundtrack, you wrap rope carefully around wooden sculptures by tilting your phone and rotating the screen with your fingers. This is the closest you may ever get to digital meditation.

The most mysterious game around right now is the aptly titled

, a collaborative game in which you join tens of thousands of fellow players to gradually chip away at a gigantic cube floating in midair. You can just join in whenever you have a few minutes and listen to bits of the cube tinkling as they disappear (this is surprisingly relaxing). For many, the real appeal is the “life-changing secret” that’s said to be buried at its core and will be revealed only to the player who chips away the last piece of the cube.

And for those grownups who fancy playing a game with jetpacks set on an alien planet, there’s

. But it’s not a “shooter” game; in this educational endeavor, you actually learn about the aliens, mastering their diets and habits of a dying ecosystem to revitalize it. The pace is leisurely, the graphics lush and the soundtrack atmospheric.

Mark E. Harris is an award-winning science, technology and lifestyle journalist based in Seattle. He also writes for

The Economist, The Sunday Times

Addicted to Apps: Sorry, Scrabble, I'm on the Wagon