With help from Sam Sabin and Derek Robertson

The markets aren't the only thing turning sour on crypto right now.

New York lawmakers are getting more and more worried about crypto mining. The energy-intensive industry has been building its huge computer-processing arrays in the upstate countryside, at least two of which have cranked old power plants back into action to provide electricity.

This horrifies environmentalists, who have pushed a new law through the state Assembly preventing miners from re-starting old fossil-fuel plants. The state Senate has until June 2 to vote on the moratorium before the legislative session ends.

I traveled to upstate New York (Dresden to be specific) for an in-depth report on just what that industry looks like, and what kind of enemies it's making — notably winemakers, worried about pollution in their bucolic landscapes. Some excerpts from the story:

Behind chain-link fencing topped by barbed wire, excavators are parked beside the shells of two green buildings that are under construction. Three smokestacks tower overhead serve as a reminder of when the Greenidge power plant burned 740,000 tons of coal annually here in New York’s Finger Lakes, delivering enough electricity for more than 200,000 homes.

Today, the facility uses much of the power it generates, now through natural gas, to operate a cryptocurrency mining operation on the site. Greenidge plans to move many of its mining machines, which are now scattered, to the new buildings.

There are 17,000 individual “miners,” which are installed at the plant in 16 different “environments,” including an old brick storehouse on the grounds.

The coal plant-turned-gas plant-turned crypto mine has become emblematic of a battle over the future of digital currencies, particularly Bitcoin, in New York.

Supporters of the industry say the plants help rebuild the struggling upstate New York economy. But as more cryptocurrency mining operations pop up in the state, taking advantage of old industrial space and cheap energy access, environmentalists and some state government officials have grown concerned about the impact. They worry about their aggressive goals for reducing carbon emissions — the state wants to reach net-zero by 2050 — and the quality of life effects in some communities.

The New York miners have an interesting enemy: Winemakers, another industry trying to revive upstate economy.

The Greenidge plant sits perched on the shores of Seneca Lake, visible from vineyards on the opposite side, where the three chimneys evoke visceral reactions of disgust and antipathy from winemakers fearing an existential threat to the bucolic image that draws hundreds of thousands of tourists to the pristine Finger Lakes every summer.

“I get their shit in the air, and I don’t want it,” said Phil Davis, a sixth generation farmer who co-founded Damiani Wine Cellars on the shores of Seneca Lake.

Perched on a ladder, he slaps the large wine barrel next to him for emphasis. “These are real things. They were purchased up the street and made by real people… We’re building a real economy that benefits many many people versus, frankly, a make-believe economy.” 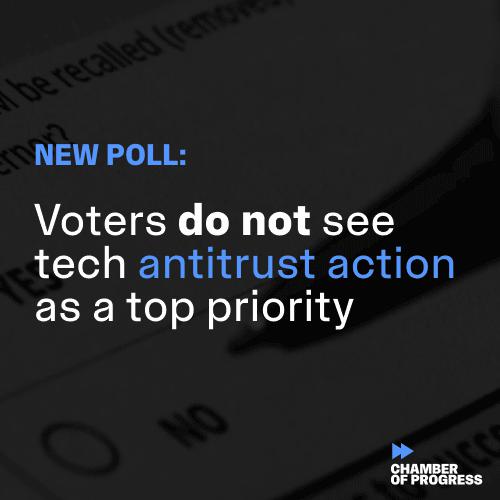 How many jobs does crypto create?

Inside the plant, the company has revived an operation that was once overseen by more than three dozen men when it burned coal and then, after layoffs, just two men to monitor the dormant operation. That was before the new gas turbine was installed.

Dale Irwin, president of Greenidge Generation Holdings, was one of those two men. He now oversees the operations at the plant, which now employs about 50 workers to operate the gas turbine, maintain the mining machines and support that operation.The jobs at the plant are high paying — an average of $80,000 annually — and focused on technical skills that aren’t always in demand in the region.

What the legislature is poised to do:

Industry representatives have been pushing back on New York’s proposed two-year moratorium on permits for cryptocurrency mining operations at fossil fuel plants. The bill, which has passed the Assembly and needs approval in the state Senate, where a broader prohibition passed last year, will not affect the Greenidge facility.

While cryptocurrency is finding its way into retirement funds as it strives for mainstream acceptance, its darker side is also growing. Hackers who unleash ransomware on computer networks — often making demands on crypto — are making more than nearly anybody realized.

“We are facing a technology pandemic on the brink,” according to a new report from blockchain analytics firm Elementus, which relates that ransomware gangs made over $1 billion in 2021, far higher than earlier estimates.

Ransomware — hacking attacks which freeze computer systems until payments are made, usually in bitcoin or other cryptocurrency — is growing rapidly. In 2019, companies made 35 payments of over one million dollars each to ransomware gangs. In 2021, that number had grown to 183.

These numbers are much higher than have been previously reported. Galka said that the new tally is the first “proper bottom-up accounting of actually adding up all of the payments that were sent through ransomware.”

An Elementus spokesperson said that the company shared its preliminary findings for this report with the National Security Council during a meeting on Nov. 16. The federal government has also struggled to measure the scope of the ransomware problem, since victims often fail to report paying ransoms. (A new law that requires companies to report ransom payments may change this.)

Elementus, which markets itself as “the first universal blockchain search engine,” arrived at its sums by tracing bitcoin payments on the blockchain, which are not, in the end, actually anonymous. The firm combed through underground hacking forums and worked with clients to identify crypto wallet addresses linked to ransomware gangs and follow the digital breadcrumbs, so to speak. Since ransomware hackers heavily rely on crypto to collect ransoms, getting one address is pretty much all it can take for Elementus (and other firms doing similar blockchain forensics) to track down other transactions made to and from various wallet addresses linked to a particular ransomware gang.

Almost half of the bitcoin proceeds from ransomware was cashed-out into conventional currencies on commercial exchanges like Binance, FTX, or Coinbase, according to Elementus.

The good news, according to the firm, is that since a small number of individuals appear to be behind the bulk of ransomware attacks, using crypto forensics tools (like the ones they sell) may make it possible to stem ransomware’s precipitous rise. — Sam Sabin

Because the technology is still so speculative, when people talk about the metaverse they frequently end up discussing the various canonical sci-fi novels about it — “Snow Crash,” “Ready Player One,” “Neuromancer.”

But what about the books that will actually be in the metaverse?

Book website Bookglow posed that question in a recent blog post, tracing the history of virtual libraries from the first Kindle to today’s popular “bookstagrams.” Theoretically, one could curate their dream library in the metaverse — whether it’s a cozy, color-coded Ikea-style showroom or an ersatz Library of Alexandria filled with old Tintin and Carl Barks comics. (Not that I’ve given a great deal of consideration to this.)

Bringing that digital library into the metaverse is appealing in theory, but runs up against another serious problem. Just like — admit it — many of our IRL home libraries, these virtual ones might end up being mostly for show. That’s because headaches andmotion sickness are still serious problems in VR. The prospect of using a headset for more than roughly an hour is still pretty far-fetched, making deep reading unlikely at best.

So don’t exchange your Kindle for an Oculus headset just yet. And if you still need your metaverse fix, it’s not exactly difficult to kick your imagination into gear and get your hands on any of the above novels — or, I would personally recommend, Gibson’s more recent “The Peripheral,” which is highly underrated as a potential-future tale, albeit an extremely bleak one. — Derek Robertson

The Future In 5 Links

If you’ve had this newsletter forwarded to you, you can sign up here. And read our mission statement here.