Social media site Reddit revealed on Dec. 15, 2021 that it has made a confidential filing with the U.S. Securities and Exchange Commission (SEC) in preparation for an initial public offering (IPO). Reddit reportedly is aiming for a valuation of $15 billion when its IPO comes to market.

When stock trading controversies peaked in February 2021, Reddit's valuation reportedly jumped to about $6 billion, double what it was a year earlier. As of August 2021, its valuation rose yet again to $10 billion.

Reddit has raised a total of $1.3 billion in eight fundraising rounds. The seed round closed on June 1, 2005. The latest round, the Series F round, closed on Aug. 12, 2021, and brought in $410 million. Reddit has 28 investors, the most recent being Fidelity Management and Research Company and Sequoia Capital. Other notable investors are Andreessen Horowitz and Chinese technology conglomerate Tencent Holdings Limited (TCEHY).

Reddit states that, in its draft registration statement filed on SEC Form S-1, it has indicated neither the number of shares to be offered nor the offering price. The offering will take place sometime after the SEC has completed its review, subject to market and other conditions. 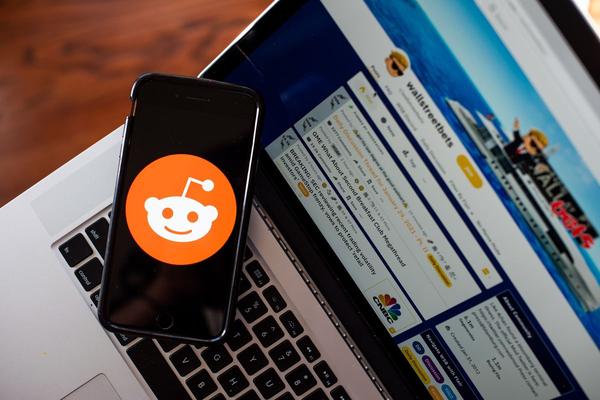 By filing its draft registration statement confidentially, Reddit can work with the SEC privately to make sure that the first document seen by investing public is much cleaner. Additionally, until that time comes, Reddit can keep sensitive company information private, such as data about its customers, revenue, and users.

Reddit, based in San Francisco, was founded in 2005 by Steve Huffman, Alexis Ohanian, and the late Aaron Swartz. While Reddit has attracted millions of experts and enthusiasts participating in its niche discussion groups, its development as a major profit-making business has trailed other major social media sites.

The short squeeze on GameStop and the role of Reddit, particularly WallStreetBets, were prime subjects of a Congressional hearing in February 2021 . During that hearing, Representative David Scott, D-Georgia, opined that it would be a "serious threat to the financial system if tweets and posts do more to move stocks than material information."

In a similar vein, Representative French Hill, R-Ariz., raised concerns that WallStreetBets is regularly used to disseminate deceptive or manipulative information. He indicated that it may be appropriate for the SEC to investigate this possibility.

For years since its founding in 2005, Reddit built a reputation as a free-wheeling, nearly anything-goes collection of internet forums in which users can discuss virtually any topic imaginable. A downside was that, while Reddit billed itself as "the front page of the internet," it also has had problems with bad behavior among some users. In response, Reddit has implemented policies in recent years designed to limit its use by hate groups and promoters of prostitution and other illegal activity.