< Revenge of the venture capitalists

(SOUNDBITE OF DROP ELECTRIC SONG, "WAKING UP TO THE FIRE")

Bill Gurley was the Michael Jordan of venture capitalists and not just because he was 6 feet and 9 inches tall. Bill belonged to a venture capital firm that considered themselves the Chicago Bulls of investing.

WOODS: That's right, Adrian. Yeah, I'm meaning the 1990s Michael Jordan-era Chicago Bulls. And Bill Gurley was an intellectual who loved thinking about the economic potential of networks, specifically these tech platforms that are more and more useful the more users they have, things like Facebook and Yelp and that kind of thing. And that insight helped him and his venture capital firm make a lot of money investing in tech platforms like OpenTable and Glassdoor.

MA: And Bill was an early investor in Uber. By 2017, his initial investment had just multiplied in value. The company was worth billions, but Bill had one problem - Uber's CEO, Travis Kalanick. This is THE INDICATOR FROM PLANET MONEY. I'm Adrian Ma.

WOODS: And I'm Darren Woods. Silicon Valley success has a key ingredient - venture capital, these investors who are willing to risk a lot of money for a potential huge profit. But over the last few decades, venture capitalists have had to invest more and more money for less and less control. Bill Gurley was watching Uber spiral out under its CEO, and there was almost nothing he could do about it.

MA: So today on the show, the struggle for power inside Uber. This story sheds light on the epic tug of war that happens inside a lot of the world's biggest tech companies between two of the most powerful forces in business today - founders and venture capitalists.

WOODS: When Bill Gurley first invested in a new startup called Uber, he thought he had found a great CEO. Travis Kalanick was the kind of super ambitious tech leader that you needed to cut through municipal taxi regulations and grow the company exponentially.

SEBASTIAN MALLABY: Somebody who was tough and determined and energetic and could kind of push through obstacles.

MA: This is Sebastian Mallaby, author of a new book, "The Power Law: Venture Capital And The Making Of The New Future." And he's interviewed Bill Gurley a number of times about the wild ride that he's been on with Uber.

WOODS: Bill Gurley is a venture capitalist, so that means money. His company first pumped $12 million to a young Uber, but it also means advice and control. Bill had his own swipe key to the Uber headquarters where he'd counsel Travis.

MA: But as the 2010s rolled on, Travis realized that, you know, as CEO, he didn't really need Bill's venture capital money. There was a lot of money out there, like hundreds of millions, you know, even billions of dollars from investors who didn't want to get involved in overseeing the business, like Shervin Pishevar, who was a very different sort of investor. 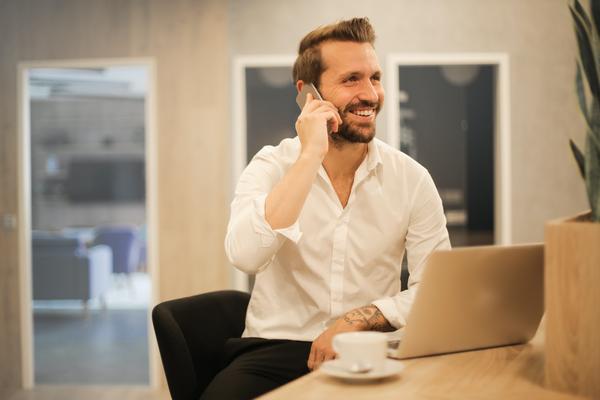 MALLABY: Rather a sort of cheerleader who did stuff like shave the Uber logo into his hair and organize parties, you know, at which Travis Kalanick would meet his next girlfriend.

WOODS: He was the hype man of all hype man.

MALLABY: And he was not somebody who was ever going to say to Travis Kalanick, you're doing something wrong, you're screwing up.

MALLABY: So that oversight part of venture investing started to be lost.

WOODS: Venture capital had built Silicon Valley, but over the decades, outside money had come pouring in. Traditional Wall Street firms like Goldman Sachs and JP Morgan would come knocking with huge buckets of cash. Also pension funds and Saudi Arabian oil money, they all sniffed out that there was profits to be made in Northern California.

I mean, what does that do psychologically to somebody like Travis Kalanick, do you think?

MALLABY: It doesn't do good things. I mean, you have investors who are willing to write these checks of more than a billion dollars and demand no oversight. At this point, you know, you're just the emperor. And there are no checks and no balances, no governance, nothing.

MA: Without the counterbalancing governance of venture capitalists like Bill Gurley, you might end up with a disaster, right? Like, just think about WeWork. WeWork had to cancel its stock market launch because the accounts and the company culture were kind of a mess. And that Silicon Valley tendency of worshipping founders could even lead to fraud. Like in the case of Theranos, that company didn't even have the blood testing technology that it claimed it had.

WOODS: As a levelheaded investor, Bill had a lot of worries. Like, Travis wanted to expand into China, and Bill thought that that was a terrible idea for Uber. Bill was worried about the need for a better legal team, a better HR team, a better finance team. Travis called Bill Chicken Little.

MALLABY: Travis Kalanick is no longer listening to him. You know, at the beginning, Bill Gurley had an electronic key. All of a sudden, that electronic key ceases to work because he's no longer welcome.

MA: But then in 2017, the sky really did start to fall for Uber. So first, a former Uber employee reveals being subjected to multiple instances of sexual harassment in the company, and her complaints go viral. Uber brings in outside law firms to write a report on whether Uber's culture tolerated this or even fueled this sexual harassment.

WOODS: A few weeks later, Google files a lawsuit claiming that Uber is stealing its driverless car technology, and then a video of Travis Kalanick appears.

TRAVIS KALANICK: Pull off to the side right here.

WOODS: Travis is in an Uber one night, and his driver starts to tell Travis about the financial problems that he's had with changes to Uber's policies towards drivers.

MALLABY: Travis Kalanick responds by yelling at the driver and behaving like a brat.

KALANICK: You know what?

KALANICK: Some people don't like to take responsibility for their own s***. They blame everything in their life on somebody else.

UNIDENTIFIED UBER DRIVER: But why you send an email for town car?

UNIDENTIFIED UBER DRIVER: Good luck to you, too, but I know you don't going to go far.

MA: I am starting to remember why Travis Kalanick didn't have the best reputation at the time.

WOODS: That is the definition of bad PR, that video.

MA: That was a thing. And to top it all off, The New York Times finds out that Uber has this secret program called Greyball. And basically what that was was in cities where Uber wasn't allowed to operate - you know, the cops were on the lookout for illegal Ubers. And so what Uber did in response was they came up with essentially a decoy app that they gave just to the cops. And so when cops would use this app to call up a car, they would just end up waiting around and waiting and waiting and waiting.

MALLABY: They've been routed to a sort of fake server that never actually delivers the driver.

WOODS: And what do you think Bill Gurley is thinking at this point, the investor?

WOODS: Bill is watching his millions of dollars in investment threatening to vanish. He can't sleep. He's putting on weight. Bill thinks that Uber's ethical reputation is just going to continue to careen out of control with Travis at the helm. So he decides to act. He wants to remove Travis from his position as CEO. But Bill can't do this alone. He doesn't have enough voting rights. So he uses what little leverage he has, which is the damning report that details Uber's culture that led to the sexual harassment of its employees.

MA: And then Bill and an ally on Uber's board, they take these findings and, you know, strongly encourage Travis Kalanick to take a temporary leave of absence, which Travis agrees to, but he presents it as his own choice to grieve after a family tragedy that happened at the same time.

MALLABY: So he puts out a statement saying, I'm taking this break, but I'll see you soon. He was signaling that he would be coming back and he would fight any attempt to prevent him from doing so.

WOODS: While Travis is away, Bill assembles a coalition of other investors who want Travis out, and they threaten that if Travis doesn't resign, they will make it public that they want him to go.

MA: And for good measure, Bill brings in a huge new investor to be a kind of counterweight to Travis and also gets his venture capital firm to sue Travis for allegedly stealing Google's driverless technology. Under fire from all directions, Travis holes himself up in a hotel in Chicago.

WOODS: Afterwards, there are fewer scandals at Uber, and the company goes public. Bill Gurley makes a massive profit, in part because he took on one of the biggest mythologies in Silicon Valley - the cult of the founder.

MA: Today's show was produced by Jamila Huxtable with help from Isaac Rodrigues. It was fact-checked by Corey Bridges. Viet Le is our senior producer. And Kate Concannon edits the show. THE INDICATOR is a production of NPR.

Copyright © 2022 NPR.All rights reserved.Visit our website terms of use and permissions pages at www.npr.org for further information.

NPR transcripts are created on a rush deadline by Verb8tm, Inc., an NPR contractor, and produced using a proprietary transcription process developed with NPR. This text may not be in its final form and may be updated or revised in the future. Accuracy and availability may vary. The authoritative record of NPR’s programming is the audio record.