serv | 17/07/2022
91
Kuala Lumpur: The rise in global coal prices is expected to affect the new electricity rates for the next three years, which will be announced by the government soon, says analysts.In fact, Assoc Prof TS Dr Anuar Shah Bali Mahomed, who is a lecturer at Universiti Putra Malaysia’s School of Business and Economics, did not rule out the possibility of an increase in the electricity tariff rates for industries that had previously made extraordinary profits due to higher demands for the fossil fuel.“This is also due to our country’s dependence on coal imports,” he told Bernama recently.
ADVERTISEMENT
On Jan 9, Energy and Natural Resources Minister Datuk Seri Takiyuddin Hassan announced that new electricity tariffs for this year until 2024 will not burden the people, but the announcement received mixed reactions from the public, nonetheless.The minister said the new tariff would benefit nearly 85 per cent out of eight million domestic account holders nationwide.On Thursday, Takiyuddin also said he had brought up the issue for discussion six times in a row in Cabinet before the rates were finalised for implementation beginning Feb 1.Anuar Shah said the current fuel price crisis was due to excess demand, especially after Indonesia, the world’s biggest coal exporter, suspended coal exports from Jan 1 this year, which came as a shock not only to Malaysia but globally.According to reports, world coal prices had jumped to a record high of US$270 (US$1=RM4.19) per tonne last October and stood at US$227.60 per tonne as of Jan 27.Coal and natural gas are used to generate nearly 93 per cent of Peninsular Malaysia’s electricity, the cost of which makes up nearly 36 per cent of the base electricity tariff presently.At present, Malaysia is still heavily dependent on coal power generation and buys most of its requirements from Indonesia (63 per cent), Australia (24 per cent), Russia (11 per cent), and South Africa (two per cent).
ADVERTISEMENT
Malaysia also uses a power generation mix, namely coal (47 per cent), natural gas (41 per cent) and hydro, and renewable energy (12 per cent) However, Anuar Shah said the government could reduce or at least maintain electricity tariff rates for the lower-income and middle-income groups (B40 and M40) by targeting an increase in the extraordinary profit-making business during the COVID-19 pandemic.Meanwhile, lecturer in School of Electrical Engineering, Faculty of Engineering, Universiti Teknologi Malaysia Prof Ir Dr Mohammad Yusri Hassan said Malaysia’s electricity tariff rates were last revised on Jan 1, 2014, in line with the government’s aspiration toward gradually phasing out energy subsidies through the Subsidy Rationalisation Programme.He said 70.7 per cent or 4.6 million of domestic customers were not affected as there was no tariff increase for the first 200 per kilowatt-hour (kWh) of monthly consumption since 1997, and no tariff increase for those who consume between 201kWh and 300kWh electricity per month since 2009.“Apart from that, a rebate from the government for customers with a monthly bill of RM20 or below is still maintained and domestic tariff band is reduced to five bands from nine bands for better understanding of the bill,” he said.Mohammad Yusri explained that the electricity tariff setting methodology was based on the Incentive-Based Regulation (IBR) framework, introduced by the Energy Commission, to enhance the operational efficiency and transparency towards maintaining a reliable and sustainable electricity supply.“The other methodology was Imbalance Cost Pass-Through (ICPT), a mechanism under the IBR framework which allows Tenaga Nasional Berhad as the utility to reflect changes (either increase or reduction) in fuel and other generation-related costs in the electricity tariff every six months,” he said.He said that the existing tariff was for domestic, commercial and industrial customers, as well as several criteria that affected the tariff, among them, the government policies related to energy, gas fuel and coal prices; power purchase costs from independent generators and impact on the socioeconomic for consumers.Mohammad Yusri, however, said the new tariff rates to be announced will not burden domestic consumers as it will involve modifications in tariffs for industrial and commercial users.For the record, in 2017, Energy, Green Technology and Water Ministry Secretary-General Datuk Seri Ir Dr Zaini Ujang said that the next electricity tariff revision for Peninsular Malaysia would be in January 2018, but it had not materialised due to certain reasons.* Follow us on Instagram and join our Telegram and/or WhatsApp channel(s) for the latest news you don't want to miss.* Do you have access to the Daily Express e-paper and online exclusive news? Check out subscription plans available. 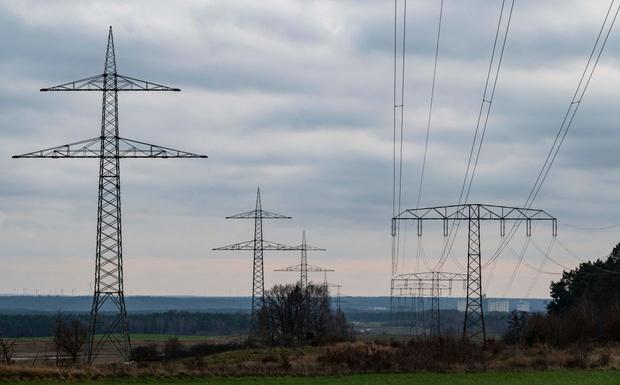