The Playstation 5 is hard to find to this day, even though it has been out since November of 2020. It's a well-oiled machine that's received compliments from critics and fans alike, provided the gamers could get a hold of it.

RELATED: 10 Best Playstation 5 Games Like The Legend Of Zelda

It doesn't look like the availability issue will disappear anytime soon, as Sony has a lot lined up for its 2022 console year. Newer VR tech is on the horizon as are major titles based on billion-dollar properties. However, some Redditors expect more while others don't even expect what's been promised.

Either Hogwarts Legacy, Suicide Squad Kill The Justice League, Or Gotham Knights Will Get Delayed

Warner Brothers has three major games scheduled for release on current-gen consoles throughout 2022. Hogwarts Legacy is based on Harry Potter IP while Suicide Squad Kills the Justice League and Gotham Knights are based on DC Comics IP.

User W0lf87 thinks something's gotta give, and one of these three titles will fall off the calendar. In their words: "Just can't see WB release those 3 games on one calendar year, one will likely get delayed. Hope it's not Suicide Squad."

Next Gen VR Will Be The Best

Virtual Reality is all the rage, and Sony has done fairly well with their VR setup for the PS4. With the Playstation 5's VR set for a preliminary 2022 release date, Redditors have a lot to say about the tech.

Redditor Sandefurd showed outright excitement, saying "...I was very impressed by the current VR. I truly believe this next gen VR will be the best on the market for years because Sony typically makes quality electronics not to mention the games that will be available." It's true, with further advancements in technology and gameplay fluidity, VR is just getting started.

Big Things In Store For The Last Of Us

Numerous Redditors make the point about how The Last of Us is a series with major potential. BradicalCenter said "Sony definitely wants big things for the series." They then list out several projects they expect in either 2022 or 2023. 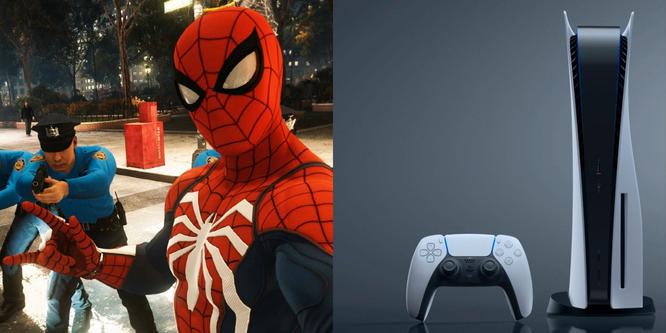 "Last of Us 2 PS5 upgrade, Original Remake, Factions 2, HBO Show." The Last of Us is scheduled to hit HBO in 2022, so that's considered a lock. It also features a terrific cast including Pedro Pascal, Bella Ramsey, Anna Torv, and Nick Offerman. The PS5 upgrade for The Last of Us Part II seems fairly likely, as does Factions 2. A remake of the original, however, seems like a stretch even if it is a visually stunning PS4 game with a glowing reputation. It was already remastered once so the point of that would be a little lacking. But stranger things have happened, and it could prove lucrative for Naughty Dog.

Another Arkham Game Is En Route

Some Redditors made points about how great the Batman Arkham series of games were. The_Homie_J then says "...the gap between Arkham City and Arkham Knight was 4 years. It's been 6 years since Arkham Knight came out...that amount of time means they must have something special built up about now."

User Fout99 replied with "Definitely something big is coming. Arkham Knight has to date some of the absolute best rain simulation I've seen...You can literally see each single drop of rain sliding down the cape and Batsuit with incredible detail...." The Redditor then went on to shower developer Rocksteady with praise. It certainly seems like there's interest out there in playing another dark Arkham adventure.

Spider-Man 2 Is Swinging Onto Consoles In 2022

A big debate rages on Reddit whether Marvel's Spider-Man: Miles Morales is enough game to count as a sequel. This is applicable when gauging the release date of Spider-Man 2.

Redditor Furyann was on the plus side, saying "Original Spider-Man was 2018. Miles was like a heavy DLC so didn't count plus diff team. Holiday 2022 sounds right with Insomniac's track record." NfinityBL thinks Miles Morales was just about a Spider-Man 2 in and of itself. As they said, "Didn't count what? I agree that it's effectively just a large DLC, but that still takes development time. They've just started motion capture on Spider-Man 2. If it's as big as the first one, it will be 2023." Now that No Way Home is out, perhaps there could be even further cross-promotion by bringing Willem Dafoe back on for his villainous role.

It's Going To Be A Packed Schedule (With Potential Delays)

Plenty of Redditors are speculating as to just how tightly packed the PlayStation schedule is going to be. There are many anticipated PS5 games set for release in 2022, but this is mostly due to delays throughout 2020 and 2021.

User Bazorg said "hopefully they'll stop delaying games in 2022...but who am I kidding they're gonna keep doing it." This Redditor's complaint is flimsy as most release date delays are in the rear-view mirror after the release of Spider-Man: No Way Home. Spriggs89 says something similar: "Well every game that was planned for 2020 and 2021 was delayed so it's going to be three years of releases in one."

2022 Will Mostly Be Crossgen Games

A deleted user stated what is pretty much at this point an outright fact, but it wasn't popular. "2022 will still mostly be cross-gen games. It will be a second 2018 for the PS4." The issue with the second part of that comment is that 2018 wasn't exactly a bad year for PS4 exclusives. It was a year off from the scary PS4 exclusive Days Gone but that's about it.

Chrono Cross was a 1999 RPG released for the Playstation 1. In time, both Chrono Trigger and Chrono Cross have gone on to be seen as both cult classics and early examples of effective Role-Playing Games.

User Dkepp87 brings up a hopeful rumor about the topic: "This might be niche as hell, but there's a rumor circulating of a Chrono Cross remaster which, even if it's nothing more than a visual upgrade, I could not be more excited for. It's a gorgeous game that I wish more people gave a chance." Time will tell, but it all depends on whether there are more individuals like this Redditor out there.

NEXT: 8 Games Where The Handheld Version Was Better Than The Console One

Ben Hathaway is a Senior Writer (Lists) for Screen Rant. A former Therapeutic Day Treatment counselor, Ben is now a career writer. When not working, he is writing and self-publishing (on Amazon) novels under the name Scott Gray.In his spare time, he's reading on the porch or watching every film under the sun.Ben can be contacted at scottgraywrk@gmail.com.