If Ohio State can’t do it, the thinking goes, then perhaps no large tier-one research institution can.

University leaders want to offer Amazon-level cloud-based personalization to every student, explaining courses they should consider based on what they’ve previously taken, for example, or managing dozens of iterations of class registration preferences based on prerequisites and graduation year. But the road to erecting such a personalized system is long—and marked by expensive potholes.

“When you implement a student system … it’s like getting open-heart surgery and a brain transplant and a liver transplant, all at the same time,” said Nicole Engelbert, vice president of higher education development at Oracle, Workday’s main competitor. “The scale is daunting, even in the best of times.”

Tracy Schroeder, vice president of information services and technology at Boston University, said BU badly needs next-generation SIS capabilities but can’t find what it’s looking for in the market. She said the SIS is vital because it is the platform that touches everything students do and defines their experience in many dimensions.

“We are in the business of serving students. This platform is the most important platform, the most strategic platform [and] … it’s the platform with which students interact the most,” Schroeder said. She added that the SIS can “shape a student’s impression of the campus and make things frictionless, easy, friendly.” 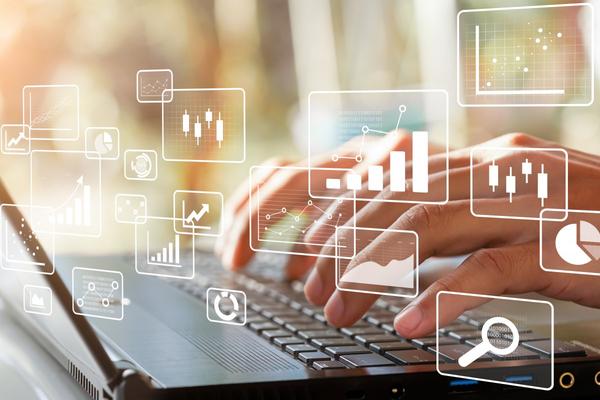 But the next generation of SIS promises to do something even more ambitious and needed, she said. It will mine data and leverage it to customize recommendations, services and supports student by student.

Schroeder said she hopes Workday keeps pushing ahead despite its recent travails at Ohio State. She worries that because the pool of large research institutions is not that big, companies could decide not to forge ahead investing in the technology.

Workday isn’t alone in facing challenges. Oracle and Thesis (a stand-alone company spun off from Unit 4) also have experienced significant delays in bringing their new SIS to market. The existing perception of the difficulty involved in creating these next-generation SIS made the Ohio State and Workday stoppage particularly attention grabbing for higher ed tech leaders, CIOs and outside experts said.

[Dating tips] How to Date Your Ex Again: Rekindle the Fire and Avoid Heartbreak Dating your ex again can be a risk.… https://t.co/EV5razgHR2

While Sion Rogers, a Workday spokesperson, declined to comment on the costs Ohio State incurred or the specifics of the delays, he did say in a statement that the higher education sector is unique compared to other markets Workday serves.

“The vast breadth of the Workday Student product—compounded with the fact that all institutions go live at the same time of year—results in a unique situation that includes different pressures on product and deployment resources,” the statement said. “Our customer community continues to grow with 18 customers going live in the past year alone … As we get more customers into production, we expect to see a simultaneous increase in deployment efficiency, as we’ve seen with all other Workday products.”

Michael Berman, CIO of the California State University system, the country’s largest, said his system enrolls about half a million students annually and keeps track of about six million student records at any given time.

He said students today expect a high degree of online service, which is often difficult to meet since the legacy SIS products in use at most colleges and universities were designed in the 1990s.

“It was an IBM PC world in 1998, when we started implementing systems like this, and of course, now we’re in a mobile phone world, and a smart AI [world],” Berman said. “When they go to university, [students] expect to be able to get systems and services that look like what they’re used to using online from so many other providers. And we are challenged to reach that level of service—we often fall short of that.”

Berman said “very few” campuses have gotten to the level of sophistication with SIS products that students expect. He said the reality isn’t so much that the technology doesn’t exist, but rather that it doesn’t exist in a form where universities can afford to pay for it. He said costs can be staggering. In his professional opinion, if Cal State, as the largest four-year system in the country, were to replace its core SIS along with HR and finance, it would cost hundreds of millions and possibly more than a billion dollars.

Berman will instead watch where the next five to 10 years of work with early adopters goes and re-evaluate investing in a new SIS system once the market clarifies and costs go down. He is making his existing technology work by adding multiple smaller and more specialized systems.

Vicki Tambellini, CEO of the higher ed research and advisory firm the Tambellini Group, said that Workday, Oracle and Unit 4 (now Thesis) all announced they would develop their new SIS between 2013 and 2015, and all have encountered significant delays. (Asked about the delays, Engelbert, the Oracle executive, said the company is “incredibly conservative about when we bring a product fully to market.” A spokesman for Thesis acknowledged only that “portions” of its product have been delayed.)

Tambellini said the delays have been a pain point for university leaders.

“There are a lot of institutions that are running selected systems from more than 20 years ago, who are feeling the pain of those legacy environments, who are interested in replacing those old systems and who are very anxious to have something new and modern,” Tambellini said. “There’s been general frustration in the market that there aren’t a number of new competitive systems to evaluate.”

Tambellini estimates both Workday and Oracle have more than 100 developers working on their SIS products, which is emblematic of how difficult next-generation SIS are to build.

She said most higher ed institutions are still running student systems “on premise,” meaning every update has to be handled by the local IT team and the personalization most universities seek is harder to come by. She noted that higher ed lags behind other industries in technological change because planning, budgeting and funding decisions in higher ed tend to take longer. She said about $3 billion is spent annually on student systems and associated services globally.