Location： Home / Technology / Superbugs were already on the rise. The pandemic likely made things worse.

Superbugs were already on the rise. The pandemic likely made things worse.

Public health experts are concerned that misuse and overuse of antibiotics during the pandemic could exacerbate another ongoing crisis: antibiotic resistance, where pathogens like bacteria and fungi evolve to evade powerful drugs designed to destroy them.

More than 750,000 people die from antibiotic-resistant infections annually, and that number is expected to reach 10 million by 2050.

Now, overuse of antibiotics during the COVID-19 pandemic may be making the problem worse. In the early months of the pandemic, when COVID-19 patients showed up with coughing, fever, shortness of breath, and their chest X-rays revealed white spots—lung inflammation resembling bacterial pneumonia—many were prescribed antibiotics. In the U.S., the country hardest-hit by COVID-19 in terms of infections and deaths, more than half of the nearly 5,000 patients hospitalised between February and July 2020 were prescribed at least one antibiotic within the first 48 hours of admission.

“When you deal with uncertainty, you err on the side of the prescribing, which is not necessarily the right thing to do,” says University of Maryland Medical Center infectious disease physician Jacqueline Bork.

Antibiotics only kill bacteria and not viruses like SARS-CoV-2, which causes COVID-19. But pneumonia can be caused by fungi, bacteria, or viruses, and figuring out which pathogen is responsible can take at least 48 hours, and sometimes include invasive procedures to confirm the cause of the infection. Sometimes the tests don’t identify the culprit. “Many of us were probably overprescribing a good amount of antibiotics. But without a firm understanding of what we were dealing with, we did the best we could at the time,” Bork says.

Some physicians also were concerned that a fungal or bacterial infection could occur during or after COVID-19, similar to what they’d seen in influenza and other viral diseases. “In the beginning, there were so many people that came in with pneumonia that we couldn’t even test for viral versus bacterial infection,” Bork says. 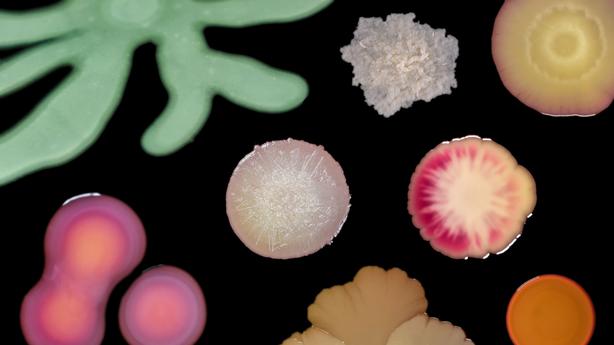 As she and other physicians around the world learned that fungal and bacterial co-infections occurred in less than 20 percent of COVID-19 patients, some cut down their antibiotic use. But for patients who were severely ill and stayed in hospitals longer—often with breathing tubes and catheters that can cause bacterial infections resulting in sepsis—antibiotics were necessary.

Still, in many parts of the world, physicians continued to prescribe antibiotics to COVID-19 patients who may not have needed them. When patients weren’t able to consult doctors, they’ve resorted to self-medicating with antibiotics, sometimes even as a preventive measure. The cost and lack of access to diagnostic tests that confirm bacterial infection and hence the need for antibiotics, a just-in-case-you-need-it attitude, and sometimes not being aware of the latest science may have led to the overuse and misuse of antibiotics over the course of the pandemic.

How does antimicrobial resistance develop?

In nature, soil-dwelling fungi and bacteria produce chemicals called antibiotics that kill or inhibit the growth of other bacteria battling for the same limited resources. Over time, the targets adapt by evolving resistance against such arsenal. They do this by producing proteins called enzymes that inactivate the antibiotic, drain the medicine from bacterial cells, restrict the antibiotic’s entry, or bypass its effects. Sometimes, other bacterial species that weren’t the antibiotics’ original target can also develop defences by acquiring relevant genes from surrounding resistant bacteria through a process called horizontal gene transfer.

Scientists have used natural antibiotics as a basis to develop commercial ones that fend off bacterial infections in humans and animals. But it’s likely that some of these infection-causing bacteria originating in water and soil have already acquired genes that confer resistance.

Initially, such resistant bacteria form a small proportion of the bacterial population in host bodies, but that changes with increased antibiotic usage. The drug destroys susceptible bacteria, thus eliminating competition and allowing the resistant microbes to rapidly reproduce and thrive. Also, administering incorrect antibiotic doses or using them inappropriately, say for a wrong disease, could destroy good bacteria in our bodies and encourage the establishment of so-called superbugs that are resistant to many antibiotics.

These drug-resistant bacteria can spread within hospitals, communities, livestock and poultry farms through sewage, contaminated water, surfaces, and food—or through direct contact. With more people harbouring superbugs and current antibiotics becoming increasingly ineffective, it could mean prolonged hospital stays, higher medical costs, and more deaths. That’s particularly concerning for low- and middle-income countries that are disproportionately impacted due to limited access to clean water and sanitation, quality healthcare, and over-the-counter access to generic antibiotics, which may encourage self-medication when consultation is costly.

In a global survey conducted by the World Health Organisation in late 2020, 35 of 56 countries reported an increase in antibiotic prescribing during the pandemic. In one country, physicians prescribed antibiotics in almost all COVID-19 cases and another country reported rampant self-medicating with these drugs.

Physicians have prescribed hospitalised COVID-19 patients antibiotics including azithromycin, doxycycline, fluoroquinolones, cephalosporins, and carbapenems. They’ve often used broad-spectrum antibiotics that destroy several types of bacteria, including beneficial ones, although several studies have suggested that bacterial or fungal co-infection or secondary infection rates are less than 20 percent among COVID-19 patients. Outpatients too, often with mild COVID-19 symptoms, have been preemptively prescribed antibiotics like azithromycin and doxycycline.