Location： Home / Technology / Tech Is Still Getting Crushed. Here Are 15 Stocks to Buy in a Changed World.

Tech Is Still Getting Crushed. Here Are 15 Stocks to Buy in a Changed World.

While stock prices are a lot lower, they are hardly de-risked. As the Federal Reserve made clear last week, rate increases are coming, likely by March. Higher rates are bad for the kind of high-multiple growth stocks that led the market over the past two years.

Consider it your mantra: Lower-priced stocks aren’t the same as cheap stocks. Zoom Video Communications(ticker: ZM) is down almost 70% from its 52-week high—but it still trades for 10 times expected sales for the current year and more than 30 times projected earnings. Cheaper, not cheap. Shopify(SHOP) shares have been cut in half, but still trade at more than 18 times current year sales, and 108 times earnings. Cheaper, but not remotely cheap. Etsy(ETSY), down 53% from its highs, trades for eight times sales and close to 50 times earnings. Cheaper, sure. Cheap? Still no.

A morning briefing on what you need to know in the day ahead, including exclusive commentary from Barron's and MarketWatch writers.

During the pandemic, companies like Zoom and DocuSign(DOCU) kept the economy on track. The Federal Reserve provided unprecedented stimulus, pushing rates down and creating a favorable environment for growth stocks. The venture-capital sector responded by cranking out a record number of initial public offerings and special-purpose acquisition companies.

But those days are over, says David Readerman, who runs Endurance Capital, a San Francisco–based tech hedge fund. Readerman says stock appreciation in 2022 will require earnings growth that exceeds multiple compression. Valuations, he says, “will come in hard.” He says we’ll know the bottom for valuations when private-equity tech acquisitions pick up. He isn’t seeing that yet. 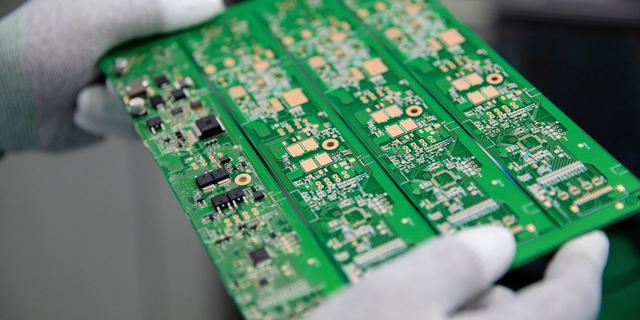 In the meantime, Readerman advises investors to look for companies returning capital to shareholders either through dividends, share buybacks, or M&A exits. Focusing on growth is problematic, he says, because “what the market will pay for growth is under serious review.”

Here are a few ways to play a new world for tech stocks:

Bet on the cloud: The best thing to happen to the cloud last week unfolded on the Microsoft(MSFT) earnings call. The stock initially sagged 5% on December-quarter numbers. The company’s cloud business met but didn’t exceed expectations, and 46% growth in Azure cloud revenue left some investors disappointed. But on the call, CFO Amy Hood said Azure’s growth will accelerate in the March quarter—and just like that, the stock reversed course.

Hood restored the market’s faith in the cloud. I’m not sure why there were any doubts. The digital-transformation trend, with businesses shifting operations to the cloud, continues apace—and it’s arguably just getting going. You could see hints of the same trends in results last week from cloud-software firm ServiceNow(NOW) and enterprise disk-drive maker Seagate(STX). We’ll get more cloud data points next week when Amazon.com(AMZN) and Alphabet(GOOGL) report results, but the pattern is clear.

Arista Networks(ANET) and Ciena(CIEN) are direct bets on capital spending in the cloud. But if you want to keep things simple, you can simply buy Microsoft, Amazon, and Alphabet, all discounted from recent highs.

Own chip stocks: The fact that chips are in short supply is hardly a secret, and manufacturers are rushing to build new capacity. Still, the projects will take years to pay off. On a “Barron’s Live” call last week, Paul Meeks, portfolio manager at Independent Solutions Wealth Management, told me he’s waiting for some of the dust to settle on interest rates, while preparing to jump on chip stocks. He likes Micron Technology(MU) and Qualcomm(QCOM), as well as chip-equipment providers like Applied Materials(AMAT), ASML(ASML), and Lam Research(LRCX). There’s also a strong long-term case for contract chip manufacturers, notably Taiwan Semiconductor(TSM) and GlobalFoundries(GF).

Go old school: As I outlined in a recent Barron’s cover story, IBM(IBM) is making progress on its turnaround plan. IBM’s recent earnings report was confirmation—revenue jumped 8.6%, the best result in a decade. The stock remains a bargain, trading for just over one times sales and 13 times this year’s estimated profits, while sporting a dividend yield of nearly 5%. Meanwhile, the two leading U.S. PC makers—HP Inc.(HPQ) and Dell Technologies(DELL)—saw soaring demand during the pandemic. Both are buying back stock, and their stocks still look cheap. PCs are one pandemic trend unlikely to reverse. Microsoft reported 25% revenue growth from Windows software it sold for new PCs in the latest quarter.

Finally, a quick follow-up: A week ago, I made the case that it was too late to sell Netflix(NFLX), after the stock suffered a sharp decline on a disappointing first-quarter outlook. I suggested intrepid investors might want to start nibbling. And someone did: Pershing Square fund manager Bill Ackman snapped up $1 billion worth of Netflix shares this past week. Ackman said that he’s a big believer in CEO Reed Hastings and the company’s long-term future. Netflix is one tech stock that may now be cheap enough.