The US Digital Skills Shortage Is Worse Than We All Thought

The globaleconomy is becoming increasingly digitalized, with analysts at research firmIDC estimating 60% of global GDP will be digitalized (meaning largely impactedby the introduction of digital tools) by year-end 2022. But this growingdigitalization means that if economies are to remain competitive andproductive, they’ll need workforces broadly equipped with the requisite digitalskills to power this transformation.

America’s12.4 million such “tech-workers” (according to industry association CompTIA)certainly excel here and power America’s tech leaders like Amazon, Apple,Google, Intel, Microsoft and others.

Whereconcern lies regards the American workforce’s facility with using digital toolsin occupations in traditional industries (manufacturing, retail, healthcare,etc.). In manufacturing, this could pertain to workers’ ability, for instance, tointerpret the output of AI-based systems; or to use automated reality/virtualreality (AR/VR) tools to repair an automobile or jet engine; or on a more basiclevel just interpret spreadsheets or use databases.

Theimportance of such skills was highlighted in an exceptional 2017 BrookingsInstitution report titled Digitalization and the AmericanWorkforce, whichexamined the digital content of 545 occupations (covering 90% of all U.S. jobs)from 2002 to 2016. The report ranked the digital-skills intensity of U.S. jobsusing Department of Labor data assessing the extent of workers’ overallknowledge of computers and electronics and the extent of their work activityinvolving interaction with computer systems, tiering U.S. occupations intoeither “low,” “medium” or “high” levels of digital-skills intensity.

TheBrookings study found occupations in virtually all U.S. industries requiringhigher levels of digital skills over the past two decades, with the effectnowhere more pronounced than in manufacturing, where the share of jobsrequiring medium to high levels of digital skill jumped to 82% in 2016, up from53%in 2002.

That concordswith research from ITIF’s report The Manufacturing Evolution: How AI WillTransform Manufacturing and the Workforce of the Future, which found that U.S. manufacturersare introducing dozens of new AI-focused jobs, as well as others requiringfacility with digitally enabled technologies such as 3D printing, robotics, andthe Internet of Things. Some key findings of the report include: Despite AIincreasingly being deployed in manufacturing, manufacturers lack clarity abouthow to implement AI solutions and workers will the skills do so. Also, manufacturers’equipment lacks interoperability with AI and manufacturers are at a loss on howto define the AI skills they do need. 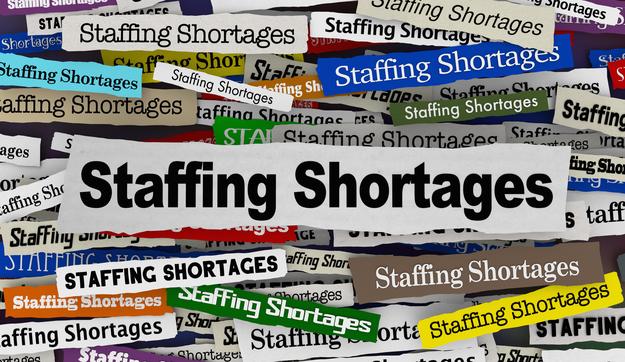 How to Spin and Recover a Cessna 150 https://t.co/ooT8vJDMEQ

Here iswhere the concern lies. According to 2020 research from the Organization forEconomic Cooperation and Development (OECD), fully one-third of working-ageAmericans possess at best limited digital skills. One in six cannot use email,web search, or other basic online tools. Perhaps such a pedestrian performanceshouldn’t be surprising when 23%of U.S. households still do not own a desktop or laptop computer.

Moreover,U.S. workers also fare increasingly worryingly in international assessments ofdigital skills. For instance, the 2021 Global Skills Report issued by online education providerCoursera finds that “despite the rapid rate of digital transformation, U.S.digital skills proficiency falls behind that of many countries in Europe andAsia.” The study, which measures learners on the Coursera platform from 100countries across the business, technology, and data science domains, ranked theUnited States 29th.

Theseresults pose concern for individual American workers, U.S. companies andindustries, and the broader American economy. For workers, a facility withdigital skills will become ever-more important for them to make productive,value-adding contributions in their occupations. At the economy level, thebroader quality of a workforce’s digital skills base becomes a key determinantof enterprises’ and industries’ competitiveness and innovation capacity.

Accordingly,the United States needs to redouble its commitment to digital skills educationand ensuring that America boasts of the world’s leading digitally skilledworkforce, a challenge which will have to be met by a broad range ofstakeholders, from individuals themselves, to education systems across theK-12, community college, and university levels, businesses, nonprofits, andgovernment agencies.

Further, Americashould double its number of science, technology, engineering and mathematics(STEM) high schools, which would allow more students with a passion and deepability to excel in computer sciences. Congress could also create an incentiveprogram for universities that expand computer-science course offerings andproduce more graduates.

But thataddresses the skills of those newly entering the U.S. workforce; policy alsoneeds to be deeply concerned with ensuring individuals already in the workforceacquire needed digital skills, and here U.S. workforce retraining programs needto be dramatically upgraded.

In fact,compared to OECD peers, America invests just one-sixth the OECD average inworkforce training programs (and one-twelfth the level of leaders like Sweden).In part, that’s because the federal government now invests less than half of what it did in such programs 30 yearsago, as a share of GDP. Unfortunately, the U.S. government isn’t alone, as U.S.corporate investment in workforce training (including for digital skills) as ashare of GDP fell by 30% from 1999 to 2015.

To addressthese challenges, Congress should first increase tax credits that supportemployer-sponsored tuition assistance (Section 127 in the tax code). Congresshasn’t increased the eligible amount ($5,250) since 1996, and so Congressshould increase this to $8,500 and index the amount to the annual rate ofinflation going forward. Congress could go even further by establishing aknowledge tax credit that allows firms to take a tax credit both onexpenditures toward R&D and workforce training, expanding the rate from 14%to at least 20%.