The Xbox One Misses the Perfect Set-Top Box Target

could have been the true center of your TV universe that let you throw all those other boxes away.

When Microsoft announced the latest Xbox console it spent a lot of time talking about TV. The first half of the presentation sounded more like a Roku or Apple TV event than a gaming console event. But instead of an DVR-enabled Xbox that works with satellite and cable providers, we got an HDMI pass-through.

Microsoft touts the Xbox One as the all-in-one entertainment system. It plays games, streams video from all the major streaming services, and works with your current cable box. It does it all. But why do we still need a cable box if the Xbox One is supposed to be the center of our entertainment universe?

To be fair, the Xbox TV integration looks pretty stellar. Voice control that actually recognizes your voice (you can change the channel by saying the network), original content is coming (woohoo Halo), on screen fantasy football integration, and you can have video chats while watching TV. Okay, that last one sounds pretty lame. But even though the One is basically going all Google TV on us, it looks slicker and is building upon the entertainment platform that's given the Xbox 360 a second life as a media device in many homes.

More on Xbox One

Exclusive First Look at Xbox One

Close Up With Xbox One: Every Photo You Could Ever Want

Behind the Scenes of Xbox One's Development

How Xbox One Will Fight Sony, Steam, and Everything Else

But the company should have gone further. The console features game DVR, but no actual TV DVR. Using a pass through lets the Xbox work with your existing cable or satellite box, but you're still stuck with a cable or satellite box. It could be that Microsoft wasn't willing to navigate the wild and wooly world of subscription TV. 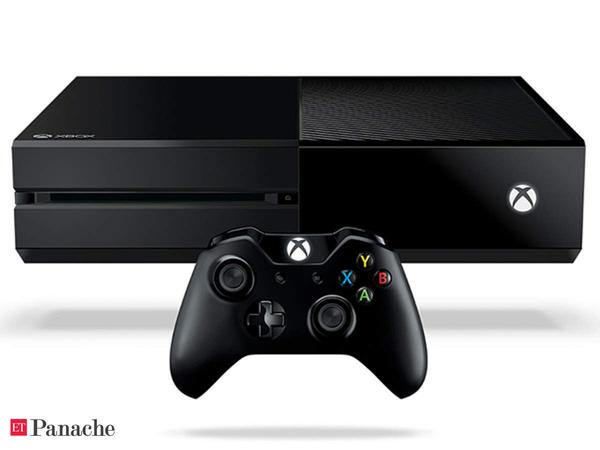 It's easy to name off a few major pay-TV providers; Comcast, Time Warner, Dish, DirecTV. Microsoft would have to deal with not only the these companies, but the myriad of smaller pay-TV providers. With over 50 providers in the U.S. alone, that's a lot of new partners to deal with. Plus, there's the hardware issue.

To work with a cable service, a CableCARD and software would have to be integrated in

to the device. If you've ever installed a CableCARD into something like a TiVo, you know it doesn't always go as planned. Cards can stop being recognized by the operator. Sometimes channels you've subscribed too don't always immediately work on systems with CableCARDs. Now instead of fielding calls about games not loading, Microsoft is troubleshooting dozens of cable and satellite providers.

Microsoft would also have to deal with multiple versions of the Xbox One for international sales. The European CableCARD, while similar to the U.S. version, is not interchangeable. In Japan, the cable and satellite cards wouldn't even fit into the slot used by the U.S. market.

But, that doesn't mean the company won't add live TV or DVR capabilities to the Xbox One in the future. When the Xbox 360 launched, Netflix's streaming service didn't exist. Now streaming video is an integral part of the Xbox experience thanks to Netflix, Amazon Instant, and HBO Go.

With subscription TV over IP coming from Intel later this year, there's always a chance that Microsoft could partner with Intel or other over IP pay-TV service to bring a full live TV experience to the Xbox One. Why fight with cable cards when a software update could deliver the same content?

By creating the ultimate all-in-one entertainment solution, Microsoft can convince more than just gamers that the Xbox One deserves to be plugged into their TV. In the competitive console world, you have to look beyond the hard-core gamer because everyone in the home uses the TV. Plus, Microsoft can convince non-gamers to sign up for it's Xbox Live Gold account. At $60 a year, it's cheaper than DVR solutions from TiVo and pay-Tv providers.

And if the box is on all day, that's an opportunity to serve ads for games and services. If you're watching True Blood all weekend, you might be more likely to buy a vampire-themed video game.

about its upcoming console, is still keeping some features under wraps.

Microsoft could have something wonderful up its sleeves at E3. In fact, Sony could also be hiding a magical set-top strategy for a grand reveal at E3. But as it is now, the search for the perfect set-top box continues.