Government policies will help drive the EV revolution. The U.S. auto industry had agreed with the Biden administration to a goal that 40% to 50% of new vehicle sales be electric by 2030. The European Union plans for all new cars registered in 2035 to be “zero emission.”

Some investors are already shying away from Tesla TSLA,+2.08% and Nio NIO,-0.99% because of those stocks’ high valuations relative to expected earnings and sales. You can see those numbers here. Shares of both of these EV manufacturers have cooled off — Tesla is down 3% for 2021, while Nio is down 21%.

But Osmani thinks it is important for investors to participate in what he calls “almost a certain structural growth driver” — the shift to electric vehicles mandated not only by governments around the world but by consumers.

Growth — high returns while avoiding the risk of changing tastes

The Martin Currie International Unconstrained Equity Fund is rated four stars (out of five) by Morningstar. During an interview, Osmani said he is playing the long-term transition to EVs by investing in companies that would serve all manufacturers, in industries with the highest returns on invested capital (ROIC).

A company’s ROIC is its earnings (less dividends paid out) divided by the sum of its equity and debt. If you are comparing two similar companies, ROIC can provide insight into which management team deploys capital most efficiently.

Taiwan Semiconductor makes computer chips used in various aspects of EV manufacturing. With $45.48 billion in sales for its most recently completed fiscal year, it ranks second (behind Intel Corp. INTC,-0.67%, with annual sales of $77.87 billion) among the 30 components of the iShares Semiconductor ETF SOXX,+1.92%, which tracks the PHLX Semiconductor Index SOX,+1.83%.

ASML makes specialized equipment used by semiconductor manufacturers — a business Osmani described as “a quasi-monopoly on the high-end tools.” 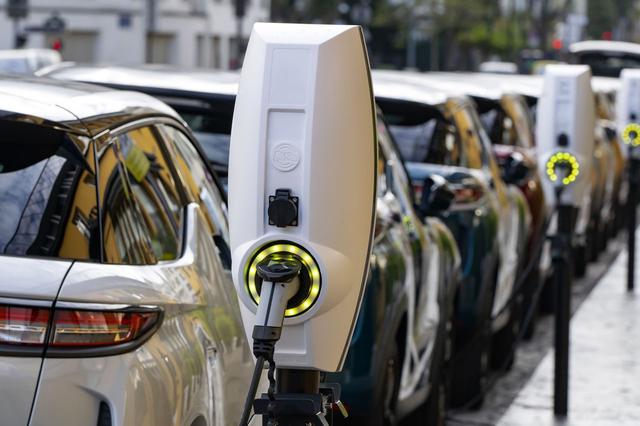 Osmani holds Taiwan Semiconductor and ASML in the fund as well as Infineon Technologies AG IFX,-3.58% IFNNY,-2.27%. “Infineon has close to 40% of its revenues generated from the autos end-market, so that is a very highly exposed company to the auto cycle,” he said.

Here are average ROIC for the past five calendar years for those three companies:

We are using calendar years for these figures; Infineon’s fiscal year ends in September.

Looking ahead, here are consensus sales estimates among analysts polled by FactSet for the three companies, in U.S. dollars, through calendar 2025 (if available):

Each company has a different number of years for which consensus sales estimates are available:

Here are consensus earnings estimates for the group:

Here’s a summary of opinion of these three stocks among analysts polled by FactSet:

Keep in mind that analysts who work for brokerage firms use 12-month price targets to drive their ratings. One year is actually a rather short period for a multidecade technological transformation.

As always, if you see any potential investments of interest, you should do your own research and form your own opinion about companies’ business strategies and likelihood of continued success.

Don’t miss: 20 stocks for maximum growth as the world switches to clean energy