Pakistan is witnessing its cryptocurrency movement on Twitter, led by a ‘crypto influencer’ and TV host Waqar Zaka who has emerged as a hero for many people online.

In 2019, Zaka had filed a petition in Sindh High Court for legalising crypto currency in Pakistan. The case resulted in the formation of a committee headed by State Bank of Pakistan deputy governor Sima Kamil.

On Wednesday, the committee in its report recommended a total ban on cryptocurrency, according to a Dawn report.

Zaka has accused the government of censoring his voice against the crypto ban because it does not want to legalise decentralised money in the country.

“I am getting strange calls from unknown numbers that I should not appear in Sindh Court tomorrow, for Crypto currency ban case otherwise I will be put in jail as@ImranKhanPTI is against crypto. Do whatever you want, I will appear tomorrow” 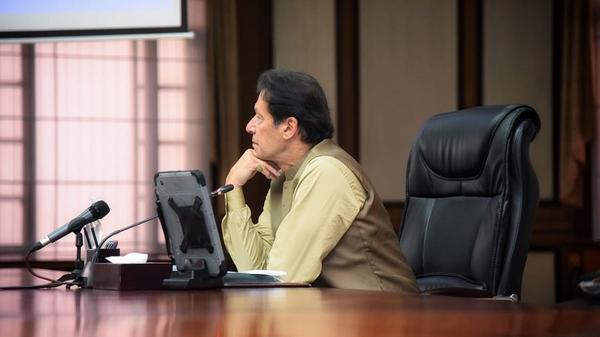 In a separate video message, Zaka threatened to hit D-Chowk (Democracy Chowk) in Islamabad to protest against the proposed ban on cryptocurrency, if all legal doors are closed.

In another tweet, posing as a saviour of the crypto ecosystem, Zaka wrote: “Sir @ImranKhanPTI you are pushing the youth to show their power through #TechnologyMovementDharna. No one should worry, as long as I’m alive & Govt don’t put fake cases on me, I will not let Crypto get banned. But it’s sad to see @ImranKhanPTI digital policy.”

Many Pakistanis think crypto is the solution to their financial woes. The country is facing high inflation, heavy debts, and low foreign reserves.

A user wrote: “To get Pakistan out of this financial crisis innovation is required.

@ZakaWaqar has an idea to end this crisis. This requires the legalisation of crypto currency in Pakistan. @ImranKhanPTI Sir it is my humble request that you atleast look into this idea.”

For Pakistanis, Zaka is a hero sacrificing his comfort for the people. Some have even declared him the new Prime Minister of Pakistan.

While China, Russia, Turkey, Egypt, Qatar, Vietnam and Bangladesh have completely banned the trade of cryptocurrencies, the US, UK, Australia, and European Union are still working on regulations. El Salvador, on 7 September 2021, became the first country to adopt Bitcoin as a legal tender.

But some Pakistanis see crypto as a prerequisite to “digital Pakistan”, calling it their only hope, while others see it as the new technology to compete with the world. A user by the name ‘Ali Zia’ wrote: “We want crypto, not just because we can earn by trading but it’s also a new technology which we have to learn so we can compete with the world.”

Calling Zakar “a one man army”, another handle wrote: “@ImranKhanPTI is afraid to take a bold step, he is afraid of foreign stakes involved. Only man like u, have guts to speak and take courageous moves. One man army”