The French ambition to become a world leader in deeptech is one of Europe’s worst-kept secrets.

Not only does the country have one of the biggest deeptech funds in Europe, Bpifrance, but more importantly it has the people and the pipeline of talent through a best-in-breed university system, which is helping the country become a hotbed for innovation.

Quantum is one segment of deeptech where the French are leaving the rest of Europe, and in fact most other nations, far behind. The ambition to set up a quantum hub in the Paris region, linking large corporations and startups, is truly impressive and far-reaching.

Not only is the region focusing on nurturing homegrown talents, but they are also actively scouting for overseas companies to set up European headquarters in the cluster. How would we know? Well, we were one of the very few UK companies targeted.

France has always been at the forefront of cryptography and has one of the richest ecosystems for quantum pioneers. That history includes individuals ranging from the winners of the Nobel Prize in Physics, Albert Fert and Serge Haroche, to French National Centre for Scientific Research (CNRS) Gold Medallist Alain Aspect’s pioneering research on quantum entanglement and quantum simulators.

To build on this, earlier this year the French government announced a €1.8bn strategy to boost research in quantum technologies over five years. This will see public investment in the field increase from €60m to €200m a year. 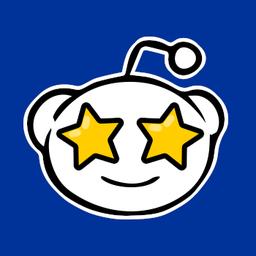 Not only is investment increasing, but the often overlooked part is that funding is being funnelled into various fields of quantum computing. France recognises that quantum computing is not a homogenous industry and that various aspects require attention outside the development of actual quantum computers.

For example, one such area is security. Once a functioning quantum computer emerges, the cryptography that is used to secure all data and communications will become obsolete overnight.

Compounding this risk is the “harvest now, decrypt later” threat. Nefarious hackers might intercept data today and then hold onto it until quantum computers are advanced enough to decrypt it. To tackle this, new encryption methods are being developed that can stand against these new powerful computers, also known as post-quantum cryptography (PQC).

It’s clear France recognises this threat, with plans to put €150 million directly to R&D in the field of PQC. This is in addition to the €780 million that is being devoted to developing computing alone, and the €870 million that is being set aside for sensor research, quantum communications and other related technologies.

What’s the rest of Europe doing?

Taken together, France is building a framework for industrial and research forces to make the country a key player across the entire quantum ecosystem, from computing development to post-quantum security.

So how does the rest of Europe compare? The short answer is that it’s lagging far behind.

France’s closest competitor is Germany, with its government recently pledging to invest €2bn in quantum computing and related technologies over five years. That’s a larger number than France’s commitment but it appears the scope is to only build a competitive quantum computer in five years while growing a network of companies to develop applications.

Investments by other individual governments across the rest of Europe are minimal, with many relying on the EU’s Quantum Technologies Flagship programme to lead the way. However, with $1.1bn earmarked to cover 27 countries, little attention is being placed beyond computing R&D into adjacent fields like quantum security and communications.

Is France a global leader?

Even if we focus on the security side of the coin, France is well on its way to protecting itself against the very real security threats quantum computers will pose, with the rest of Europe leaving themselves vulnerable.

It is also the case that France, in my opinion, is keeping pace with the traditional leaders — the US, China and Canada — and even pushing ahead in some areas.

While the US, Canadian and Chinese governments have committed impressive amounts to quantum, much of the focus in these countries is on developing a functioning computer, without recognising that a successful quantum strategy needs to be much broader. For example, although it has now developed a broad security roadmap, the US Department of Homeland Security’s budget for next year makes scant reference to quantum computing and the technology that is going to underpin post-quantum security.

If we measure success in quantum by not only how quickly we can develop such computers, but also how effectively they can be applied and how robust our protection is against the darker side of the technology, then I’d argue that France has the world’s most balanced and systemic approach.

France is firmly Europe’s trailblazing nation; the rest of the continent ought to take note.

Andersen Cheng is CEO of Post-Quantum and Nomidio